Survey of International Students in Canada

On Twitter, Students Want to Know: How Many Retweets for a Full-Ride Scholarship? – The Chronicle of Higher Education 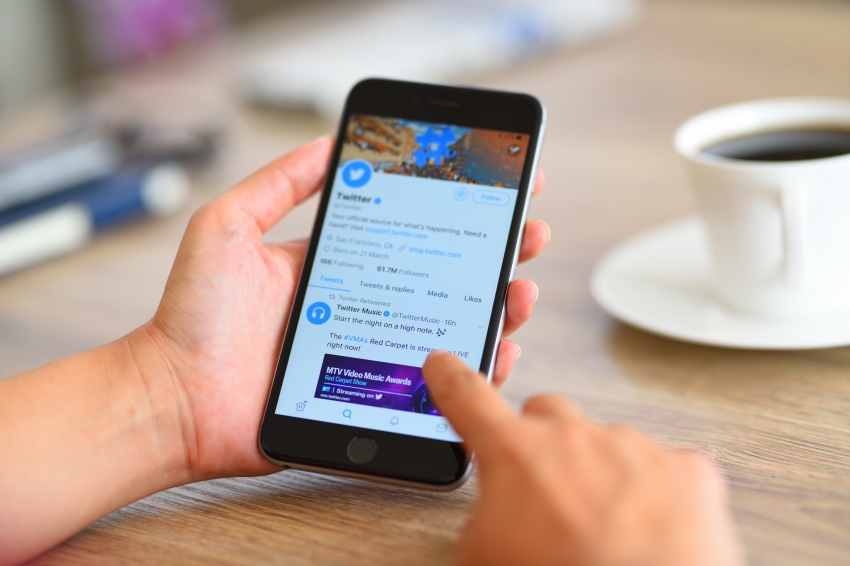 Among other things, Layton Newberry had chicken nuggets on his mind this month when he posed a simple question to the University of Arizona’s Twitter account: How many retweets for a full ride?

Newberry, a senior at Chino Valley High School, was pretty sure he would get a scholarship based on his grades and SAT scores, but he still worried it wouldn’t be enough to cover his tuition. He wanted to earn a business degree and ultimately open a water park in Texas.

The most retweeted tweet in history — a plea for free chicken nuggets for a year — had inspired Newberry to tweet at major companies before, including the electric-car manufacturer Tesla, though he had never heard anything back.

Why not? he thought, and tweeted at Arizona.

To his surprise, the university respond with a figure: “18 mil.”

Newberry didn’t end up getting 18 million retweets — no single tweet has ever crossed the four-million mark — or a full ride. He did, however, amass 66,000, some Wildcat swag, and a great conversation starter.

Social-media managers in higher education told The Chronicle they receive a steady stream of such messages, with a boom in some cases following the viral success of two recent tweets: Newberry’s and another student’s tweet — later revealed to be a hoax — involving Louisiana State University. Ironically, it drew more than three times as many retweets as Newberry’s legitimate request.

Jake Terry, senior social-media strategist at LSU, confirmed that the tweet had never been sent to the university. Louisiana State, he wrote in an email, had received retweets-for-scholarship messages in the past, but had “never responded with a number because that is not how we award scholarships.”

Terry said that since the tweet went viral, the university had received inquiries from some 200 people about how many retweets they would need to get a scholarship. LSU has never received so many messages of that variety, he said.

Bridges Coffey, a high-school student in Knoxville, Tenn., wrote via Twitter that he didn’t expect his tweet to blow up. Even if it did, he said, the whole thing was supposed to be “a joke with a handful of friends from school, so eventually we just faked an image and posted it.”

Erik McEwen, the social-media manager at Arizona, can sympathize. He was the one who jokingly responded to Newberry’s message with “18 mil,” an echo of the famous chicken-nuggets tweet. McEwen said he had sent a follow-up message confirming the response was a joke and noting that he lacked the authority to award scholarships.

McEwen said he receives many messages like Newberry’s — about 20 a day, in fact.

He uses the “18 million” response for prospective students who pose the retweet question to add a bit of levity to the messages.

So how should a college respond to a request for free tuition? For a corporate brand, such viral marketing is a godsend that requires little effort or resources from the company. But colleges can’t hand out free tuition to every person on Twitter who goes viral — or tries to, anyway. And they have a harder time benefiting from all that attention.

Responses vary, but many of the social-media managers The Chronicle spoke to have tweeted screenshots showing their inboxes filled with offers for retweets. Virginia Commonwealth University posted such an image along with a disclaimer: “Unfortunately, we cannot exchange RTs for RamBucks, tuition, admission, housing, or well, literally anything.” The tweet went on to include links to the university’s scholarship programs, among other resources.

Before that tweet, Megan Schmidt, a social-media strategist at the university, said it had handled such messages with a standard response that included an apology: “We’re sorry, but we cannot give away tuition based on retweets.”

The Future of Enrollment

Schmidt said the VCU account had received a lot of those requests in the past week. “All in all, though, I think this whole phenomenon is an interesting, albeit sometimes frustrating, example of Generation Z’s entrepreneurial spirit,” she wrote in an email. “If a college ever takes one of them up on the exchange, it’ll still take personal brand development and marketing skills to get them to their retweet goal. Some part of me has to hand it to them — they definitely think outside the box.”

Matthew Gerrish, the social-media editor for Weber State University, wrote in an email that the Utah institution started getting such requests for free college in 2017. But in the last week, it has received five to 10 new pleas. He suspects the LSU tweet is to blame.

“Perhaps it’s because I’m a bit jaded, as I look at social-media content from young adults and teenagers all day, but I think part of it is because of the social-media culture they are immersed in,” he wrote. “A combination of narcissism and desperately seeking fame and/or attention through viral content probably plays into this a bit.”

Correction (8/22/2018, 11:46 a.m.): The University of Arizona says it erroneously reported how many messages it receives like Newberry’s. The number is 20, not 50. The article has been updated to reflect that correction.

Source: On Twitter, Students Want to Know: How Many Retweets for a Full-Ride Scholarship? – The Chronicle of Higher Education