Goucher College says it’s eliminating liberal arts programs such as math, physics and religion, in attempt to keep costs down

On Twitter, Students Want to Know: How Many Retweets for a Full-Ride Scholarship? – The Chronicle of Higher Education 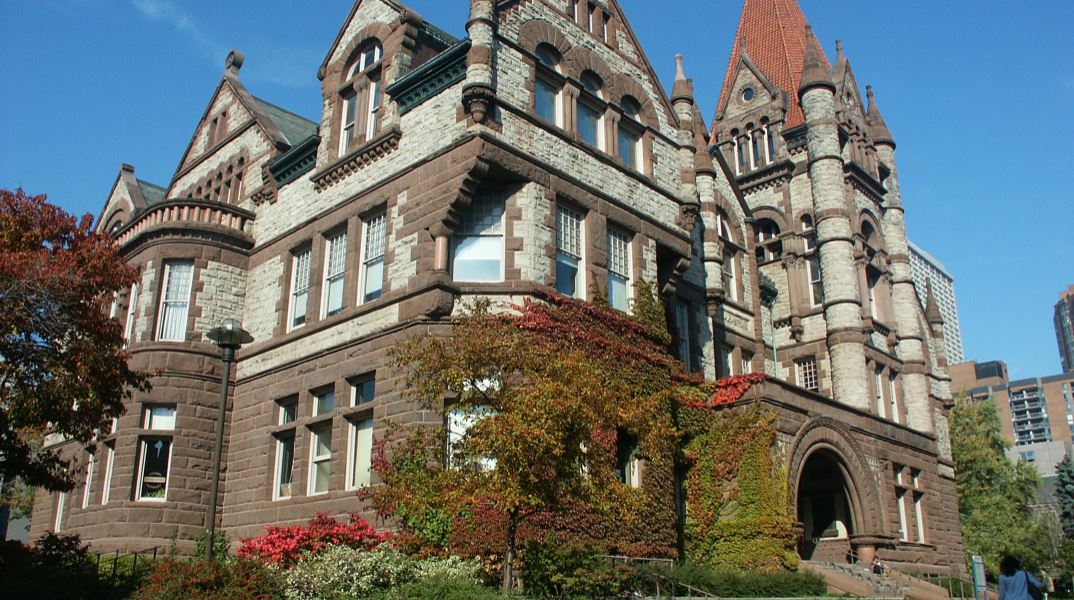 Last week, in response to a diplomatic dispute over human rights, Saudi Arabia suddenly ordered all Saudi students to leave Canada — a move that will undoubtedly cause headaches for Ontario universities and colleges. There are thousands of such students in Ontario. Their tuition is generally covered by the Saudi Arabian government; many would find it unaffordable otherwise. For example, the University of Toronto’s engineering school charges non-citizens nearly $55,000 for a single year. It may not be possible to replace that revenue in time for September.

The debacle highlights how important international students have become to Ontario’s economy. Including those studying in the K-12 system, language schools, and colleges and universities, there are now an estimated 150,000 international students in the province. Collectively, they contribute an estimated $5.68 billion to Ontario’s economy each year.

The growth of the international-student population is mostly a good thing. Their tuition allows universities and colleges to expand programs and fix up campuses without needing to call on taxpayers or to raise domestic tuition. The students also bring an international perspective to classrooms, which can improve the learning experience for domestic students. On top of that, they already speak English or French and often graduate with the skills needed contribute to the economy.

But the sudden loss of Saudi students serves as a warning that Ontario’s colleges and universities shouldn’t become too dependent on students from any one country. The Saudis make up less than 5 per cent of Canada’s international students, meaning that the economic hit is manageable. But if there were ever a mass exodus of Chinese or Indian students, Ontario colleges and universities would be facing a full-blown crisis.

Consider Centennial College in Toronto. About 9,000 out of its 25,000 students are from overseas, and a whopping 57 per cent of those students come from a single country: India. As each is paying nearly $15,000 in tuition and fees, these students represent tens of millions in revenue.

It’s not unthinkable that Indian students could decide to steer clear of Canada. In 2010, after a series of violent attacks on Indian students in Australia — including a murder in Melbourne — the Indian media raised questions about whether Australia was safe. The Indian government responded by issuing a travel warning about “assaults and robberies,” and the number of Indian students studying in the state of Victoria, where Melbourne is located, fell from 65,000 to 7,300.

For example, one-fifth of the University of Waterloo’s 33,230 undergraduate students are international; in 2017–18, more than half of them — 53 per cent — were from China. If those roughly 3,100 students, who typically pay a minimum of $31,030 in tuition, chose to go elsewhere, Waterloo would be looking at a $100 million hole in its $1 billion budget.

Similarly, one in five of the University of Toronto’s 70,000 undergraduates are international — 63 per cent of them are from China. That’s about 9,000 students.

Usher says it’s unlikely that China will order its students to stop coming to Canada, but the risk does exist, and it’s growing.

“It’s pretty clear that Xi Jinping has some issues around ideological control of education,” he says.

Xi, who took over as president in 2013, has repeatedly cracked down on Chinese universities he considers ideologically impure. It’s not beyond the bounds of belief that he may decide Western universities are a threat to young Chinese minds and ban his citizens from attending them.

Waterloo says it’s working on diversifying the source countries of its international students. “China does represent the largest number of international students at present, but the largest growth area of students is coming from other areas of the world, in large part to our diversification efforts, including from countries such as India,” says Waterloo spokesperson Matthew Grant. In fact, 2017–18 was more diverse than the previous two years, when undergrads from China topped 60 per cent of the international population.

Diversification also seems like a wise strategy when it comes to international expansion. In 2009, Waterloo made a big bet on a single nation — the United Arab Emirates — opening a campus in Dubai that was supposed to spin money for the school. But it failed to attract more than 79 students at any one time, and the program closed in 2013. Waterloo will not say how much money it lost as a result.

Algonquin College in Ottawa had a similar misadventure when it tried to expand into the Middle East. It opened a campus in Jazan, Saudi Arabia, in 2013, expecting that it would generate $19.9 million in revenue over five years. The school was shuttered three years later at a cost of $9 million.

One institution that Ontario schools might look to as a role model is McGill University, in Montreal. Thirty per cent of its 40,000 undergraduate and graduate students are international, but no single country sends more than one-fifth. Students from the United States and China each make up 20 per cent, French students make up 16 per cent, and significant numbers of students come from 10 other countries: Brazil, Egypt, Germany, India, Iran, Japan, Mexico, South Korea, Turkey, and the United Kingdom. If China or India were suddenly to stop sending students to Canada, McGill would be in a relatively good position to cope.

Josh Dehaas is a freelance journalist whose work has appeared in Maclean’s and the National Post, among others.