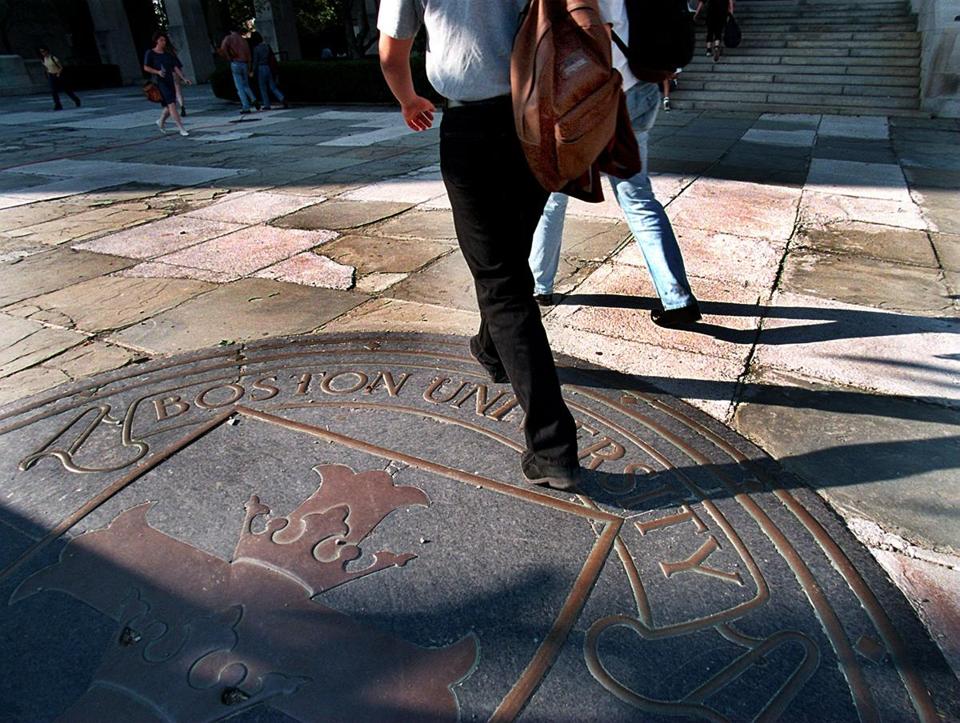 The number of international students applying to US graduate business programs dropped dramatically over the past year, likely as a result of political uncertainty caused by the Trump administration, according to two recent reports and local business school administrators.

A study released in October by a business school trade organization found that although the overall volume of applications to graduate business programs worldwide in 2018 stayed flat compared to 2017, foreign student applications to MBA programs in the United States fell by 10.5 percent.

The decrease in international students is significant because they make up about one-fifth of all business students in the United States and — as students paying full tuition — are an important source of income for business schools across the country.

At Boston University, the number of international applications dropped by 20 percent this year, mainly due to a drop in applicants from China, said J.P. Matychak, an associate dean at the Questrom School of Business. Domestic applications grew about 3 percent, he said.

“I think the political climate is a big driver in the drop,” he said.

Because of uncertainty about US visas to work after graduation, more international students have begun to look for work in other countries, he said. And business schools in Asia have become more competitive.

Some schools have managed to buck the trend so far. Bentley University, a college in Waltham known for its business programs, saw applications grow, even among foreign students, according to Carolina Figueroa, the vice president for enrollment management. Between 30 and 50 percent of MBA students are international, she said.

Figueroa credits Bentley’s good fortune to the school’s top ranking in the Princeton Review for career placement, a prime concern for many MBA candidates, especially foreign students who want to stay and work. But she is not certain this trend will continue.

“It depends a lot on the international climate,” she said. “Every time there is rhetoric about the US changing anything having to do with visas, jobs, we get phone calls. It’s going to get more and more challenging as an industry.”

At Simmons University, formerly Simmons College, the MBA program is now all online and does not accept international students. The school scrapped its on-campus women-only MBA in 2015 because of financial challenges stemming from low enrollment.

At the MIT Sloan School of Management, the number of applications dropped this year to 5,560 from 5,798 last year. But that is still higher than five years ago when 4,529 people applied. The school declined to say how many were international.

The softening is correlated with international student concerns about the ability to obtain visas and worries about being able to stay and work in the United States after graduation.

That drop in overall applications is happening elsewhere in the country as well.

At the Wharton School at the University of Pennsylvania, one of the top MBA programs in the nation, the number of overall applications dropped from 6,692 last year to 6,245 this year, according to the school’s website, although the number of students who enrolled stayed around the same at 862.

Financial analysts have taken note of this trend, with Moody’s Investor’s Service saying the decreasing demand could hurt the finances of colleges and universities with large graduate business programs.

The fall in applications for business schools is consistent with data about the overall number of international students coming to the United States. Last year for the first time in more than a decade, the number of new international students declined. These are students who applied to schools in the United States during the 2016 election cycle, and many have cited the anti-immigrant rhetoric and the tightening visa regulations as reasons for looking to Canada, Australia, or Europe.

Goodman said the trend will not spell doom for business schools just yet. The United States will continue to have an unparalleled number and variety of schools, but other countries have put energy into developing attractive programs to lure students to their own colleges and universities.

Some UK business schools offer English language programs in other foreign countries that are closer to home for international students and cheaper.

At the University of Toronto, a top school in Canada, applications to the full-time MBA program were up 7 percent over last year, according to the university. And the year before that, they rose 28 percent, mostly due to international applicants.

The Moody’s analysis said top-tier schools like Harvard and Stanford will mostly not be affected. The big hit will come to lower-ranked schools, which will see stagnant or declining revenue from their business schools.

The drop follows a similar decline in applications to law schools after the recession. But unlike law schools, most business schools are attached to larger universities, so the blow will be cushioned, according to the Moody’s report.

A bit of good news: Business schools tend to be flexible, the Moody’s report pointed out. That means they can tailor the type of degrees they offer to meet demand. For example, there has been a drop in interest in accounting programs, but increased demand for data analytics business degrees, the Graduate Management Admissions Council study found.

The annual study found that the overall volume of applications to MBA programs worldwide remained stable despite declines at most US programs. Increases in applications in Europe and Canada were mostly due to international students, the report found, while increases in Asia Pacific, which includes Japan, Australia, and Singapore, were the result of more domestic demand.