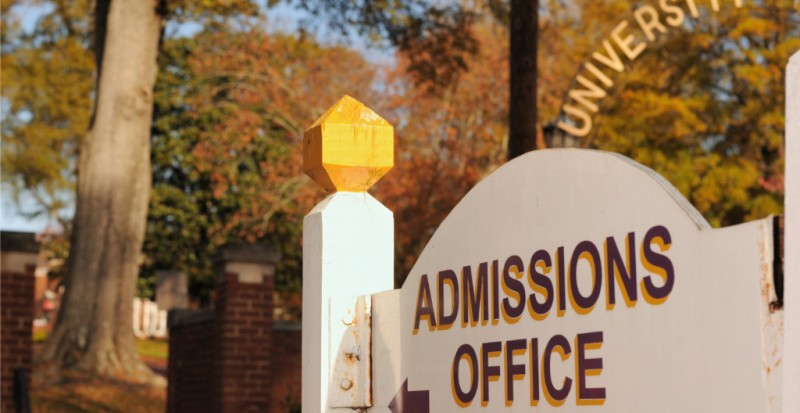 The annual “State of College Admission” report is important for several reasons. One is that it dispels the myth — propagated by many who write about college admissions — that it’s impossible to get into college. You know the articles about how one is more likely to be struck by lightning than to be admitted to Stanford. Perhaps true for Stanford.

But as the report — issued by the National Association for College Admission Counseling — demonstrates, it’s actually not hard to get into college. The average four-year college admits nearly two-thirds of those who apply, and this is true from year to year in the study, going up or down by a point or so. For fall 2016, the year covered by the report (for those data), the figure was 65.4 percent, down slightly from 66.1 percent the year before. And this doesn’t count community colleges, which are open admissions.

Sadly, the public seems to ignore that finding every year. But there are other data points (based on surveys of college admissions officers and high school counselors) that may be of particular importance this year because of various debates in the policy world. (Inside Higher Ed also surveys these groups but focuses on questions not asked in the NACAC survey.)

This year’s report comes out amid a renewed national debate, prompted by the lawsuit against Harvard University, over the consideration of race and ethnicity in admissions. NACAC asked colleges about seven student characteristics and how important they are in admissions. Despite the debate over race-based affirmative action (in which some say colleges should pay more attention to socioeconomic status as opposed to race), colleges reporting paying more attention to first-generation status than to race/ethnicity.

What do colleges emphasize more than personal characteristics of students? Academic factors (grades, especially in college preparatory courses, and test scores) count, the report finds. Of the top eight factors, only one (demonstrated interest) is not based on academics. Demonstrated interest is a measure of whether an applicant is really interested, such as whether she visited a campus or engaged with the admissions staff.

NACAC has been asking about these priorities in admissions decisions for some time, and so offered some comparisons over time. Generally, grades have been on the top of the list for some time. But grades in all courses have gone up in importance over time. In 2007, only 52 percent ranked that factor as of “considerable importance” compared to 81 percent in this year’s survey. Test scores — though still a top criterion — may be going down in importance. In 2007, 59 percent ranked test scores as of considerable importance, and that figure was 54 percent last year and 52 percent in the new survey. A drop would be consistent with the predictions of many experts that the shift by the University of Chicago to test optional may influence the views of other colleges on the value of standardized admissions tests.

The survey also asks about criteria for evaluating transfer applications. Here grades are still on top, but the grades that matter aren’t those from high school, but those from the college the applicant first attended. The top criteria (with 82.5 percent of colleges saying it is of considerable importance) was grade point average at prior institution. Close behind (at 72 percent) was grade ikju;78point average in transferable courses.

Another topic covered in the survey is early applications — both early decision (where an applicant commits to enroll if admitted) and early action (where applications are due earlier and are acted on early, but no commitment is made).

This year’s survey shows that early options are increasing in popularity among applicants. Further, the data confirm the conventional wisdom that, for most applicants, odds of admission are greater when applying early than regular decision.

Between fall 2016 and fall 2017, colleges reported an average increase of 4 percent in the number of early-decision applicants and of 5 percent in those admitted through early decision. This builds on previous increases. From fall 2016 to fall 2017, colleges reported that the number of early-action applicants increased by 9 percent, and the number accepted through early action went up 10 percent. Early programs were most popular with those colleges with greater levels of competitiveness (lower admit rates).

NACAC also asked colleges about their tactics for recruiting applicants. For all the talk about social media and texting, the top tactics (digital and otherwise) are email and college website. The survey finds some differences in priorities based on whether the target is a first-time (domestic) freshman or a transfer or international student. While not making the list below (showing the top 10 strategies), 18.2 percent of colleges reported that having a test-optional admissions strategy was of considerable importance in recruiting first-time freshman applicants.