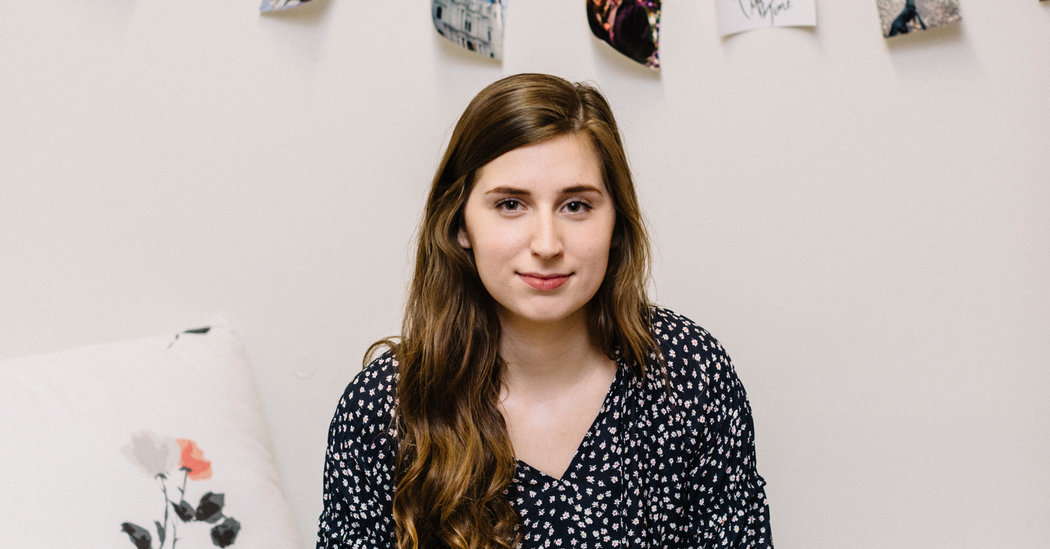 With college prices in the hundreds of thousands of dollars, more middle-class families are looking for ways to spend less for quality education.

PASADENA, Calif. — When top students from the sun-dappled suburbs that surround Pasadena, Calif., graduate from high school, they are expected to go to colleges that are prestigious, pricey and often far away. Last year, seniors from La Cañada High School, one of the highest rated in the state, fanned across the country to M.I.T., the University of Michigan and Yale.

But 18-year-old Annie Shahverdian, the daughter of a commercial real estate agent and a nursing administrator, started her higher ed journey closer to home, 15 minutes down the road at the local community college. To save money, she is planning to spend two years at Pasadena City College, a two-year public institution, before heading to what she hopes will be a top four-year university where she will earn her bachelor’s degree.

“My parents don’t want to just throw money around now,” Ms. Shahverdian said as she walked across Pasadena’s 53-acre campus, heading toward her English class. “I’m getting a great education at a fraction of the cost.”

Community colleges have long catered to low-income students who dream of becoming the first in their families to earn a college degree. And for many, that remains their central mission. But as middle- and upper-middle-class families like the Shahverdians face college prices in the hundreds of thousands of dollars, more of them are looking for ways to spend less for their children’s quality education.

“This is about social norms,” said Sara Goldrick-Rab, a professor of higher education policy and sociology at Temple University in Philadelphia. “More middle-class parents are saying, I’m not succumbing to the idea that the only acceptable education is an expensive one.”

You have 4 free articles remaining.

A 2017 study that looked at tax records and college attendance data found that hundreds of two-year colleges are now magnets for well-off students, with many — like Williston State College in North Dakota, and Colorado Northwestern Community College in Rangely — having clocked notable increases. More recently, colleges like Northern Virginia Community College have reported their own increases. The number of first-time students there whose family income is $60,000 or above rose 69 percent, to 6,104 this past year from 3,610 in 2010.

[READ MORE: With Changing Students and Times, Colleges Are Going Back to School]

Academics who study college pricing say they think the phenomenon is likely to take off further as more cities, states and institutions start free programs like the one Gov. Jerry Brown of California signed into law in October. Already, some free community college initiatives have become magnets for middle-class students. Oregon is making changes to its program, Oregon Promise. But last school year, the majority of the $11.8 million in aid went to upper-income families.

Ms. Shahverdian is taking advantage of a free-college program Pasadena began, as it waits for the state to fund Mr. Brown’s plan.

She Was Exonerated of the Murder of Her Son. Her Life Is Still Shattered.

And this fall, Princeton will join a growing group of selective colleges that are focusing more on transfer students. The initiative is directed at attracting more low-income students, but middle-class ones are also likely to see benefits.

To lure students, some two-year colleges are starting to look a lot like their four-year peers, offering study abroad programs, modern dorms and renovated cafeterias. 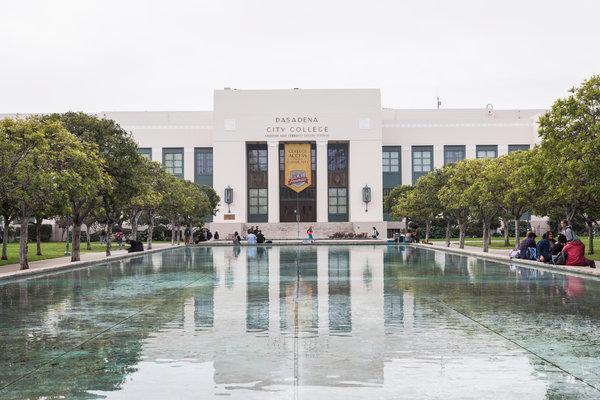 “We don’t have lazy rivers and climbing walls,” said Scott Ralls, the president of Northern Virginia Community College, which consists of six campuses outside of Washington that have become magnets for the area’s middle-class students. But the college does have an honors program, a hockey team and a new 80,000-square-foot fine arts center, with a campus bookstore, a fitness center and a multipurpose gym.

As for Pasadena, the outdoor Olympic-size swimming pool is hard to miss, along with sign-up sheets for tennis and fencing, and coding clubs. Nearby, students can grab coffee at the campus espresso bar.

“We want to serve everyone in this community,” said the school’s superintendent-president, Rajen Vurdien. That includes a club that supports students who have recently been released from prison, a club to aid recently arrived immigrants and a tutoring collective. There are signs for the campus food pantry and pamphlets for the free dental clinic.

Ariana Woodworth, a first-year student who graduated last year from South Pasadena High School and wants to transfer to the Parsons School of Design in Manhattan when she finishes at Pasadena City College, says being thrown into the melting pot that is community college has been an important plus. Her high school was mostly middle class and wealthy.

Still, going 15 minutes from home for college, while many of her classmates were heading across the country, “took a toll.”

And not everyone thought it was a great idea. Ms. Shahverdian said one classmate at La Cañada told her: “Oh, that’s good for you. But I would never be able to do that.”

Nshan Boiadjian, 20, is expected to graduate in May from Valencia College in Orlando, Fla., with his associate degree in general studies. “A lot of people think if you don’t go to a big, hot-shot university, your education is garbage,” he said. “It’s not.”

A self-proclaimed “talker,” Mr. Boiadjian said he benefited from the small class sizes common at Valencia and the engaged teachers whose focus was their work in the classroom, not their research. Few community college professors do outside research.

He recalls spending hours after one mythology class debating the origins of Buddhism with a professor and several other energized students. “We went on and on.”

Valencia has recently become one of a growing number of community colleges to administer a bachelor’s degree, and Mr. Boiadjian has decided to stay on.

Community colleges face significant graduation challenges, though. Nationally, just 6 percent of community college students get a bachelor’s degree within five years, according to data from 2004 through 2008 from the National Center for Education Statistics. For students whose parents have degrees, the outcomes are slightly better, but not by much.

Mia Fleming, an international business major at Pepperdine University, thinks she knows why. During her two years at Merced College, a 15,000-student commuter college north of Fresno, she saw how a lean roster of guidance counselors made it challenging to stay focused and motivated. She said she needed to “really seek out” good teachers.

Ariana Woodworth is a first-year student at Pasadena City College and wants to transfer to the Parsons School of Design in Manhattan.CreditEmily Berl for The New York Times 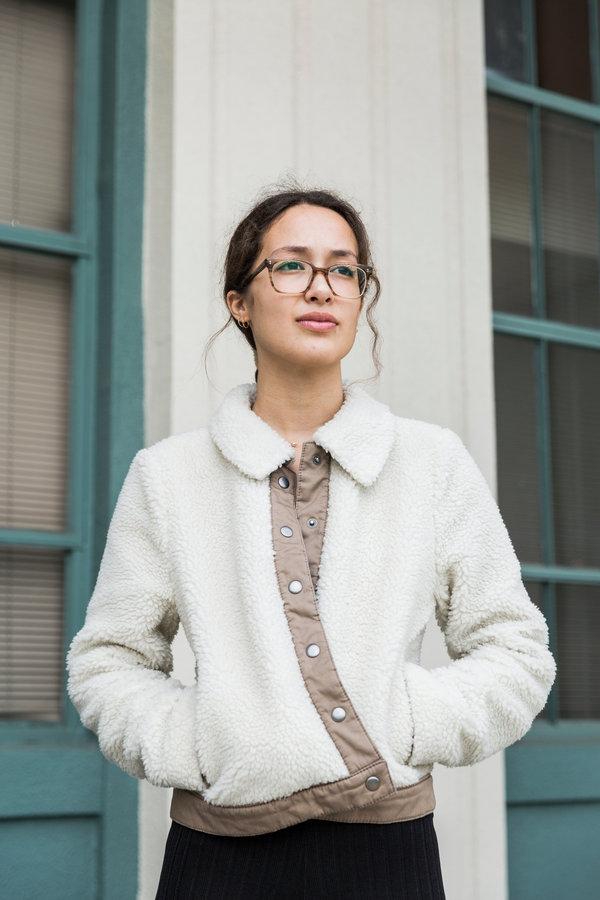 Nicole Figueroa is in her third year at Pasadena as a communication studies major, and she hopes to become the first person in her family to get a four-year degree. She has no issues with attending a community college that serves middle-class students, as long as administrators do not lose sight of their work with low-income ones. The school offers an abundance of key services, she said, but needs to get better at “putting them out there.”

Middle-class parents who send their children to community colleges say it can send a powerful message to them about personal finance.

John Riordan is a management consultant from a Washington suburb, with Northern Virginia Community College down the road from his house. One of his sons is there now and has his sights on a degree from the University of Virginia. Mr. Riordan’s daughter will begin community college in the fall. He says it is valid to debate the merits of the University of Virginia for two or four years and suspects that four may be better.

“But do a cost-benefit analysis. Is it 20 times better?” he said.

Lynn O’Shaughnessy, the author of “The College Solution: A Guide for Everyone Looking for the Right School at the Right Price,” cautions that saving money can come with some unknown costs.

While many community colleges have clearly marked pathways to graduation and transfer agreements with highly prestigious four-year schools, not all do. And some students discover that the two years of classes they took “saving money” need to be retaken when they transfer to a four-year school.

Byria Hamblin, a graduate of Lone Star College, near Houston, did not let that happen during her two years there, and she is a now a political science major at Tulane University in New Orleans. Ms. Hamblin, an award-winning debater in high school, said she had always thought she would go straight to a four-year school. But the prices blew her away.

While at Lone Star, she was agitated by Instagram photos of her high school classmates. One friend went to Columbia University and spent a lot of time “living an urban lifestyle,” and another went to George Washington University in Washington, where he explored the capital. When classmates were home for breaks, they were not always kind about her choice.

But once Ms. Hamblin got to Tulane, which costs more than $50,000 a year, the tables turned. When she tells her new friends there where she spent her first two years, she often hears, “I really should have done that.”