Spots Still Available for Students at Over 500 Colleges | Admitted 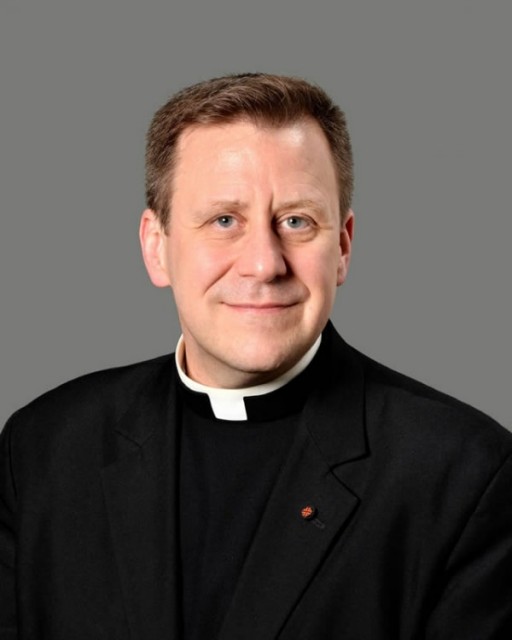 The board chairman at Wheeling Jesuit University is stepping down and leaving several other powerful positions at related Roman Catholic institutions in West Virginia, as church leaders announced a series of moves affecting high-ranking diocesan leaders Monday, days after details from a confidential report to the Vatican became public.

Monsignor Kevin Quirk announced his decision to step down as chair of Wheeling Jesuit’s Board of Trustees and president of the Board of Directors at Wheeling Hospital. He also resigned as judicial vicar and rector of the Cathedral of St. Joseph in the Diocese of Wheeling-Charleston.

Also resigning from a top position at the diocese was Monsignor Anthony Cincinnati, who had been vicar for clergy. In addition, church leaders announced that Monsignor Frederick Annie resigned as vicar general of the diocese in September. All three will continue serving as priests in parishes.

The resignations come less than a week after The Washington Post published details from a confidential report sent to the Vatican about allegations of sexual abuse and financial impropriety by former Wheeling-Charleston bishop Michael Bransfield. Quirk, Cincinnati and Annie had been top aides to the bishop, who was ousted in September. The report sent to Rome recommended their removal.

Quirk’s case is of high interest to faculty members and others connected to Wheeling Jesuit University. He was board chair when the university declared financial exigency in March, moved to lay off 20 of its 52 full-time professors and sharply cut its academic program offerings. The university decided to eliminate majors including theology and philosophy, prompting faculty members to lament that traditional liberal arts offerings were all but gone.

Those changes led the Maryland Province of the Society of Jesus to end its affiliation with the university, which it founded with the Diocese of Wheeling-Charleston more than 64 years ago. All Jesuit trustees have resigned from the university’s board, leaving only non-Jesuit trustees, and leaders had planned to rebrand the university with a yet-to-be-announced new name.

The timing of the exigency, the report to the Vatican and the personnel changes announced Monday raise questions. The report that recommended Quirk’s removal was sent to the Vatican Feb. 25. Wheeling Jesuit trustees voted to declare exigency March 8. The Post story revealed the recommendation that Quirk be removed June 5.

“I’m not OK with any of it,” said Jessica Wrobleski, a tenured theology professor who served as chair of Wheeling Jesuit’s Faculty Council and was laid off. “I think it’s all been illegitimate.”

It’s not possible to unwind the events that led to the deep cuts at Wheeling Jesuit, Wrobleski acknowledges. She is moving on — selling her house and relocating to Cleveland, where she’s planning to take a break from higher ed and work at a Roman Catholic girls’ high school.

Still, the issues raised by the case will linger. They’re compounded because at least some of Quirk’s fellow board members say they weren’t told about the recommendations contained in the report to the Vatican.

When should board members have been told details from a church investigation winding its way through a long process? If the report’s allegations about Quirk’s behavior — many of which amount to a failure to act to prevent abuse — are true, did they indeed disqualify him from leading a university board? Why didn’t church leaders act sooner to ensure that changes at Wheeling Jesuit were made by leaders who would be around to see their visions realized? What comes next for the university, which has become more and more intertwined with the Diocese of Wheeling-Charleston and a related hospital in recent years?

Critics acknowledge the questions are hard to answer.

“Kevin Quirk — I don’t want to paint him as just a villain, because I think he’s a complicated person,” Wrobleski said. “I say this as a Catholic and a theologian. I don’t think the church can be true to its mission in the world, or that the school can be true to its mission in Appalachia, so long as we are tolerant of a lack of transparency and accountability in leadership.”

University bylaws give the bishop of Wheeling-Charleston a high level of control over Wheeling Jesuit. The bishop is the chair of the board or picks someone to serve in that position. The position of diocesan bishop has been open since Bransfield’s ouster in September but is effectively held by Archbishop William E. Lori of Baltimore, who is overseeing Wheeling-Charleston as apostolic administrator.

A new chair is expected soon.

“The revelations about issues in the diocese outlined in the recent Washington Post story are deeply concerning to all members of the Catholic community,” the university said in a statement. “The university was informed today by Archbishop Lori that Monsignor Kevin Quirk has stepped down from the board. A successor will be named in the coming days.”

‘Failing to Take Any Action’

Much of the Post’s report focuses on actions by then bishop Bransfield. It described him giving $350,000 in cash gifts to other clergy members and living an “extravagant and lavish lifestyle that was in stark contrast to the faithful he served and that was for his own personal benefit.” It also said he was the subject of sexual harassment and sexual assault complaints by young male clerical assistants.

Checks for donations came from the bishop’s personal account. The diocese then boosted his compensation to reimburse him for his gifts, a practice officials there called “grossing up.”

Quirk’s name surfaced in the report in several different contexts. An email he wrote in 2016 made clear he was aware of the “gross-up method” of reimbursement. And he was quoted as telling one priest, “Your presence is required,” even though young priests and seminarians had been asking leaders for help dealing with Bransfield’s actions. The report details nine different men’s accusations that the bishop touched them, groped them, exposed himself to them, kissed them or commented on their bodies.

Quirk tried to prevent altar servers from being alone with the bishop, calling it the best he could do given the circumstances, according to the Post. He also took letters detailing allegations against the bishop to Lori, as well as documents about cash gifts the bishop made.

Three of the bishop’s top aides — Quirk, Cincinnati and Annie — should be removed, the report recommended.

“By failing to take any action, the Chancery Monsignors enabled the predatory and harassing conduct of Bishop Bransfield, and allowed him to recklessly spend Diocesan funds for his own personal use,” the report said, according to the Post.

The Archdiocese of Baltimore declined to provide the report to Inside Higher Ed. A spokesman said it “belongs to the Holy See.”

It’s not clear how many church officials in Wheeling or at Wheeling Jesuit saw the report. It was the product of five lay investigators, including a former Wheeling Jesuit board chair.

One current Wheeling Jesuit board member said he didn’t know of the report’s conclusion before it appeared in the newspaper. Reached by telephone Friday, that board member, Lawrence Bandi, largely declined comment. But he answered when asked if he wished he’d been told about the report’s findings at an earlier date.

“Absolutely,” said Bandi, president of Central Catholic High School, in Wheeling. “I think we all do.”

At the time, Bandi backed Quirk.

“I know Monsignor Kevin very personally, and I believe he has acted as a wonderful leader,” Bandi said. “I don’t agree with the report recommendation, personally.”

Quirk did not respond to telephone and email messages left Friday seeking comment.

Bandi on Monday was named “the archbishop’s representative to Wheeling Hospital.”

A Nexus of Power

In recent years, the diocese of Wheeling-Charleston, Wheeling Hospital and Wheeling Jesuit have been knit more closely together. Quirk held key positions at all three.

The hospital also acquired the deed to a campus building known as the National Technology Transfer Center in the deal. In September, Wheeling Hospital said it was planning to move 180 employees into the building. Quirk was elected president of the Board of Directors of Wheeling Hospital in 2008 — replacing Bandi.

Because of his involvement in the hospital, Quirk’s name has also surfaced in a whistle-blower lawsuit alleging kickbacks to doctors who referred business to the hospital. That suit alleges that he was part of an “ad hoc committee of the hospital’s Board of Directors” controlling a Pittsburgh company managing the hospital since about 2006. The company allegedly caused the hospital to submit “thousands of false claims” resulting in “millions of dollars of reimbursement to Wheeling Hospital by the Medicare program.”

The federal government joined the lawsuit this year. When it did, the hospital called the move “an unwarranted attack” and called the allegations untrue.

Quirk has also been named in a lawsuit accusing then bishop Bransfield of sexual assault in 2014. An anonymous complainant said to have been a personal altar server and secretary for the former bishop said that Quirk fought to keep the plaintiff from moving into the bishop’s home, but that he “did so in a manner that protected Bishop Bransfield’s true nature as a sexual predator.”

This is far from the first episode of turmoil at Wheeling Jesuit in recent years. It’s been through several presidents, and last year, faculty members filed a lawsuit against the university over handbook changes they felt breached contract and violated shared governance.