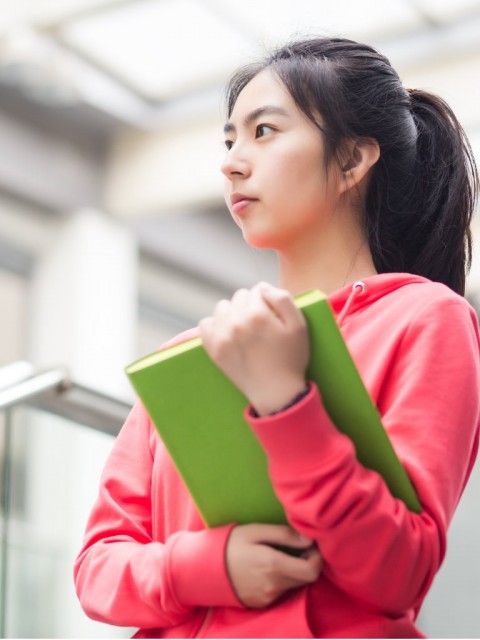 “I’m worried that I cannot return to the United States on time for the new semester.”

I’ve received messages like this now and then from Chinese international students before a college break. As a former international student and current staff member working for Chinese student services at an American university, I’ve heard and understood their anxiety.

The policy that shortened student visa durations from five years to one year, along with the potential delayed processing times, is supposed to only affect Chinese students in some high-tech majors. But stories about other Chinese students who have also received one-year visas or who are missing a semester due to administrative process has caused worries among a wider range of students.

Usually, students asked me whether our university would provide any help with their visa-renewal process. And while the institution may assist international students with coordinating certain documents if requested by a U.S. consulate, that does not help to ease the fear in their minds. Recently, China’s Ministry of Education warned students of potential risks in obtaining visas to the United States. That announcement from the Chinese central government validated existing anecdotal stories that students may have heard from friends and affirmed their concerns about visa-related challenges.

Besides living with the uncertainty due to the tightened visa policies and other regulations, Chinese students, as the largest international student population in the United States, are also increasingly disturbed by the generally unwelcoming environment in the country over all. After the Federal Bureau of Investigation director accused foreign researchers of stealing intellectual property from the United States, Chinese students and scholars have felt singled out and further alienated.

Today, discrimination against Chinese people seems more legitimate in society. One Chinese student revealed to me recently that she was assigned to a project group with all other Chinese students while her American peers were in a different group. She believed that her department did so assuming that Chinese students would affect the quality of American students’ work due to their lack of English proficiency. Her peer Chinese students were reluctant to collaboratively protest the department’s approach, so the issue was left unaddressed. Strongly disappointed by her experience in this program, this student said she would not stay in America for even one more day after graduation and would tell any Chinese students she knew to avoid that program because she did not want them to be treated so unfairly.

Paradoxically, while Chinese students are seen as potential threat to national security, as well as less linguistically proficient, higher education institutions still invest heavily in Chinese student recruitment to maintain the inflow of these full-paying students. The University of Illinois at Urbana-Champaign, for example, has purchased insurance to counter the potentially reduced tuition income caused by a drop in Chinese students. Yet some colleges and universities view international students more as cash cows who serve their financial purpose than people who bring knowledge, distinct cultural identities and other valuable resources to American campuses.

And, in fact, some international students can tend to internalize that narrative and perceive themselves as cash cows as they “purchase” an American degree. I learned that several Chinese students who violated the code of academic integrity were unworried about potential penalties, believing that they would not be expelled because the university relies on their money. By studying in the United States, they were pursuing the highly symbolic value that an American degree provides more than a high-quality education and cross-cultural experience.

What Institutions Should Do

Although the overall political environment in America is unfriendly toward Chinese students and scholars, higher education institutions can still do many things to support them, given they have much to contribute to colleges and universities beyond the dollars they provide. They can:

Take genuine actions against neo-racism. Many colleges have emphasized their commitment to support our international students through slogans, emails and videos. But we should realize that international students will not truly feel welcomed and included until institutions honestly recognize and battle against the occasions when those students are treated unfairly on their campuses. This requires our colleges to engage in a “deeply engrained consciousness about the humanity of internationalization,” in the words of Jenny J. Lee, a professor in the Center for the Study of Higher Education at the University of Arizona, and to openly celebrate the contributions of Chinese students to academic research and campus diversity.

Beyond that, we, as faculty and staff members, should actively identify discriminatory behavior toward Chinese students, spend time listening to how they feel and help them to analyze the issues, increase their awareness of neo-racism and navigate existing resources. That way, Chinese students can better understand the importance of speaking out and also feel comfortable and empowered to do so. If we don’t make efforts and simply believe that it’s no one but Chinese students’ own fault if they stay quiet, neo-racism will not be corrected. And the message of “You are welcome here” will be meaningless, regardless of how frequently we say it.

Be cautious about American-centered approaches. As an international staff member, I’ve noticed that colleges may not be as inclusive as they claim to be. I’ve found myself constantly needing to justify the validity of my work and felt pressured to impose U.S.-centered approaches on Chinese students. For example, answering students’ questions through instant chat on WeChat (the most popular social media network in China) is viewed as too informal and even inappropriate. My colleagues told me that international students should get used to communicating through email and learn to be more patient waiting for responses.

Also, some of my American colleagues don’t see organizing Mandarin-speaking events on the campus as having any particular value because they believe that Chinese students should understand and practice English. An example of this viewpoint can be found in the Duke University professor’s rationale of urging Chinese students to speak English at most, if not all, times in academic settings.

Even though international students need help to adapt to their lives in the United States, we should not make them assimilate only to the American way. Having international students on our campuses provides an opportunity for higher education institutions to learn from their languages, cultures and mind-sets. To make our campuses more inclusive, institutions must respect and normalize different approaches of teaching and services coming from non-American cultures.

Practically, hiring and supporting international faculty and staff members can contribute to such diversity, but it is probably more important for institutions to facilitate opportunities for them to exchange ideas about teaching, research and service with their international peers. That way, we not only celebrate the diversity that international students and scholars bring, but we also recognize and embrace the value of their various cultures and perspectives. And that ultimately contributes to knowledge production, the fundamental purpose of higher education.