Canada: int’l students at private colleges claim they were ‘duped’ by agents

Guilford College is changing the way it does most everything 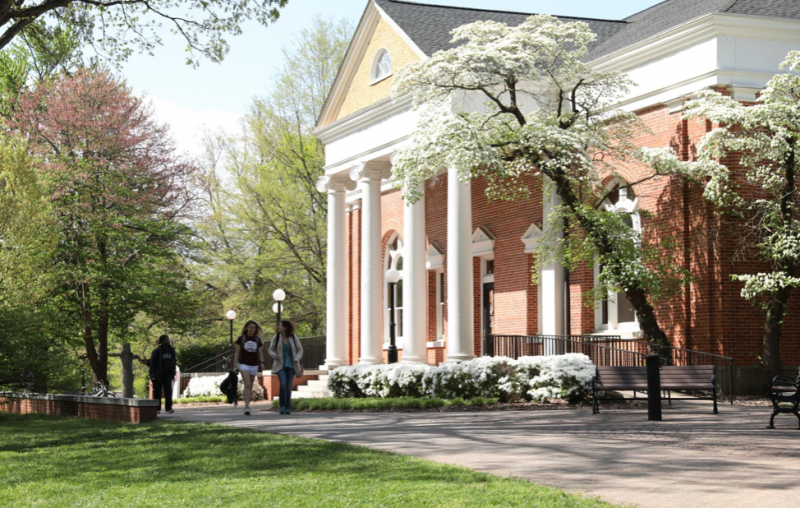 Guilford College is changing the way it does most everything in an effort to stem its enrollment decline. But officials say it is also leaning in to its mission.

It’s hard to overstate the change happening at Guilford College right now. Come fall, the North Carolina institution is launching not only a new academic calendar but a vastly different curriculum. It’s also expanding the new team-advising program it added this past academic year.

Faculty members and administrators alike are nervous. Few curricular revamps are of this scope. And, as at most small, tuition-dependent liberal arts colleges, the stakes of the game are high: Guilford’s enrollment has been dropping steadily each year for a decade.

But talking to those on campus, the mood is more eager and enthusiastic than anxious. They want this — really. Guilford, which started as a Quaker school in 1837, operates on a consensus model of shared governance. So the new curriculum, the Guilford Edge, wouldn’t be happening if the vast majority of the faculty hadn’t approved it.

“There are positives here for faculty and students, and for faculty, it’s going to force us to be creative and think more outside the box, to get out of the traditional academic classroom — and that can be scary, but also super exciting,” said Kami Rowan, an associate professor of music. “I’m jumping in feet first.”

While first-years will focus solely on Initiate for the first three weeks of the year, the new calendar allows other students to engage in “Learning Collaboratively” experiences in each of the intensive, three-week sessions. These are real-world engagement-driven classes designed to enhance and inspire students’ other course work. Possibilities include research with faculty members, internships for credit and travel to, say, Hawaii and Japan with expert professors to explore collective memory and identity after World War II, or to Norway to compare its prison system with that of the U.S. These are not hypotheticals: this fall alone, students will be traveling to not only Norway, but to Spain, India, the United Kingdom, Germany and elsewhere in the southeastern U.S.

In addition to the three-week intensives, Guilford students must now engage in a Collaborative Quest — something between an independent study and a minor. Students, with the help of nonfaculty advisers, or “guides,” design a sequence of courses to help them explore their interests. So, a student majoring in political science who is particularly interested in poverty, for example, would handpick a group of courses to take to develop some expertise in that area.

Students will be required to reflect on what they’re learning in their quests via special reflection seminars. And they’ll be asked to apply it in some real-life way before they graduate.

In some ways, it’s like Guilford is putting in place structures to help all students get out of their college experiences what only the most informed, empowered students often do.

Kathryn Shields, associate professor of art history and associate academic dean, worked closely with the new Guilford guides. She said that when she talked with students as part of the curriculum revision process, they mentioned things that “indicated to me personally that there were more things that they were learning than they were accessing in that moment.” Some students, for example, mentioned that they liked getting to pick their own classes. That’s certainly a perk of being in college — but not special to Guilford in any way. They could talk about their majors, Shields continued, but they didn’t necessarily know how all their courses related to it.

So, the Collaborative Quest demands that students think in real time about what their passions and career goals are — and, in general, what they’re learning in college and why — in ways that the prior curriculum didn’t. And the nonfaculty guides, who have met with students three to five times on average per semester in their first year on campus, are there to ask the right questions. These guides also are prepared to help students with the kinds of nonacademic issues that may overwhelm faculty members, such as general anxiety and more specific mental health concerns.

“In our first year of having these guides, we’re learning more about why and how students are struggling. And the more we know, the more responsible we are for that,” Shields said. “It’s the zeitgeist.”

Guilford students will still have majors, but to start, they’ll pick one of four disciplinary pathways: social and linguistic sciences; artistic and human studies; natural sciences studies; and management, math and technology.

To give students more room to explore, Guilford reduced its required number of credits from 128 to 120 (most courses are four credits). A five-area disciplinary breadth requirement was reduced to three: one course each in the social and behavioral sciences, arts and humanities, and natural sciences and math.

Professors are also expected to have more time to plan and teach the three-week intensives and otherwise work with students on high-impact experiences, as Guilford’s new guides are on the front lines of first- and second-year academic advising now.

Faculty members will still supplement the advising students get from their guides, of course. And students will round out their schedules with other requirements. Those are two courses in a modern language, up from one course under the prior curriculum, and historical perspectives and writing requirements carried over from that curriculum.

There’s a new “embodied and creative engagement” requirement, as well as a “numerical and symbolic” engagement course. The former means hands-on manipulation of the physical world, such as lab science, art, fieldwork or sports studies. The latter is a more typical quantitative requirement.

Two courses in sociocultural engagement are expected, along with one in evaluating systems and environments. The latter here is, in part, an updated diversity requirement.

The change didn’t happen fast. Conversations about rethinking the curriculum started in earnest five years ago.

At the time, the idea wasn’t to shake everything up. Guilford was simply overdue for a curriculum revision. Its previous general education program, which had an interdisciplinary first-year experience and breadth and “perspectives” requirements — including those in social justice and environmental responsibility, U.S. diversity, and intercultural studies — was pretty novel when it went live in 1998. By 2014? Not so much.

The moving parts collided — and then they gelled when the faculty conceived of and ultimately backed the new curriculum. Each part of the puzzle makes the others work.

Kyle Dell, an associate professor of political science and another associate academic dean, said, “We’ve had all these changes in two years — you see some schools doing one thing, but to do all of them at once … does seem crazy.” But that creates opportunity that Guilford has come together to optimize, he said.

Rowan, the professor of music, said the faculty is more united now than it was two years ago.

“The train has left the station,” she said.

Leaning In to the Mission

So far, the train is running on schedule. Guilford says that most of its recent lost enrollments were adult learners who were adversely affected by state aid cuts for that age group. And as Guilford Edge is aimed at traditional-age students, Guilford’s early fall enrollment figure is up 14 percent this year over last. More students are expected to sign on.

Jane K. Fernandes, Guilford’s president, said the institution has a responsibility to ensure the curriculum “provides the return on investment they need and deserve.” The world “has changed and is changing in dramatic ways at a remarkable pace,” she added. “Status quo in how we design and deliver their higher education experience simply won’t cut it any longer.”

At the same time, Fernandes said that Guilford is “leaning in” to its mission: developing critical thinkers and problem solvers to promote positive change in the world. Students will graduate with a “major and a passion,” she said, and be encouraged to “leverage their gifts,” starting with the admissions process.

“Our commitment to providing uncommon engagement in real-world learning for every student, every semester, appropriately sets the bar much higher for what defines excellence in higher education.”

Source: Guilford College is changing the way it does most everything