The significant damages to America of attacking Chinese academics (opinion) 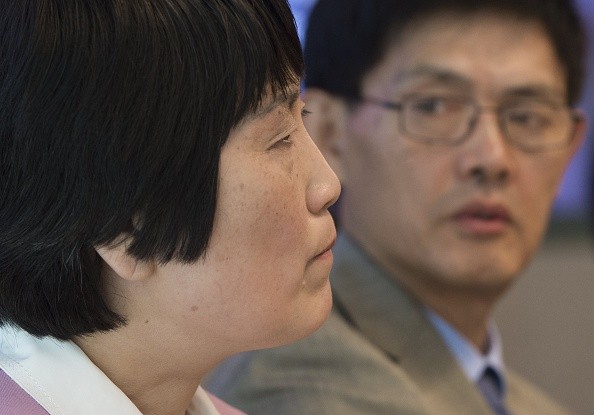 I owe my existence to American higher education. My parents were Chinese graduate students. Given scholarships, they came to the United States in a bygone era of idealism when they were perceived as potentially contributing to this nation. They made good on that expectation: they put down new roots, and they had productive careers as new Americans. My brothers and I were born on these shores.

But while I have no doubts about my being an American through and through, I wonder if others do.

The attacks on Chinese in America could not be more expressly ethnic in targeting. In the context of serious speculation about war between the United States and China — not only the continuing trade war or a new Cold War but also real military war — high-level officials and opinion leaders are suggesting that all or almost all Chinese people arriving here are spies, agents of foreign influence or otherwise up to no good. Harvard University professor Graham Allison’s best-selling book framed the so-called Thucydides’s Trap as “structural stress” between an established power and a rising power. In most instances throughout recorded history, as Allison thoughtfully showed, the result has been open conflict.

In that context, individuals become representatives of nations. FBI director Christopher Wray testified before Congress last year about a “whole-of-society” threat presented by China. He emphasized the possibility of “nontraditional collectors” of intelligence, such as students and professors. Others have echoed the sentiment that China is sending over malefactors intent on wrongdoing.

The discrimination is indiscriminate. Blended together are Chinese who are temporarily visiting as students and scholars; immigrants who may be in the process of becoming citizens and whose children will be citizens by birthright thanks to a 19th-century legal precedent involving an ethnic compatriot, Wong Kim Ark; and the millions who are bona fide holders of U.S. passports, whose numbers include descendants of the railroad workers who united the continent 150 years ago. According to the last census, there are about 3.8 million Chinese Americans, constituting the most sizable ethnic group among Asian Americans, the fastest growing racial minority. Until a recent downturn, the annual number of Chinese students has been slightly less than one-tenth of that.

Such stereotyping violates our shared norms. Through the civil rights movement, we achieved a consensus, albeit fragile, that it is immoral to generalize based on ancestry. Our social contract in a diverse democracy treats people as individuals. Skin color and personal character are not the same. If one person of a given background commits a crime, that does not justify an inference that other people of similar genealogy are guilty, too. Yet because Asians are often characterized as perpetual foreigners, in the circular reasoning of prejudice, bias against even Asian Americans seems to be excused. In the most famous hate crime against an Asian American, the 1982 killing of Vincent Chin, a Chinese American bludgeoned to death with a baseball bat in Detroit by white autoworkers who apparently blamed him for the success of Japanese cars, the defense lawyers argued on appeal that “Orientals” were not protected by civil rights laws. (They lost that point.)

These feelings are not new. The talk about the “clash of civilizations” has its antecedents in the fear of Yellow Peril. The Chinese Exclusion Act of 1882, expanded to an Asiatic Barred Zone in 1917, was based on the premise that these “aliens ineligible for citizenship” due to a color bar would be too successful as workers and farmers while remaining loyal to overseas empires. The Japanese American internment of World War II, which extended to the second and third generations that lacked meaningful relationships to the enemy, was an extreme example but not an aberration. Congress has passed resolutions expressing regret for the exclusion and passed reparations for the internment. But such misgivings have not prevented the sentiments from recurring in political discourse.

There are, to be sure, actual cases of wrongdoing that must be addressed. Individuals who are ethnic Chinese — including, of course, citizens — who have hacked into government databases, taken intellectual property or otherwise failed to meet American norms while in the country should be investigated, prosecuted and punished in the same manner as anyone else. I cannot be more emphatic about being in favor of that. We need to follow the rules. Yet due process and equal protection are among our nation’s essential principles — ideals that are at the core of American identity. People are innocent until proven guilty, and the standard is “beyond a reasonable doubt.”

The difficulty, as with much else in the American imagination of China, is accounting for scale. Considering only those who in fact are foreign, even if several thousand who are present are not law-abiding, that would mean 99 percent of Chinese are. The problem is the perception of an ethnic pattern. Throughout American history, Asians have been described as inscrutable and all looking alike.

Thus, there are false positives. Multiple naturalized citizens of Chinese heritage have been implicated inappropriately. Before Sept. 11, Los Alamos physicist Wen Ho Lee was accused of treason, selling the nation’s nuclear top secrets to China. Held in solitary confinement for the better part of a year, he eventually pled to a single count of mishandling data — a charge for which others received much less punishment, if any at all. The federal judge presiding over the case apologized to him for how he had been treated and admonished the prosecutors for misleading him. He settled a privacy lawsuit against his former employer, and The New York Times critiqued its own coverage for exaggeration.

The most spectacular current examples are Sherry Chen, a National Weather Service flood forecaster, and Xiaoxing Xi, a faculty member at Temple University. Both were indicted for federal offenses arising from contact with China, their names ruined and their careers wrecked. In each case, however, such serious allegations had no basis, and the prosecutors ended up dismissing the cases altogether. Chen won her civil service administrative appeal, but the government has refused to restore her to her job. Xi has become an activist, bringing a civil claim for his mistreatment. (In 2016, the Justice Department revised rules for bringing such cases; in 2018, among the last acts of Attorney General Jeff Sessionswas announcing a ramped-up China initiative.)

Some people are in a predicament because of a paradigm shift. A decade ago, partnerships with China were heavily promoted. Every American research university wanted a Chinese partner. They encouraged their faculty members with Chinese ties to help the endeavor. Even a couple of years ago, collaborating with China was accepted. Now those contacts are deemed negative and trigger suspicion. In the U.S. Department of Energy laboratories, for example, they are forbidden, pursuant to a new edict. Failure to disclose moonlighting, even a summer job as a visiting scholar, has become a law enforcement priority.

No Secrets to Steal?

There are reasons beyond civil rights to be concerned about the anti-Chinese rhetoric that has become rampant. The most important is American self-interest. Imagine what would happen to research in university laboratories, not to mention entrepreneurial endeavors in Silicon Valley and other places dependent on nearby concentrations of STEM talent, if Asians in general and Chinese in particular vanished overnight. That would be a tremendous setback in global competitiveness. The joke going around campuses is that the fear of Chinese coming to steal secrets has it backward: if the Chinese do not come, there will be no secrets to steal.

The risk is of a self-fulfilling prophecy: if Chinese are driven out of America, it will very likely benefit China with a brain drain in reverse. The father of Chinese rocket science, Qian Xuesen, was an integral team member on the Manhattan Project, the American effort to develop the atomic bomb during World War II. He also was an officer in the U.S. Army and founder of the Jet Propulsion Laboratory. He then was accused of being a Communist and held in prison for years before finally being deported in a prisoner exchange. The consequence was the Chinese Silkworm missile.

Stereotyping, whether through profiling or unconsciously due to implicit bias, does not advance national security. It weakens cooperation that is much needed.

Damage also is being done to science. Although it might have seemed cliché to state that science knows no borders, the contrary attitude is prevailing. Intellectual protectionism, the academic equivalent of tariffs, is becoming standard practice. The great advances in human knowledge have been made through a system of open competition.

The examples of scientific communities that have closed themselves off, such as in the former Soviet Union, are not to be emulated. Biologist Trofim Lysenko, whom Joseph Stalin put in charge of agricultural policy, can be blamed for famine resulting from his rejection of evidence for genetics due to ideological commitments. Millions starved.

At least university presidents are speaking out. So many, from the University of California, Berkeley, to the Massachusetts Institute of Technology, have issued statements praising the accomplishments of their professors and alumni who have overseas origins that, if they were applying for a visa or a job at this moment, might well be deemed suspect. Projects that will better humanity, ranging from curing cancer to alleviating climate change, depend on more than technical skill. They can be pursued only within supportive institutions — those valuing all people who can join the cause, who are attracted to what was once deemed the new world for freedom and opportunity like the generations before.

Higher education is the terrain upon which this contest is playing out. Administrators are striking a balance as they receive requests to look into their own faculty and staff. We can and should be vigilant against Chinese espionage yet welcoming of Chinese persons and respectful of Chinese Americans. These goals are compatible, not in conflict, because the best defense of American society is its openness to ideas as well as peoples. Chinese foreign nationals who return to China are altered by their contact with America. Chinese Americans who belong here are citizens like their neighbors and co-workers. They can be approached constructively to comply with American laws and perhaps even be of service in enforcement.

As an American, I am a stakeholder on this side of the Pacific Ocean. My family has made its home on these shores. That is why I feel a responsibility to stand up in this moment of crisis.