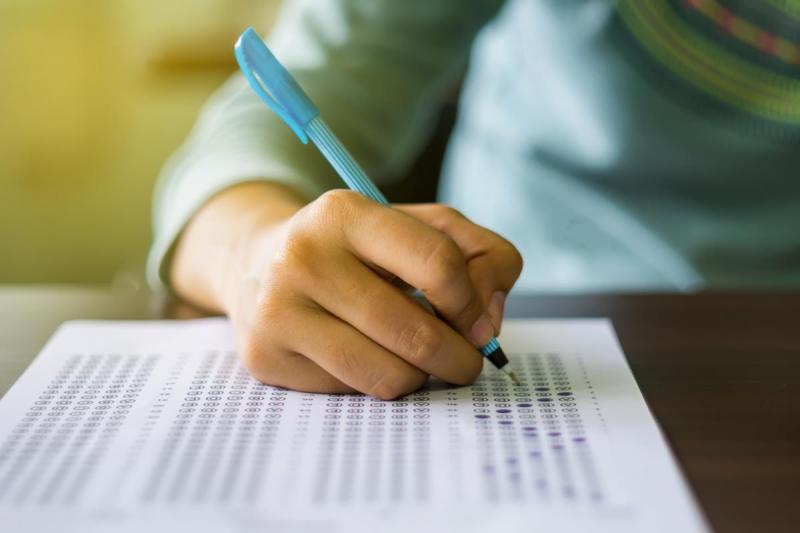 Despite more programming to prepare students for the SAT, underrepresented groups continued to fall behind in 2019.

Students from all underrepresented minority groups were less successful on the 2019 SAT exam than the previous year, but there were notable increases in the number of African American, Latino and American Indian students who took the exam during the 2018-19 academic year, according to recently released data.

In a continuing trend of lower scores among minority groups over the past decade, more African American and Latino students in the Class of 2019 failed to reach SAT benchmarks for college readiness than on the previous year’s test. While 31 percent of Latino and 21 percent of black test takers last year achieved at least a 480 out of 800 for evidence-based reading and writing and 530 out of 800 for math, those numbers dropped to 29 percent and 20 percent in 2019, according to the College Board’s most recent test results, published today.

The National Center for Fair and Open Testing, also known as FairTest, which believes standardized tests have racial, class, gender and culture barriers, noted that mean SAT scores of students whose parents did not attend any college decreased 12 points from 2018 to 2019.

“The exam remains a clearer measure of a test taker’s family background than of an applicant’s capacity to do college-level work,” Bob Schaeffer, public education director for FairTest, wrote in an email. The organization believes that standardized tests should not be used as the sole measure of student ability or college readiness.

Though the test results represent the first class of students who had the opportunity to take three different SAT preparation exams starting in ninth grade, they had a lower overall mean score on the SAT than the Class of 2018 — dropping from 1068 to 1059. Less than half of students met both the reading and writing and math benchmarks, and students performed better in reading and writing than in math.

Schmeiser attributed the score drop to the increased numbers of students taking the exam and the growing diversity of test takers. (Note:This paragraph has been changed from a previous version to correct information attributed to Schmeiser.)

“As the SAT is measuring the college readiness of students who may not have previously considered going to college, we see a broader distribution of readiness across the class of 2019 than ever before,” the College Board said in a written statement. “We see this as a positive result because research has shown that when the SAT is offered on a school day we see higher college access rates overall.”

The College Board introduced school-day testing for public school systems in 10 states and the District of Columbia in 2019, which Schmeiser said allowed more students with transportation issues and job or family obligations on the weekends to take the exam. The board chalked up 2019 as a win for its test redesign in 2015 when it changed the exam’s scoring methodology and introduced fee waivers and free test preparation in an attempt to increase access for low-income, first-generation and minority students.

“You can see that there’s been a pretty dramatic increase in the number of kids in our total 2019 cohort that did take the test on a school day,” Schmeiser said. “This was one of the reasons why the number of test takers increased.”

Compared to the 2014-15 academic year when only three states offered school-day testing, 43 percent of 2019 students took the SAT at their high school during regular hours. The College Board’s report shows that nearly 46 percent of school day test takers in 2019 attended high-poverty public schools, where more than half of students qualify for free or reduced-price lunch or were first-generation or minority students.

But a third of low-income students who took the SAT on a school day missed out on their fee waivers because they weren’t given information on how to redeem them, said Auditi Chakravarty, the College Board’s senior vice president for learning, evaluation and research. The organization plans to increase its outreach to districts conducting school-day testing to better communicate the availability of waiver redemptions for eligible students retaking the SAT.

Schaeffer is skeptical of the College Board’s efforts to expand its testing base. Programs to increase participation of underrepresented groups are being introduced for business purposes, he said.

He said that at a time when more students are choosing to take the ACT instead of the SAT, and colleges are not requiring applicants to report test scores, the College Board has found new ways to compete by offering the SAT on school days. In the last year alone, 47 colleges and universities have stopped requiring applicants to send standardized test scores, according to FairTest. About 40 percent of all four-year colleges and universities in the U.S. do not require all or any applicants to send scores as of this month.

Schaeffer said school-day testing “probably does have a modest positive effect on student enrollment in college, but if you collected the same demographic information and high school grades, they’re a much more predictable measure of college enrollment.”

Zach Goldberg, executive director of media relations for the College Board, dismissed Schaeffer’s analysis and criticisms: “We partner with states, districts and schools to help more students on the road to college. Compared to students who take the SAT only on a weekend, students who take the SAT on a school day are more likely to belong to groups that are underrepresented on college campuses. SAT school day participation has grown significantly just as there is a growing consensus among researchers that offering the SAT at no cost during the school day propels more students into college. In a review of the recent research on school day testing, economist Susan Dynarski writes that universal testing ‘opens the door to more effective, targeted efforts to draw talented, disadvantaged students into college.’ Mr. Schaeffer unfortunately ignores all the evidence showing how SAT school day benefits students, and instead falls back on what he always does: falsely impugning our motives. It’s an act that is as stale as it is uninformed.”

The PSAT, a preliminary exam for the SAT, has expanded into middle schools, with students taking it starting in eighth grade. Almost 1.8 million students took the PSAT 8/9 during the 2018-19 academic year, the College Board reported, and the Class of 2020 high school graduates will be the first cohort to have been preparing for the SAT since the eighth grade.

While 52 percent of students who took all three PSAT-related assessments met or exceeded SAT benchmarks, the exams are additional tests that college-bound students likely won’t need for admission, Schaeffer argued.

“It’s yet another day taken out of learning for testing,” he said. “It’s not needed for large numbers of kids, because either they’re going to four-year colleges that don’t require the test, or they might be going to community college.”