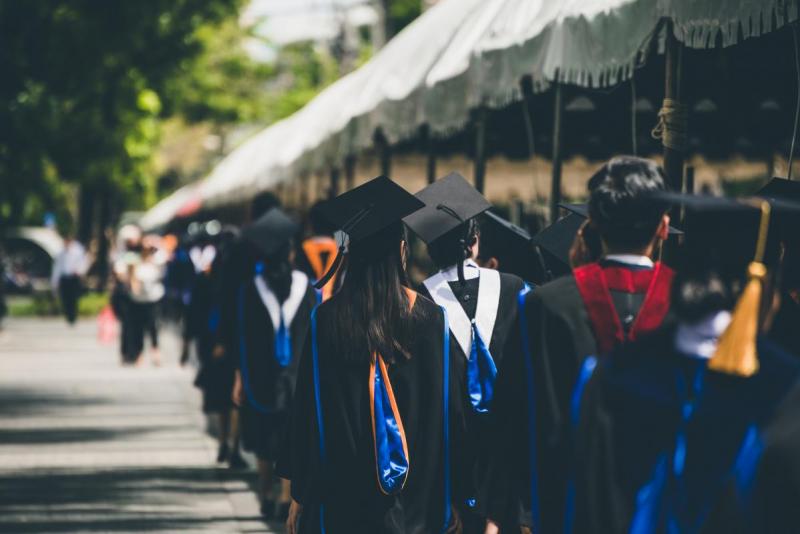 What kind of a return on investment can a student expect to get on his or her college education?

The answer depends on any number of factors. Cost of attendance, choice of college and type of degree attained are just a few of the major ones.

A new report released today by the Georgetown University Center on Education and the Workforce examines several of those factors and how they affect returns on students’ investment. The report uses data made available on the U.S. Department of Education’s College Scorecard — net price and median earnings — in order to calculate the net present value of degrees and credentials from different colleges over short and long time frames. It ranks more than 4,500 public, private nonprofit and private for-profit colleges awarding bachelor’s degrees, associate degrees and certificates. It ranks the institutions as a whole but not their individual programs, although its authors hope to be able to analyze program-level return on investment in the near future.

Generally, community colleges and a large number of certificate programs posted the highest return on investment in the short term, defined as a 10-year period. Colleges that award mostly bachelor’s degrees did much better over the long run, a 40-year time frame.

Those findings are driven to various degrees by the fact that community colleges and certificate programs take less time to complete and tend to cost less than a bachelor’s degree. Students can finish credentials quickly and start earning.

At the other end of the spectrum, four-year degrees from private nonprofit colleges cost much more and take longer to earn, keeping many students from participating fully in the labor force for longer periods of time. But they tend to pay off as the years add up, because median annual earnings 10 years after enrollment are almost $8,000 higher for private nonprofit college graduates than they are for those who graduated from public colleges.

The findings reinforce the idea that college is worth the investment, according to the report’s authors and several experts who reviewed it. But they also leave room for a large amount of nuance and exceptions, and some experts raised methodological questions.

A key nuanced point is that the middle of the pack is more muddled than might be expected. Look at the 50th percentile, institutions not rated as having particularly low or high returns on investment after 40 years, and you’ll find four-year colleges. But you’ll also find community colleges and some for-profit colleges, said Anthony Carnevale, a research professor at Georgetown and director of the university’s Center on Education and the Workforce, who is an author of the report.

That suggests students and the counselors who guide them through college choices should look at individual institutions over institution type, Carnevale said. While many students and families may assume that elite private colleges outperform other types of institutions, the results for most individual students are mixed.

Net Present Value and Other Assumptions

The report approaches return on investment by using net present value, describing the concept by using the idiom that “a bird in the hand is worth two in the bush.”

In other words, people generally value the things they currently possess more than the things they might gain in the future by taking a risk, the report says. To account for this fact, economists try to calculate the time value of money, increasingly discounting projected cash flows as they peer further into the future.

Authors applied that concept when examining data from the College Scorecard. They looked at institutions that reported net price and median earnings six, eight and 10 years after students’ initial college attendance. Earnings after 10 years were used as “a reasonable proxy for future earnings.” Some institutions were excluded for various reasons, including those that primarily awarded graduate degrees.

Median 10-year reported earnings among those working and not enrolled were $32,300. The report also looks at colleges’ median debt, excluding private loans and loans to parents, finding it to be $9,774 across the entire sample.

Experts who weren’t involved in the report questioned some of the assumptions baked into it. It does not take into account what a student could earn if he or she immediately entered the workforce straight out of high school, for example. Nor does it adjust for the fact that some institutions disproportionately enroll students with different characteristics that make them more or less likely to earn higher wages than their peers.

“The problem is that there is significant selection [bias] regarding who goes to each institution,” Phillip Levine, a professor of economics at Wellesley College, said in an email. “M.I.T. students are brilliant. If they didn’t go to college at all, it is unlikely that they would make the minimum wage. What matters is how much is their wage relative to what it would have been had they not gone to college. If you ignore this point, you will get estimates suggesting the M.I.T. has a very high ROI. Maybe that’s true, but it’s hard to know.”

Think about it another way: if a college mostly trains preachers, it’s not likely to score highly in return on investment, because preachers don’t tend to make large amounts of money.

A college that only trains preachers raises another point: its graduates might not care as much about money as other college graduates. Measuring return on investment doesn’t recognize the possibility that colleges and students alike seek more than economic benefits from postsecondary education.

The report assumed a 2 percent interest rate when calculating net present value. That prompted some discussion among experts, because the lower the interest rate, the more money earned in the future would be worth today. A higher interest rate would be more in line with historical norms — and would lower the expected return on investment for college.

Financial aid for low-income students could significantly change the return on investment they could expect to receive for earning a degree, Levine said. But the report’s net price data don’t capture the different prices students might pay.

“This report considerably understates the ROI for lower-income families,” Levine said. “A student whose parents make, say, $50,000 per year or less (with typical assets for that income level) may have an ROI of two or more times as great as the level stated because of the greater generosity of financial aid. Students from those families certainly need to understand the value of a college degree and, as a society, we need to find ways to enable them to receive one.”

Many other factors could be added into return-on-investment calculations.

“Given all the things that go into determining these numbers, and given the sort of lack of precision, publishing this list of individual institutions to me is questionable,” said Sandy Baum, a nonresident senior fellow at the Urban Institute. “There are so many factors that go into earnings, one being the characteristics of the incoming students.”

The report acknowledges many different caveats. They include not accounting for the way economic shocks can affect specific occupations, the way people living in different geographic regions have different earning potential and the way industry-specific shocks might affect certain groups. It also didn’t consider how earnings for the particular cohorts studied might differ from other groups of students — an important point, considering that the students in the study entered college just before the Great Recession hit.

Also, different students at the very same institution have vastly different earning potentials based on what they study. Income differences by field are much more important to convey to students than which institution he or she attends, said Arthur M. Hauptman, a public policy consultant specializing in higher education finance.

“The best approach would be to use the overall data to see what fields are more remunerative, if that’s your primary goal,” Hauptman said. “Then look for schools that have good programs. If you know what field you want to go into, then choose the school based on the field. The Scorecard makes things worse to me, because it’s merging this issue of school and program.”

Carnevale has emphasized the need to look at program-level data many times in the past. He hopes to address return on investment at the program level in the future.

“There is a certain effect of going to a certain kind of school,” he said. “But there is a second effect, which in many cases is much more powerful: the program you’re in.”

The Georgetown CEW expects the federal government to soon release program-level data that would allow similar ROI calculations to be performed for different majors or programs.

“There’s a second tier of information that in many cases is more important,” Carnevale said. “That’s program. That is field of study, and so forth. There is a whole substructure underneath this data, which will change this number a lot.”