Report: California Ahead on Dual Enrollment

Colleges restrict university travel to China in response to coronavirus 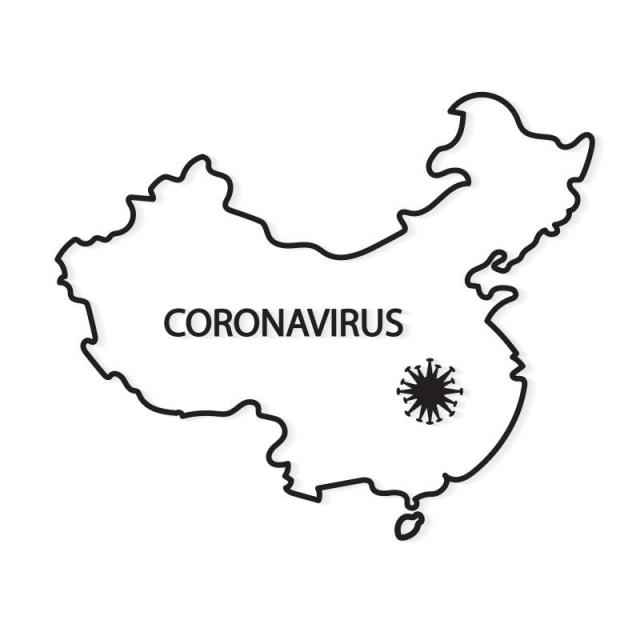 American universities and colleges have announced new restrictions on travel to China in response to upgraded travel advisories from the Centers for Disease Control and Prevention and the U.S. Department of State related to the continued spread of coronavirus.

The restrictions were announced this week and Tuesday by Arizona State, Duke, Northwestern and Texas A&M Universities and the University of Michigan, among others, due to growing concerns about the outbreak of the respiratory illness caused by the novel virus first identified in the Chinese city of Wuhan.

The CDC expanded its travel advisory for China on Monday to recommend against nonessential travel to the entire country (previously the warning applied only to Hubei Province, where Wuhan is located). The warning notes that Chinese authorities “have closed transport within and out of Wuhan and other cities in Hubei province, including buses, subways, trains, and the international airport” and says that “additional restrictions and cancellations of events may occur.” The advisory also describes “limited access to adequate medical care in affected areas.”

The U.S. Department of State also recommends reconsidering travel to China due to the virus.

As of Wednesday, China reported more than 130 deaths from the virus and 5,974 confirmed cases. Five cases have been confirmed in the U.S., including one involving an individual affiliated with Arizona State University.

As the virus has spread, U.S. colleges have been grappling with how to prepare for its possible arrival on their home campuses and measures their health centers can take. But the rapid spread of the virus also has implications for U.S. colleges’ operations in China.

China is the leading country of origin for international students in the U.S. and the seventh-leading destination for Americans studying abroad. Large numbers of colleges have campuses, centers or programs of various sorts in China. The coronavirus stands to affect not just student and research travel, but university business and recruiting travel as well. Bloomberg reported Monday that China’s National Educational Examinations Authority had canceled February test dates for the IELTS, TOEFL, GRE and GMAT, potentially disrupting some prospective students’ plans to study in the U.S.

“The degree to which many colleges and universities are intertwined with China, whether it be through robust incoming exchange programs and outbound students, joint degree programs, collaborative research projects, short-term travel, language learning — there are just a lot of different ways in this day and age in which we are connected to China,” said Julie A. Friend, director of the Office of Global Safety and Security at Northwestern University. “When something like this happens, we have to think very broadly about the impact to current students studying abroad, future students who are looking to study abroad and individuals from China who are in our U.S.-based communities. How are they being impacted by this? Do they have families who are impacted? Do they need support?”

Northwestern announced Tuesday that it was prohibiting university-sponsored undergraduate travel to China in light of the U.S. advisories. A university statement encouraged “all members of the Northwestern community to consider postponing travel to China at this time, given the uncertainty about how rapidly the virus is spreading, as well as the possibility of travel disruptions due to new areas in China that are under quarantine. Keep in mind that Lunar New Year holidays, between now and Feb. 3, is a busy travel period during which the virus could spread further throughout China and other countries in the area.”

New York University has communicated information about the travel warnings to its schools, programs and offices, a university spokesman said. The university is delaying the start of the spring semester at its Shanghai campus until Feb. 17 and is moving “many” classes online to give students the opportunity to complete classes remotely.

“Our academic planning has centered around two issues: 1) contingency planning for NYU Shanghai to address students’ academic progress if circumstances prevent classes from going forward on Feb. 17, and 2) planning to address academic progress for students who are unable to resume their studies because of travel restrictions (e.g., from affected areas in China),” said John Beckman, a NYU spokesman.

“With respect to No. 1 — we have communicated with NYU Shanghai students about the delay and about our contingency plans to ensure that students can continue to make academic progress, which emphasizes online coursework but also includes the possibility of study at other NYU sites. We have advising staff standing by to assist students,” Beckman said. “With respect to No. 2 — we have communicated directly with students who were from regions where travel restrictions are in effect to let us know if they are unable to return to school. We have reached out to faculty who, our records reflect, have students in their classes who may be affected by the travel restrictions, and giving them guidance and options about how they can enable the students who may be stuck in China to participate in the class.”

Duke University has also postponed the start of the semester at its campus in Kunshan, China, until Feb. 17 and has restricted access to the campus. On Tuesday Duke announced it was immediately restricting all university-funded travel to China by students, faculty and staff. The university said that individuals “who are engaged in research or clinical activities in China and need to travel there urgently in the next several weeks should contact their dean, department chair or unit director to activate the process for an exception to this travel restriction.”

Johns Hopkins University said its center in Nanjing, China, was already scheduled to be closed until late February for the Lunar New Year break. The university has three students who were scheduled to start study abroad programs in Shanghai in February, said Karen Lancaster, a university spokeswoman.

“Those programs have been canceled, and we are working with the students to identify alternate programs,” she said.

Arizona State University also announced that it was restricting all university travel to China.

Texas A&M University announced Tuesday that it was suspending all university-sponsored travel for undergraduates and that it was urging all faculty, staff and graduate researchers “to give serious evaluation before requesting travel to China as it will require pre-approval and only be granted for essential travel.”

“Travel to China is considered high risk and no precautions are available to protect against the identified increased risk,” Texas A&M said in its announcement.

The University of Michigan also announced new restrictions on student travel: undergraduates cannot travel to China, and graduate students can only do so with a university-approved safety plan.

The study abroad provider CIEE said on Tuesday it was suspending all programming in China in part due to the upgraded travel warnings from CDC and the State Department. “Those escalations, combined with our institutional partners in China indefinitely delaying the start of their classes, has prompted us to suspend all current programs in China, including our Open Campus block program in Shanghai that has already begun,” the organization said in a statement on its website.

“At this moment, our worldwide staff is exploring feasible academic options for our current and future students, and will be communicating additional details to both students and home universities very shortly. Until all current CIEE participants in China have left the country, our on-site staff will be there to support their health and safety,” the organization said.

Robert L. Quigley, senior vice president and regional medical director of International SOS, a medical and travel security company, said that colleges that already have students, staff and faculty in China need to be aware of local laws and restrictions, including strict transportation restrictions that are in place for the Wuhan area, which is essentially on lockdown.

He said he would recommend “universal precautions, avoiding public arenas, washing your hands, and if you are developing symptoms, see a doctor, but the health-care infrastructure is overwhelmed at present,” Quigley said.

“We haven’t seen any massive exoduses out of China, but that’s today,” Quigley said Tuesday. “That could be different tomorrow and could be different the day after that. The verdict is not in yet whether this is going to be another bad flu bug or whether it has the virulence to be something that’s comparable to something like MERS [Middle East Respiratory Syndrome] or SARS [Severe Acute Respiratory Syndrome].”