Report: California Ahead on Dual Enrollment 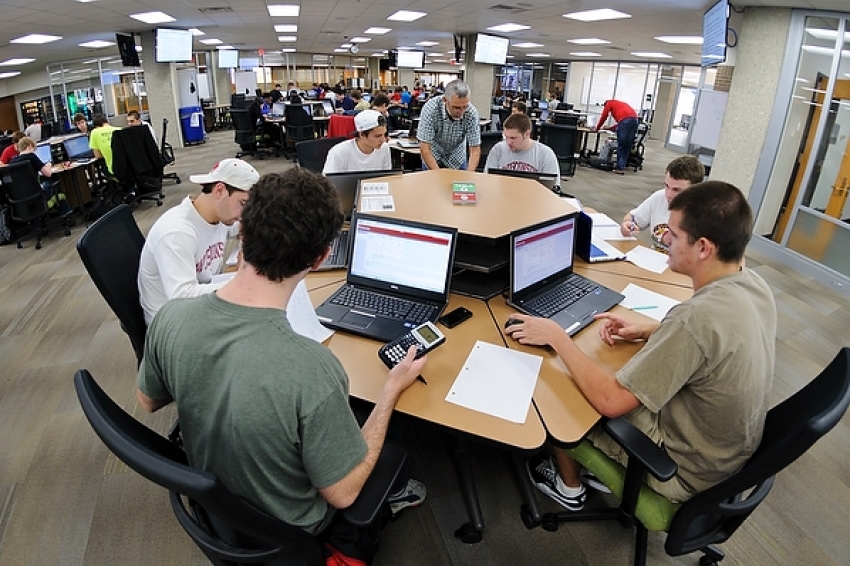 If you’re already feeling jittery about enrollment trends, please put down that coffee before reading any further. The rules of competition are changing.

Case in point: Thirty-five percent of enrollment leaders said they were considering trying to poach other colleges’ students, according to a recent survey by EAB, a consulting firm in Washington, D.C. How? By sending transfer incentives to students whom they previously admitted but who ended up attending other four-year colleges. Additionally, 11 percent of respondents said they were considering going after students enrolled elsewhere, whether or not they had applied or been admitted in the first place.

Those findings are from a new report, “Enrollment Strategy After the NACAC Vote,” which EAB released on Wednesday. The document offers an early glimpse of how colleges are responding to recent changes in the National Association for College Admission Counseling’s ethics code.

Last fall, under pressure from the U.S. Justice Department, the association, known as NACAC, removed three provisions from its guidelines. One of those provisions barred recruitment of students attending other institutions, as well as solicitation of transfer applications from a previous year’s applicant or member of a prospect pool. Now a once-taboo practice could become a matter of course.

“The gloves are off,” Madeleine Rhyneer, vice president for consulting services and dean of enrollment management at EAB, said in a recent interview. “Now there are more levers to pull. You may not love them; you may not want to use them. But there are a lot more of them to think about.”

NACAC also removed a provision that barred colleges from knowingly recruiting applicants who have committed to or submitted an enrollment deposit to another institution. Nearly a quarter (23 percent) of the survey’s 150-plus respondents said they were considering going after such students.

But, so far, chasing potential transfer students seems like the more-appealing strategy, EAB found. One likely reason: The transfer market is huge and ever churning. According to EAB’s analysis of data from the National Student Clearinghouse, 19 percent of students who first enroll at a four-year college later transfer to another four-year college.

At any moment, tuition-payers everywhere are thinking about ditching their college, for any number of possible reasons. A recent EAB survey of 2,000 freshmen found that fewer than half (48 percent) “definitely” would choose the same college again, with 31 percent saying they “probably” would, 9 percent saying “probably not,” and 5 percent saying “definitely not.” The rest weren’t sure.

If all that sounds unsettling in this age of loosened restrictions and potential poaching, take a deep breath and think of it all as an opportunity. The changes in NACAC’s guidelines, the report says, might sharpen institutions’ focus on retention: “Given the increased risk of losing students to other schools’ transfer-recruitment efforts, it is likely that college and university leaders responsible for keeping currently enrolled students happy and engaged will find it easier to get a hearing from key stakeholders at their institutions.”

Rhyneer, who was previously vice president for enrollment and marketing at Susquehanna University, in Selinsgrove, Pa., suggested that doubling down on student engagement was crucial. “The best strategies for colleges to pursue are in the best interest of the student,” she said. “You’ve got to keep the student in the center.”

After NACAC changed its ethics code, many admissions and enrollment officials said they would be reluctant to adopt any of the once-prohibited practices. But things change. “It seems safest to assume that adoption of more-aggressive recruitment tactics,” the report says, “will be rapid and widespread.”

Embracing a hypercompetitive enrollment tactic, such as poaching another college’s freshmen and sophomores, is a complex decision, Rhyneer said. A college must balance its ideals against bottom-line imperatives, which can be especially difficult at tuition-dependent colleges scrapping for every shred of revenue.

“If you do something that goes against your institutional mission, it’s hard to feel good about it,” Rhyneer said. “Stealing might not be a congruent value with your college’s ethos. So making these moves isn’t something everyone would feel good about at all. On the other hand, you don’t feel good about people on your campus not getting paid.”