Is Trump to blame for falling international enrolment?

Student Housing Party on Wall Street May Be Over – WSJ 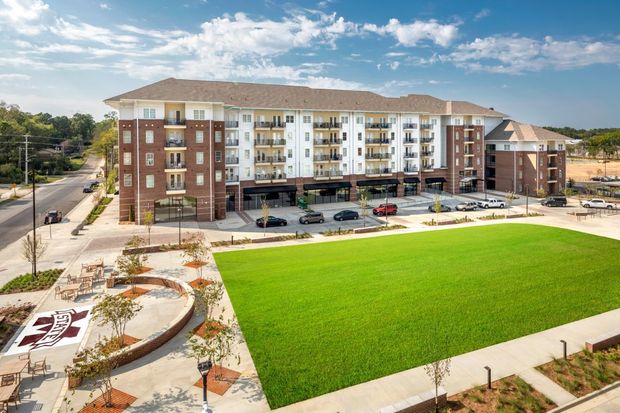 The student-housing sector, which had become a darling of real-estate investors in recent years, is running into turbulence.

About 3.9% of the debt backed by student housing that was converted into commercial mortgage securities was more than 60 days late at the end of November, according to Fitch Ratings Inc. That is up from 2.78% one year earlier, Fitch said.

By comparison, delinquencies were hitting only 0.46% of commercial mortgage securities loans backed by the broader residential rental apartment sector, which includes student housing, at the end of November. That was unchanged from one year earlier, according to the ratings firm.

The problem is partly that student enrollment is flat or declining at some schools. Meanwhile, new and often amenity-rich student-housing developments have been sprouting in many markets.

For many years, investors often steered clear of student housing because it was tricky to underwrite properties with such frequent turnover and a young tenant base with limited funds who often were reliant on parents. But institutional investors began showing an interest in the sector in the 1990s as college enrollment grew.

What has been you or your family’s experience with student housing? Join the conversation below.

Investment was especially heavy during the current recovery. Millennials were going to college in greater proportions during a large part of the period between the late 1990s through the early years of the recovery, said John Pawlowski, a senior analyst at Green Street Advisors, a real-estate research firm.

Also boosting the sector, institutional investors, including sovereign-wealth funds, view student housing as less tied to the ups and downs of economic cycles. People tend to return to school when the job market is weak, analysts say.

As the sector became popular, so did deal size. For example, in 2018, Greystar Real Estate Partners acquired Education Realty Trust Inc., one of the largest national developers and owners of college housing for roughly $4.6 billion including debt. Harrison Street Real Estate Capital, a major Chicago-based real-estate investment firm, sold a 22-property portfolio for $1 billion in 2018 to a joint venture formed by Scion Group, Singapore sovereign-wealth fund GIC and Canada Pension Plan Investment Board.

But college enrollment has slowed partly because of skyrocketing tuition costs. Fall enrollment at four-year private nonprofit institutions decreased 0.6% in 2019 from the previous year, according to the National Student Clearinghouse Research Center. By comparison, enrollment increased 1.6% in 2014, the center said.

“With an increasing number of on-campus properties delivering, that’s only going to increase the competitiveness of the leasing environment,” Carl Whitaker, a RealPage analyst, said in an email.

New developments can include some upscale amenities like pools, exercise rooms and more common spaces than traditional dorms. But new projects also tend to be priced at the higher end, putting a crimp in demand.

The costs of developing and maintaining student housing are also rising. Costs of land near campuses has soared. Labor expenses have been increasing throughout the construction sector because of an exodus of workers. The approval process also has become tougher in some markets, said Alexander Goldfarb, senior REIT analyst for Sandler O’Neill + Partners LP.

Rents for these higher-end developments “are hitting a rarefied universe and there is less demand,” Mr. Goldfarb said. “The [loan] delinquencies probably have…a lot to do with rents the developer was seeking but were not achieved.”

Write to Keiko Morris at Keiko.Morris@wsj.com

Source: Student Housing Party on Wall Street May Be Over – WSJ