Student Housing Party on Wall Street May Be Over – WSJ

Is Trump to blame for falling international enrolment? 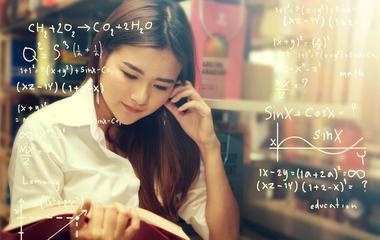 With the release of the latest report this week, commentators have noted that new international enrolments are down more than 10% from their highest mark.

There’s an easy culprit for this: the Trump Effect. Commentators have argued that Donald Trump’s election has soured the image of the United States as a desirable destination for international students.

All over the world, universities seek to participate in the global competition reshaping the international higher education landscape. Universities in Asia are no exception. Over the past two decades, these universities have been expanding their research capabilities and infrastructure with substantial support and resources from their own governments.

This is certainly happening in China, the largest sending country of international students. China’s Double First Class University Plan seeks to transform a handful of Chinese universities into world-class institutions.

The plan targets specific disciplines in order to enhance the research output of designated universities through special funding schemes. And the results are palpable, with more Chinese universities breaking into the top 200 within university rankings in the past few years.

In many institutions across South Korea, for example, the curriculum caters to the growing number of international students on Korean campuses by offering more courses in English. Today, top universities in South Korea conduct up to a third of all their classes in English.

And indeed, many Asian students are finding more compelling reasons not to go overseas exactly because Asian universities are internationalising.

With rapidly improving positions in university rankings, opportunities for high impact research and globally oriented curricula, Asian universities have become desirable destinations for internationally minded students within their own borders.

Asian students are not just looking to destinations like the United States for international education; they now have a myriad of opportunities at home.

Source: Is Trump to blame for falling international enrolment?