Students may want room and board back after coronavirus closures, but refunds would take a bite out of many colleges’ wallets 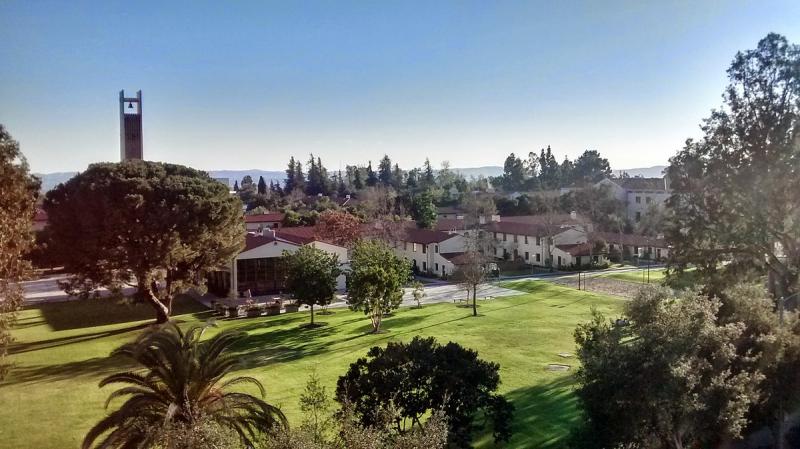 After being given orders from their institutions to depart campus, students who do not have safe home conditions are organizing to demand colleges and universities provide increased emergency housing during the coronavirus pandemic.

Institutions that have shut down residence halls are offering limited housing if students face “extenuating circumstances” or “have no other option,” said announcements from Harvard University and Pomona College, which both told students they must move out. But at Pomona, a private, residential liberal arts college in Southern California, students said less than half of those who asked to remain on campus have been approved, leaving the remaining students scrambling to find places to stay for the remainder of the spring semester — or refusing to leave.

Students have turned to virtual “Zoom-based protest action” to organize, write demands, fundraise and express discontent to administrators about what they view as Pomona’s failure to protect the well-being of vulnerable students. This includes students who are homeless, who have violent households or immunocompromised family members, and students who worry they may face more dire COVID-19 outbreaks in their home countries or cities, according to a spokesperson for Occupy Pomona, a coalition of students petitioning to remain on campus.

Pomona prides itself on being a diverse institution with support for first-generation and low-income, or FLI, students, but those same students don’t feel “welcomed or wanted” anymore, said Marie Tano, a junior from Atlanta, who was denied emergency housing. Tano relies on California’s health-care program and sees physicians and psychiatrists in the Claremont area, where Pomona is located, for a heart condition and repeated hernias. Tano’s health makes her vulnerable to COVID-19, which she can’t afford to treat at home, she said.

Be the first to know.
Get our free daily newsletter.

“Everything I really need to thrive is here,” Tano said. “My dad cannot afford to shell out thousands of dollars to support me … We’re a low-income family, been low-income my entire life.”

Pomona has said students without emergency housing provisions must be moved out of residence halls by today, but Occupy Pomona has said they will refuse to leave. G. Gabrielle Starr, Pomona’s president, verbally promised students would not be forcibly evicted after the deadline, but she has not said whether students will be fined for remaining in campus housing, according to Occupy Pomona’s recount of negotiations with administrators on Monday.

The college will provide prorated room and board refunds to all students who depart campus, but the “current population level on our campus is simply unsustainable under public health requirements during this crisis,” Patricia Vest, a college spokeswoman, said in a written statement. The college does not have a final number of students who will be remaining on campus but is “working continuously to help students move off campus to meet urgent public health necessities,” she said.

“Our actions are motivated by the need to protect the health and safety of our entire campus community: students, staff and faculty,” Vest said. “We are not equipped to support an on-campus population in the face of a pandemic of this nature.”

Pomona has taken a “holistic approach” when reviewing student requests for housing during the pandemic, and considered circumstances such as family structure, finances, immigration issues and geographical distance, Avis Hinkson, vice president for student affairs and dean of students, said in a written statement.

“It was and is a very difficult decision-making process that had to be done in a very short amount of time with ability to travel diminishing quickly,” Hinkson said.

Pomona’s acceptance of some housing petitions and rejection of others has turned into an “oppression Olympics,” as the college appears to be telling some students they “must be in the most dire need possible in order to get help,” said a 2018 alumna who was FLI and has committed to hosting a student during the campus closure. Some students’ home circumstances put them in more immediate danger than the threat of coronavirus, the alumna said.

“It’s important to know there is no monolithic student story,” said the alumna, who did not want to be named because she fears repercussions at her job. “It doesn’t have to be a student coming from a low-income household. It could be a student that comes from a high-income household that is abusive. Ignoring those intricacies is dangerous.”

The “shortcomings” in colleges’ coronavirus emergency plans are representative of gaps in institutional policy making when FLI students are not involved in decisions, said Chris Sinclair, executive director of external affairs for the First-Generation Low-Income Partnership, or FLIP National, a nonprofit advocacy group for FLI students. Middle-class and affluent college students can afford to be uprooted from campus and move online to finish out the semester, Sinclair said. But FLI students face a number of obstacles.

“In fairness to institutions, this is an unprecedented situation … We’re not criticizing the decision to do what’s in the best interest of public health,” Sinclair said. “What we are doing is asking institutions to think through what they’re doing. It’s a different thing to think about how decisions affect the student body more generally, and the most vulnerable in the student body.”

A coalition of students in need of housing at Princeton University feared they would face a situation similar to those at Harvard, which quickly ordered all students off campus last week, so they created a petition on March 10 for Princeton to “not enforce circumstance-blind evictions upon the student body.” It was signed by more than 3,000 people. And the next day, Princeton released a revised policy with criteria undergraduates could meet to continue to live on campus for the rest of the semester, said Anna Macknick, a junior involved in the university’s FLI Council.

“The problem is that there are students who come from abusive homes and families and that’s not considered a criteria to stay,” Macknick said. “Students have been pushing back on going home because although there’s a physical place, it’s not a safe environment.”

Macknick said some students are “falling through the cracks” who have not been approved for housing as the March 19 move-out deadline approaches, including LGBTQ students whose families do not approve of their sexuality and a friend whose mother is immunocompromised because of chemotherapy treatments.

Macknick’s own petition was approved because she is officially recognized by Princeton as an independent student. She does not have contact with her parents, and her backup plan if denied campus housing was staying with friends or sleeping on her sister’s couch, Macknick said. The coalition has moved on from lobbying administrators to actively helping their peers find apartment sublets or faculty members who have offered to house students in need, Macknick said.

“We’re recognizing that there’s a very real possibility that they don’t get that happy ending,” Macknick said. “We’re finding our own solutions and taking care of ourselves because the university isn’t taking care of us.”