How coronavirus is changing admissions

The Coronavirus Is Upending Higher Ed. Here Are the Latest Developments. – The Chronicle of Higher Education 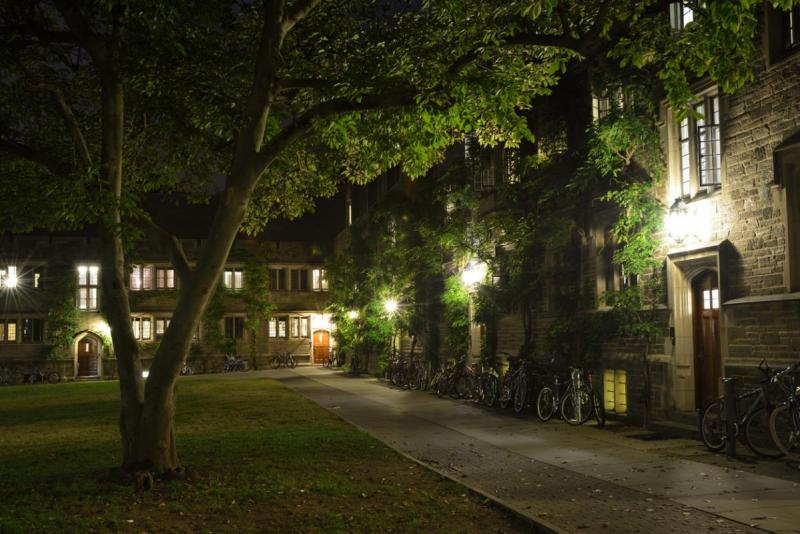 Disruptions due to the coronavirus outbreak continued to ripple across higher education Monday, with more cancellations of in-person courses and meetings.

Known cases of COVID-19, the respiratory illness caused by the new coronavirus, topped 700 in the U.S. Monday. Public health authorities are encouraging colleges and other institutions to encourage “social distancing” in an attempt to slow the spread of the virus.

College and universities are focal points for this effort because many people who travel internationally are on campuses, which also feature dining halls and other public gathering spaces where people face higher odds of being infected.

A growing number of colleges on Monday moved to either cancel classes or to hold all classes and exams remotely, some of them doing so around spring breaks. Most of those institutions are located in California, New Jersey, New York or Washington. However, the geographic range of colleges that are suspending in-person courses is expanding, with some timing those suspensions around spring breaks.

Hofstra University, which is located on New York’s Long Island, on Monday said a student with flu-like symptoms contacted the university’s health center the previous day. The student had traveled to an off-campus conference where an attendee tested positive for the virus.

The university announced that it was canceling all in-person classes this week and through its scheduled spring break next week for undergraduate and graduate classes on its main campus.

The University of New Haven, located in Connecticut, announced Monday that it was suspending all in-person classes and exams through March 24 after people on the campus were exposed to a confirmed case of the virus after attending a conference.

Fordham University, also located in New York, which declared a state of emergency last weekend, announced Monday that it was suspending face-to-face instruction at all of its campuses. The university said classes were canceled Monday and Tuesday and would resume Wednesday with faculty members teaching online or electronically.

“Though this is an undeniable disruption of the academic enterprise, we feel that it is the best way to minimize the risk of spreading the virus within the campus community,” the university said in a statement.

New York University announced Monday evening that it was transitioning to remote instruction until March 27, a period that includes the university’s spring break. Amherst College said it would cancel classes later this week and that all students were expected to leave campus by next Monday. San José State University announced it was suspending classes this week, giving faculty and staff members time to prepare to move classes to “remote modalities” next week.

Officials in California’s Santa Clara County, which is home to SJSU, on Monday called for all events with 150 or more expected attendees to be altered, canceled or postponed until after April 19. Several other colleges around the country also are restricting events to be around that size or smaller, including the Massachusetts Institute of Technology.

For example, late Monday the University of California, San Diego, prohibited campus events of larger than 100 attendees, and limited campus visits to groups of 15 or fewer. Its athletic events will be held without fans. And the university said all lecture and discussion courses will be delivered remotely in its spring quarter.

On Monday afternoon, the University of California, Berkeley, said it was suspending face-to-face instruction beginning Tuesday. That change will remain in place through the university’s spring break, which ends March 29.

“There are no confirmed cases on our campus at this time,” the university said in a statement, “however, as local, national and global public health recommendations shift to include mitigation of transmission, the campus is proactively taking steps that will help to protect the community.”

Berkeley said it would decide what to do on March 30 and beyond based on the latest information about the outbreak.

The University of Florida said on Monday it was recommending that instructors move their face-to-face courses to electronic delivery wherever possible. The university’s provost, Joe Glover, said the recommendation was not yet a requirement. But he said there was a strong probability it would be one before the end of the semester. Glover included resources for faculty to help them make the transition.

Princeton University, citing the “community spread” of the virus, on Monday announced a move to virtual instruction after the university’s spring break, with policies the university said would be in force until April 5.

On Monday Vanderbilt University, which is located in Tennessee, announced it was canceling classes for the rest of the week and moving to distance or other alternative delivery methods next week through at least March 30.

Ohio State University announced late Monday that it was suspending face-to-face instruction and moving to virtual instruction, effective immediately, until at least March 30.

College leaders increasingly discussed how to cope with disruptions to final examinations as they move online. Likewise, some wondered about commencement ceremonies. Western Washington University, for example, over the weekend announced the cancellation of its winter commencement, which was scheduled for March 21.

For example, Bryan Alexander, a futurist and senior scholar at Georgetown University, created a list of institutions that had suspended face-to-face instruction. His spreadsheet, which he created with help from others, on Thursday night included roughly 35 colleges and universities in the U.S.

Daniel Stanford, director of faculty development and technology innovation at DePaul University’s Center for Teaching and Learning, created a spreadsheet with links to remote teaching resources from more than 130 colleges and universities.

Princeton University’s president, Chris Eisgruber, described why his university made the decision to cancel face-to-face instruction despite no cases of infection occurring yet on the campus.

“While much remains unknown about COVID-19’s epidemiology and impact, our medical advisers tell us that we should proceed on the assumption that the virus will spread more broadly and eventually reach our campus,” Eisgruber said in a statement. “They also tell us that the best time to put in place policies to slow the spread of the virus is now, before we begin to see cases on our campus, rather than later.”

Following decisions to cancel SXSW EDU and the American Physical Society’s annual conferences, the American Council on Education and the American Association of Community Colleges on Monday announced the cancellations of their annual meetings, both of which were to be held this month.

ACE, a membership group of college presidents and higher education’s primary lobbying group, was set to host roughly 1,500 college presidents, provosts and other senior administrators in San Diego next week. AACC’s annual meeting had been scheduled for the end of the month in Maryland’s National Harbor, near Washington, D.C.

Some higher education associations rely on annual meetings for a substantial portion of their annual revenue. Questions swirled Monday about whether groups would issue refunds. AACC, for example, said it would issue full refunds.

“This is an unprecedented health emergency which we must all take very seriously and act to protect the health of our community,” the community college association said in a statement.

Testing for Employees, Paid Leave and ICE on International Students

The U.S. Department of Homeland Security on Monday issued guidance on flexibility and rules for international students who attend colleges and universities that are suspending face-to-face instruction.

The department’s Immigration and Customs Enforcement’s Student and Exchange Visitor Program said colleges must inform the feds of accommodations for international students within 10 days after announcing such an operational change.

In addition to requiring colleges to submit information on international students and programs, ICE said it was focused on ensuring that nonimmigrant students were able to make normal progress in a full course of study as required by federal regulations.

“SEVP recognizes that the COVID-19 crisis is fluid and rapidly changing,” the guidance said. “For that reason, SEVP is not requiring prior notice of procedural adaptations, leaving room for schools to comply with state or local health emergency declarations.”

College and university employees who work in health care are on the front lines of dealing with the impacts of the virus.

In Seattle, which has had a relatively large number of confirmed coronavirus cases and most of the related deaths, the University of Washington’s UW Medicine system has turned a hospital garage lot into a drive-by clinic to test employees every five minutes for the virus, NPR reported.

The White House on Monday night was reportedly mulling a range of options to blunt the outbreak’s impacts on public health and the economy. And the Trump administration said it would release guidance on how to keep workplaces, schools, homes and commercial businesses safe from the virus.

One idea that reportedly was on the table was paid leave for workers. Some colleges already are fielding questions about their leave policies amid the outbreak.

The University of Connecticut, for example, over the weekend was cited in a viral tweet alleging that employees were told they would have to use vacation days or personal leave if they took more than three allotted sick days to recover from the virus this semester.

A spokeswoman for the university pushed back on that interpretation, calling it a misunderstanding. She said UConn’s message to students and employees is that, if they get sick with any illness, they should stay home to rest and recover.

“UConn has the discretion to allow additional leave time beyond what is set out in union contracts, and in keeping with the university’s bylaws,” she said via email. “In addition, during unusual or extraordinary circumstances such as a pandemic, UConn would of course use maximum flexibility to help ensure the health of our employees and community.”