Summer 2020 CPT Internship in the USA during COVID-19 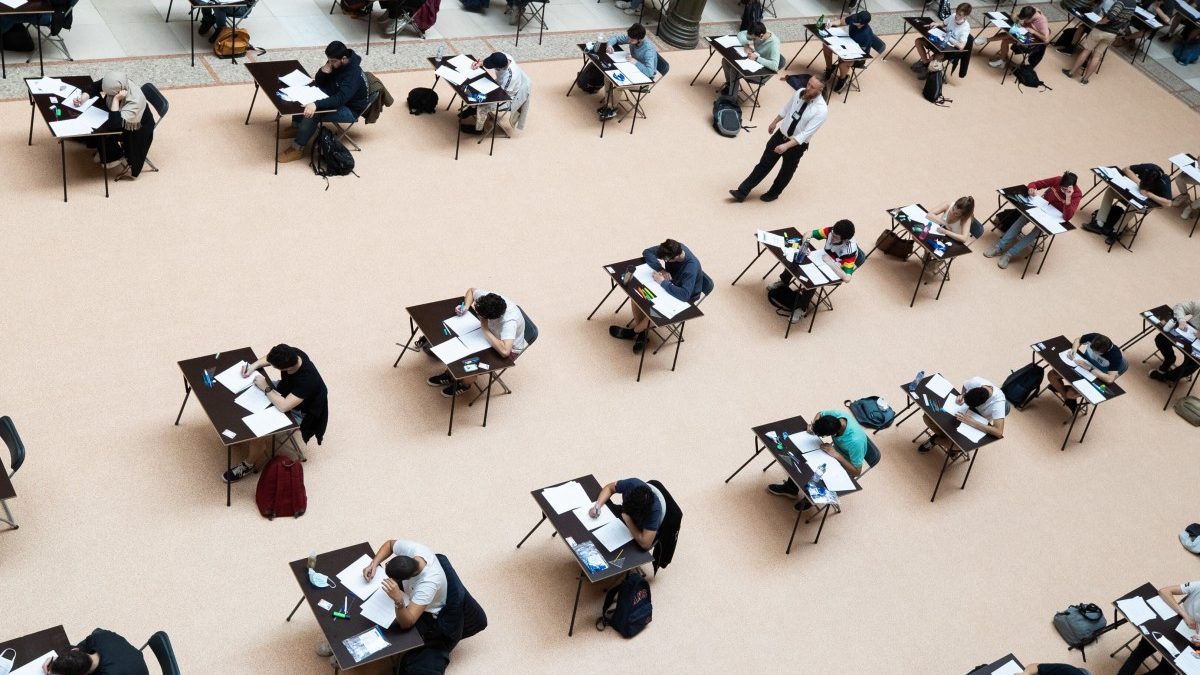 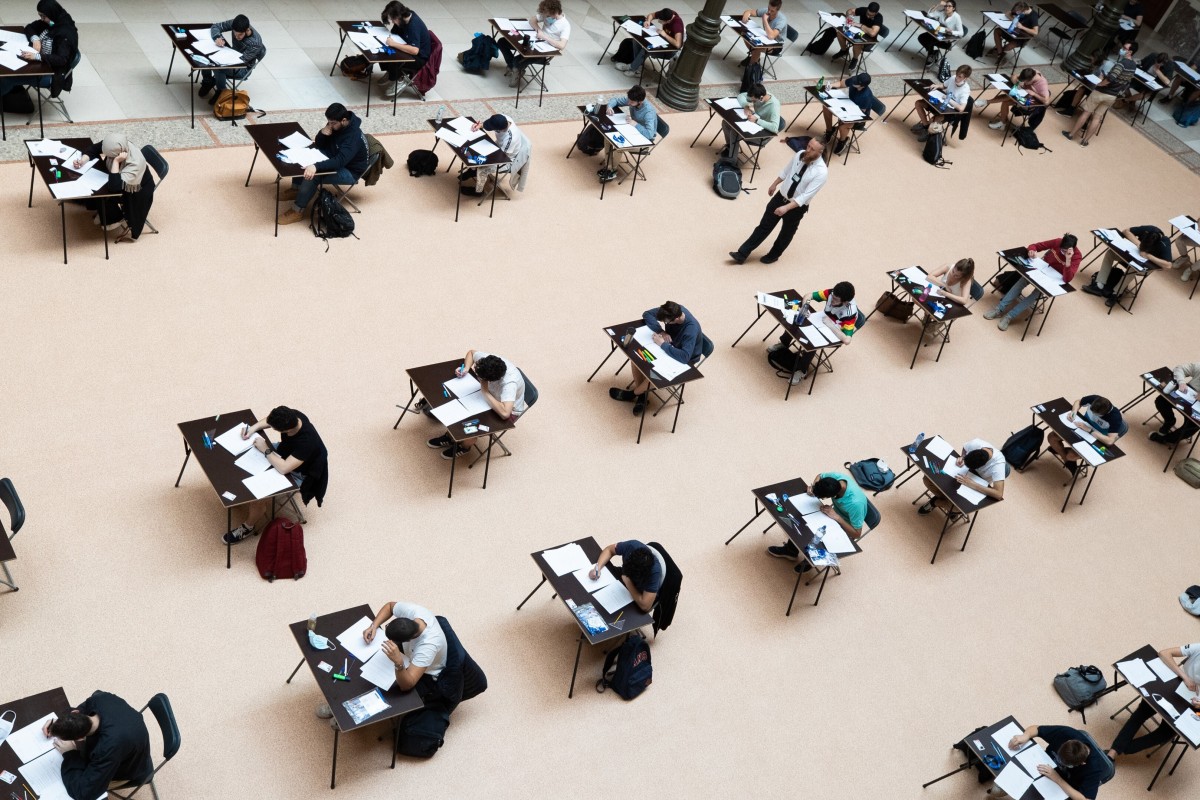 After spending three years learning German and receiving acceptance letters from a number of the country’s universities, Tasin Siddiqi was almost ready to move to
Europe

. But the 23-year-old Indian’s plans have been plunged into uncertainty amid the global disruption caused by the

because tuition fees there are subsidised and he could have received an 18-month work visa after completing his Master’s degree. “I have invested so much time and resources, I don’t want to look elsewhere,” he said.

Siddiqi is just one of hundreds of thousands of Indian students whose plans have had to be put on hold by the pandemic.

About 1.1 million Indian students were pursuing higher education programmes overseas as of last July, a figure that has swollen hugely in recent years. In fact,
India 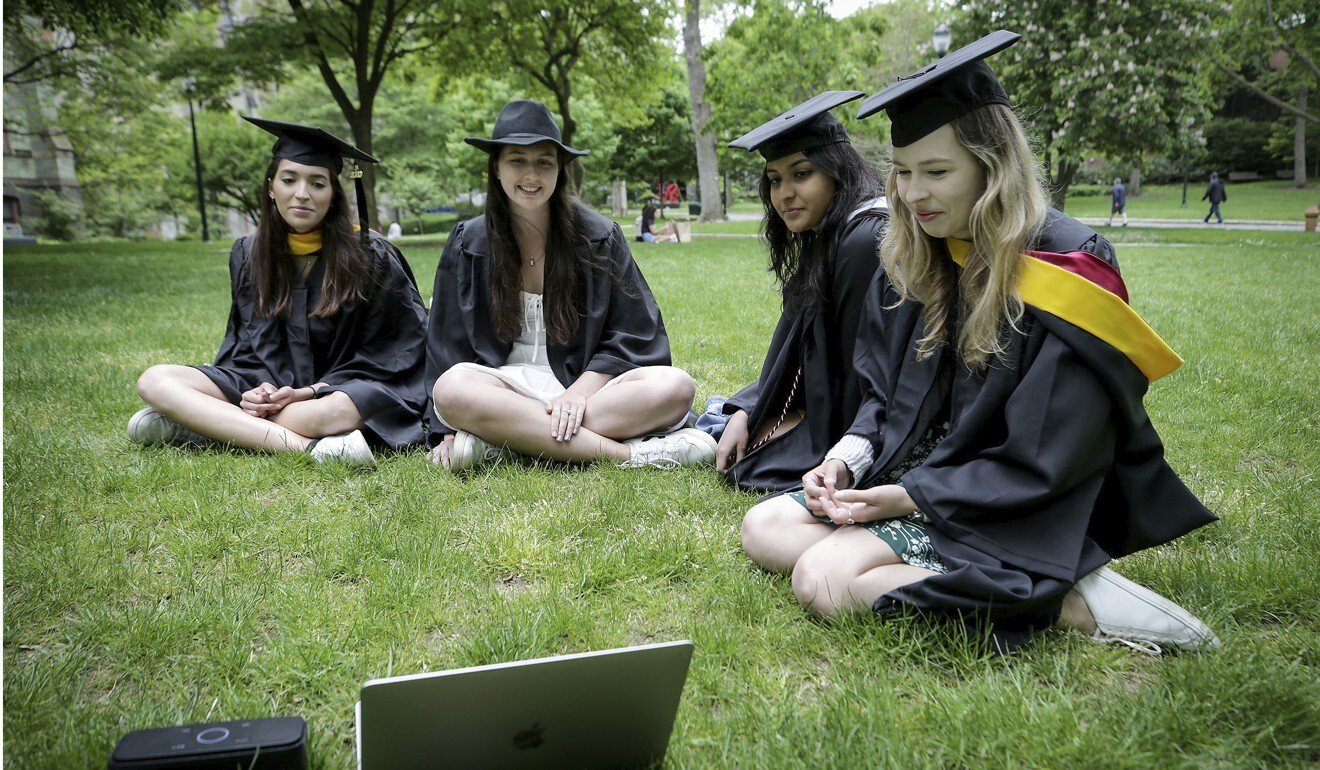 But with Western universities – long the preferred choice of Indian students – struggling to balance safety with education in the time of coronavirus, many aspiring scholars are starting to rethink their choices.

’s University of Cambridge, for example, recently announced all of its classes for the upcoming academic year would be taught online – a move that is forcing some students to reconsider whether it is worth their money.

The power of chance: how an American came to help Nepali villagers

“I am not willing to take up online classes because I want to experience face-to-face teaching,” said Sruzana Kotapati, a Hyderabad-based student who had accepted an offer from Liverpool University in the UK for an advanced computer science course.

“If the September course is moved online, then I would choose to defer my course to January looking into the circumstances,” she said. 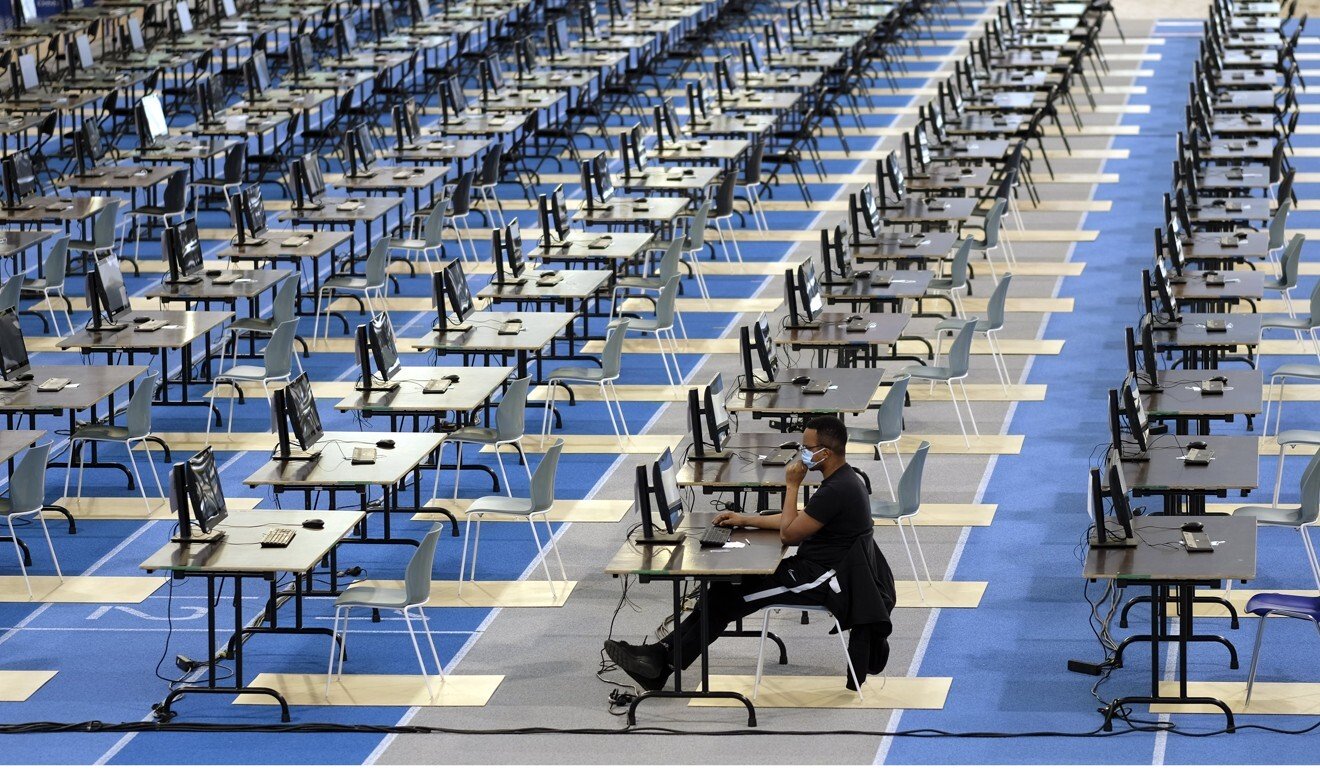 A single student takes an exam at a university in Belgium on Tuesday after his classmates opted to do theirs from home. Photo: DPA

It is not just online tuition, either. Indian students are also being put off by dwindling employment options in the countries where they would study, the introduction of virtual graduation ceremonies and recurrent reports of stranded Indian graduates being stuck with hefty rents for their accommodation.

For India’s aspirational middle class, graduating from a foreign academic institution provides a seal of approval in their professional pursuits and remains a personal badge of honour.
Many take out educational loans to chase their dreams, in turn providing foreign universities with a valuable source of revenue.
Top destinations for Indian students in the recent past have included the US, Britain, Canada and
Australia

is set to hold a virtual summit with his Australian counterpart Scott Morrison during which they are expected to discuss forming an educational partnership to lure more Indians to Australian universities. 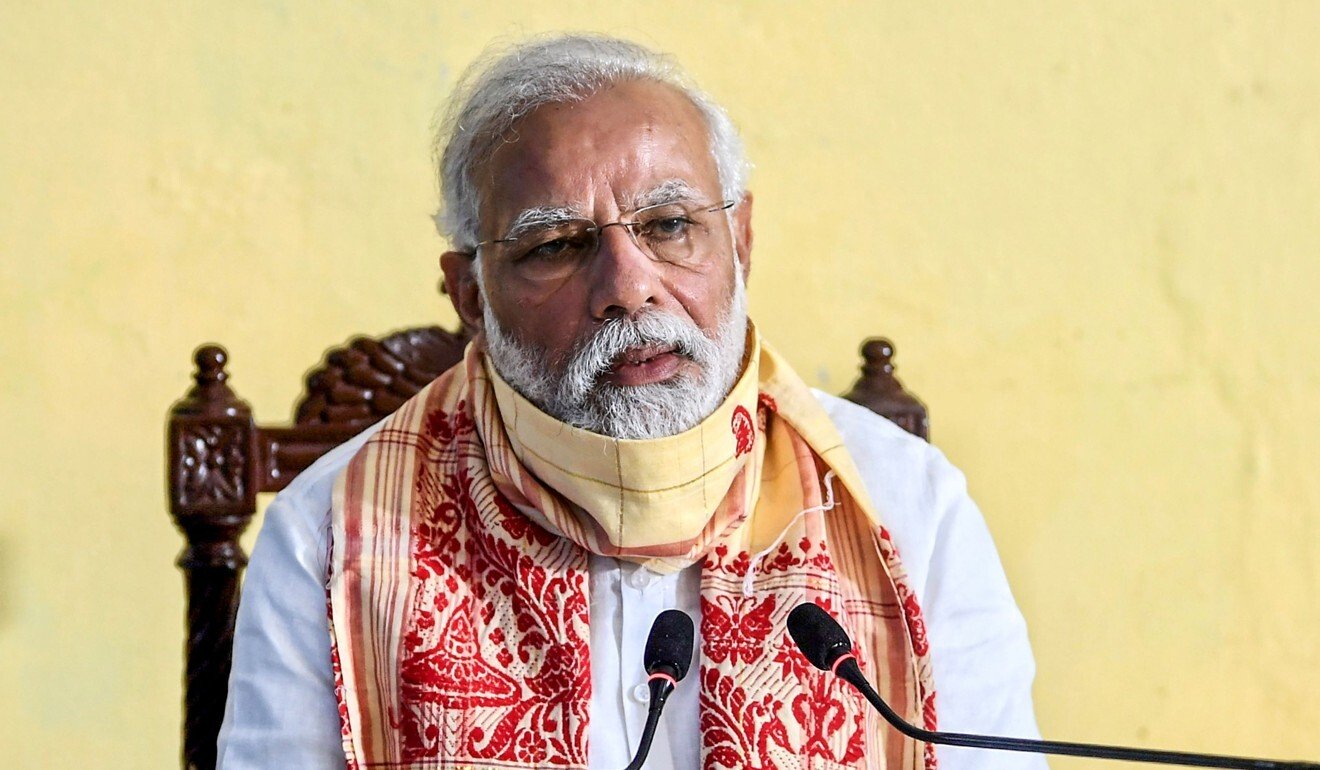 China, which is already the favoured port of call for Indian students among the country’s neighbours, has also been growing steadily more popular, particular with those who want to study medicine.

“China is now definitely on my radar after seeing the way they’ve handled the coronavirus outbreak compared to other countries,” said Ramya Sampath, a student paramedic who is hunting for universities for her postgraduate course.

Akshay Chaturvedi, CEO of Leverage EDU, a New Delhi-headquartered platform which helps students with higher education and career guidance, said he had already seen “two notable changes” in the way Indians choose where to study. First, international universities have shown increased “openness to engage and do more for Indian students given everything that is happening”, he said, while the students themselves have shown an increased willingness to study in countries that have had comparative success tackling the coronavirus, such as “
New Zealand

, Australia, Germany and, in parts,

According to a recent study by the Indian arm of Quacquarelli Symonds (QS), a UK-based agency that specialises in ranking higher education institutions, nearly half the Indian students who were planning to study non-STEM (science, technology, engineering and mathematics) subjects abroad have since changed their minds. 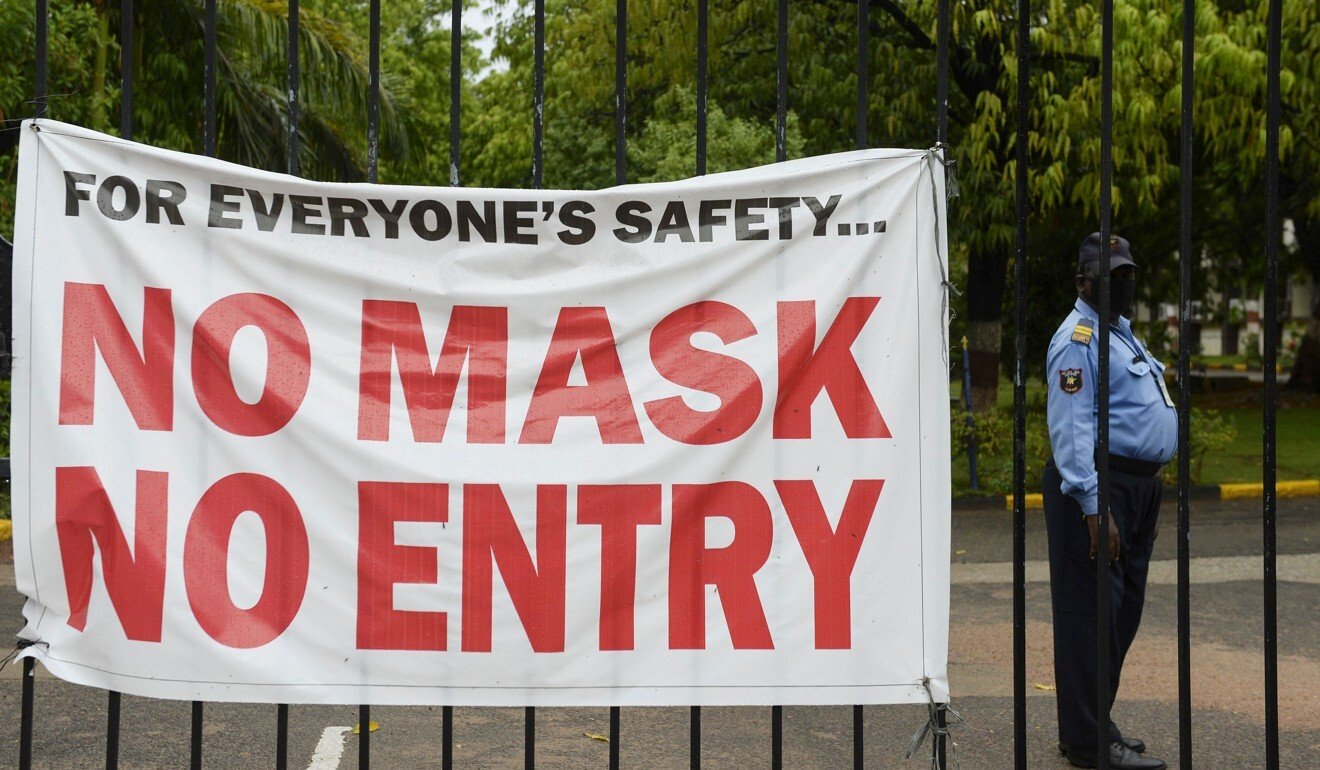 A security guard stands beside a banner at the entrance gate of a university in Hyderabad, India, on Tuesday. Photo: AFP

The ‘Indian Students Mobility Report 2020’ study found that for the 7,300 students from all the country’s states that were surveyed, safety was now the top concern when choosing a place to study, followed by employability.

Ashwin Fernandes, QS regional director for South Asia, the Middle East and North Africa, said he expected there would now be a surge in Indian students enrolling at premier domestic universities rather than foreign institutions.

This would likely be caused by parents, he said, who are “concerned about the health and well-being” of their children while they study abroad.

“Unlike in the Western world, the parents will have a huge say in this,” Fernandes said. “They would prefer the children to do something either online or within India. Definitely, parents are not going to allow their children [to leave the country] at least for this year.”