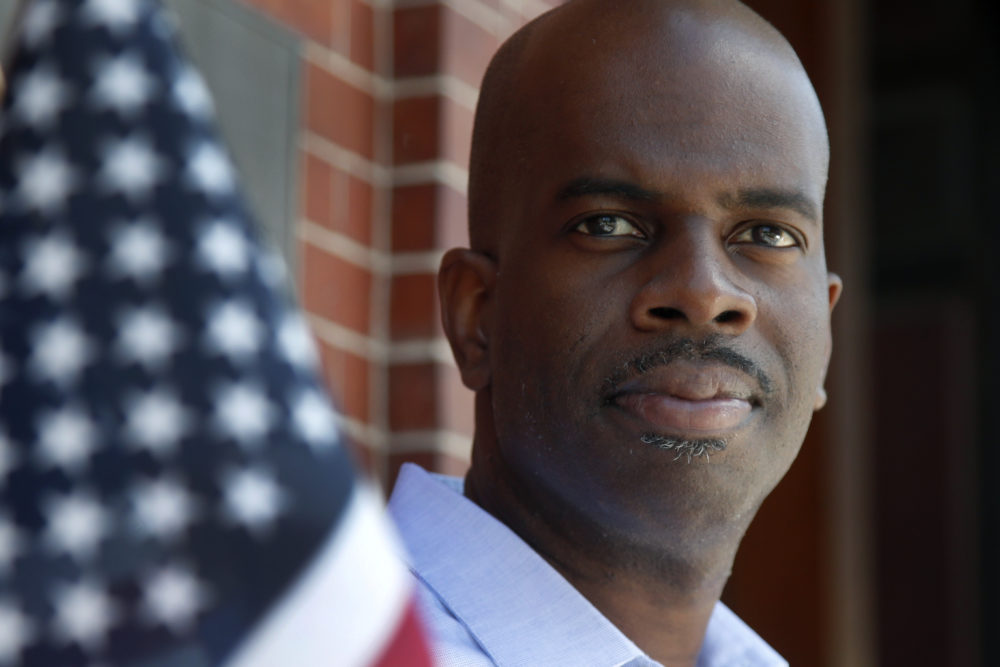 Gregory Minott came to the U.S. from his native Jamaica more than two decades ago on a student visa and was able to carve out a career in architecture thanks to temporary work visas.

Now a U.S. citizen and co-founder of a real estate development firm in Boston, the 43-year-old worries that new restrictions on student and work visas expected to be announced as early as this week will prevent others from following a similar path to the American dream.

“Innovation thrives when there is cultural, economic and racial diversity,” Minott said. “To not have peers from other countries collaborating side by side with Americans is going to be a setback for the country. We learned from Americans, but Americans also learn from us.”

Minott is among the business leaders and academic institutions large and small pleading with President Donald Trump to move cautiously as he eyes expanding the temporary visa restrictions he imposed in April.

They argue that cutting off access to talented foreign workers will only further disrupt the economy and stifle innovation at a time when it’s needed most. But influential immigration hard-liners normally aligned with Trump have been calling for stronger action after his prior visa restrictions didn’t go far enough for them.

Trump, who has used the coronavirus crisis to push through many of his stalled efforts to curb both legal and illegal immigration, imposed a 60-day pause on visas for foreigners seeking permanent residency on April 22. But the order included a long list of exemptions and didn’t address the hundreds of thousands of temporary work and student visas issued each year.

Republican senators, including Tom Cotton of Arkansas and Ted Cruz of Texas, argue that all new guest worker visas should be suspended for at least 60 days or until unemployment has returned to normal levels.

“Given the extreme lack of available jobs,” the senators wrote in a letter to Trump last month, “it defies common sense to admit additional foreign guest workers to compete for such limited employment.”

Trump administration officials have been debating how long the forthcoming order should remain in place and which industries should be exempted, including those working in health care and food production.

But the White House has made it clear it’s considering suspending H-1B visas for high-skilled workers; H-2B visas for seasonal workers and L-1 visas for employees transferring within a company to the U.S.

In recent weeks, businesses and academic groups have also been voicing concern about possible changes to Optional Practical Training, a relatively obscure program that allows some 200,000 foreign students — mostly from China and India — to work in the country each year.

Created in the 1940s, OPT authorizes international students to work for up to one year during college or after graduation. Over the last decade, the program has been extended for those studying science, technology, engineering and mathematics so that they can now work for up to three years.

While congressional Republicans have been some of the strongest supporters of eliminating the program, 21 GOP House lawmakers argued in a letter to the Trump administration this month that OPT is necessary for the country to remain a destination for international students. They said foreign students and their families pump more than $40 billion annually into the economy even though the students represent just 5.5.% of U.S. college enrollments.

Companies and academic institutions also warn of a “reverse brain drain,” in which foreign students simply take their American education to benefit another nation’s economy.

Some critics say OPT gives companies a financial incentive to hire foreigners over Americans because they don’t have to pay certain federal payroll taxes.

“The government does not require that there be actual training, and no one checks on the employer or terms of employment,” she said. “Some of the participants are career ‘students,’ going back and forth between brief graduate degree programs and employment, just so they can stay here.”

Xujiao Wang, a Chinese national who has been part of the program for the past year, said she doesn’t see any fault in trying to build her family’s future in the U.S.

The 32-year-old, who earned her doctorate in geographic information science from Texas State University, is working as a data analyst for a software company in Milford, Massachusetts.

She’s two months pregnant and living in Rhode Island with her husband, a Chinese national also working on OPT, and their 2-year-old American-born daughter. The couple hopes to eventually earn permanent residency, but any change to OPT could send them back to China and an uncertain future, Wang said.

“China is developing fast, but it’s still not what our generation has come to expect in terms of freedom and choice,” she said. “So it makes us anxious. We’ve been step-by-step working towards our future in America.”

In Massachusetts, dismantling OPT would jeopardize a fundamental part of the state’s economy, which has been among the hardest hit by the pandemic, said Andrew Tarsy, co-founder of the Massachusetts Business Immigration Coalition.

The advocacy group sent a letter to Trump last week pleading for preservation of the program. It was signed by roughly 50 businesses and colleges, including TripAdvisor and the University of Massachusetts, as well as trade associations representing the state’s thriving life sciences industry centered around Harvard, MIT and other Boston-area institutions.

“We attract the brightest people in the world to study here, and this helps transition them into our workforce,” Tarsy said. “It’s led to the founding of many, many companies and the creation of new products and services. It’s the bridge for international students.”

Minott, the Boston architect, argues that the time and resources required to invest in legal foreign workers, including lawyers’ costs and visa processing fees, exceeds any tax savings firms might enjoy.

DREAM Collaborative, his 22-person firm, employs three people originally hired on OPT permits who are now on H-1B visas — the same path that Minott took early in his career.

“These programs enabled me to stay in this country, start a business and create a better future for my family,” said the father of two young American-born sons. “My kids are the next generation to benefit from that, and hopefully they’ll be great citizens of this country.”