If I were a university president for one day – aka being a president during COVID-19 pandemic. Should universities open for the fall or should they remain in on-line mode? That is the question

Why Some Universities are Seeing an Influx? 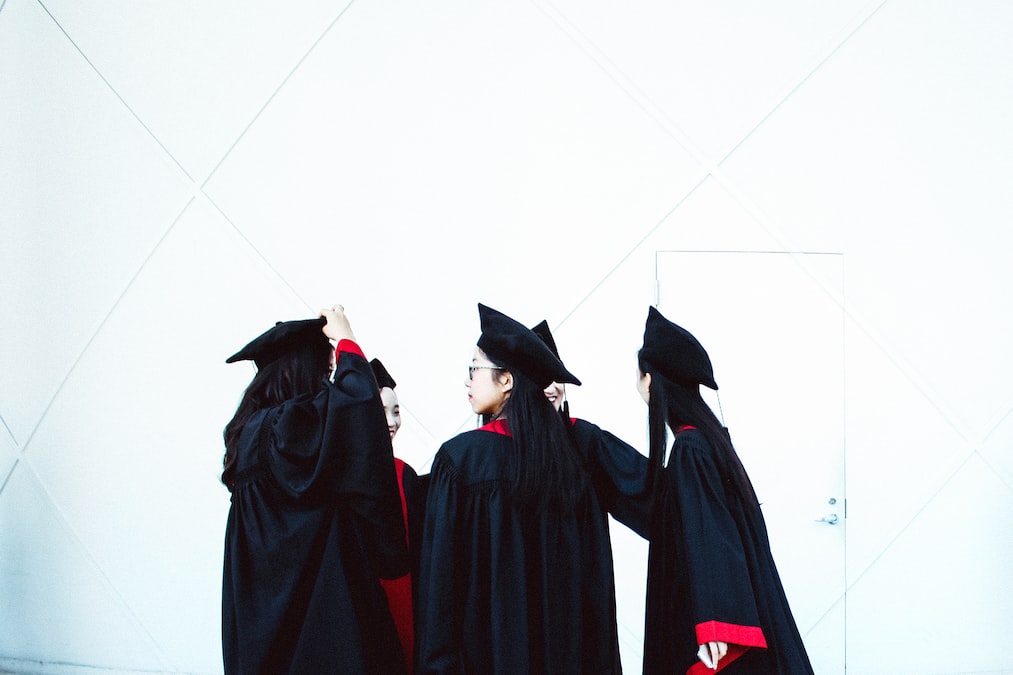 MORGANTOWN, W.Va. — On a crisp day in November, three young men gathered at the tiny municipal airport in Morgantown, just minutes from West Virginia University’s campus. One paced nervously, having never flown before. Another was dressed as the university’s mascot, wearing buckskin and toting a rifle. The third was reading a book, Ralph Ellison’s “Invisible Man.”

The three men, all W.V.U. students, were boarding a private plane for a recruiting trip to McDowell County, the remote heart of Appalachia, with Gordon Gee, the university’s president. Their job was to persuade some of the state’s most promising high school students to stay home for college, like they did, and not be tempted by the glamour and mystique of elite schools in faraway states.

“I’ve joked about the fact that I want to build a wall around West Virginia and keep all the kids here,” Dr. Gee said, chuckling. “A state can’t flourish that can’t keep its young people there.”MASKLESS POLICEIn recent days, police officers without masks have been spotted on regular patrols and at protests in some cities.

State-funded universities have always striven to keep their states’ brightest students at home, knowing that many of those who leave their communities will never return. Now, as the pandemic erodes the economy and civil unrest sweeps the country, colleges are seeing renewed success in their efforts to reverse years of brain drain, with students responding to a new focus on basics, like family and community, over prestige.

New Jersey, a densely populated state in a region with many college options, has been a big exporter of college students. So this spring, 10 public college and university presidents dreamed up the New Jersey Scholar Corps, their version of a pandemic Peace Corps. Their goal was to convince New Jersey students studying in other states to return, by offering expedited application review and volunteer opportunities.

At one of the 10, Montclair State University, 16 students applied to transfer back from out of state, and half have accepted offers of admission, with others in the works. Over all, the in-state acceptance rate at Montclair State is up almost 2 percent over last year.NEW LOCKDOWNSSome states and counties are delaying and even reversing reopenings as virus cases mount in the South and West.

“We are at the moment when we can get the attention of families who historically overlooked their in-state opportunities, and perhaps begin to change the mind-set,” said Joseph A. Brennan, vice president of communications and marketing.

Since the pandemic began, the University of Kansas has been getting more transfer students from other four-year institutions. “In many instances, those are students from Kansas who went away to institutions who then are coming back to Kansas,” Matt Melvin, vice provost for enrollment management, said. “We always see some of that, but it seems more pronounced because of the pandemic.”CORONAVIRUS SCHOOLS BRIEFING: The pandemic is upending education. Get the latest news and tips as students go back to school.Sign Up

In order to accommodate those transfers, “who were really in panic mode because their world was turned upside down,” the university has quietly and informally made its deposit and scholarship deadlines more flexible, Mr. Melvin said.

The flip side, he said, is that some of the university’s out-of-state students are returning to their home states. But while the balance is in flux, he hopes that Kansas will see a net gain because it is perceived as a safe place, where the incidence of infection and death from the virus has been relatively low.

What is more, he said, most of the university’s out-of-state students live within a five to eight-hour drive. “Even if we have a second wave, God help us, many of our students, even though they are from out of state, can get home,” he said.

Public universities like Kansas and West Virginia have long struggled to compete against prestigious private schools that heavily recruit students from rural states to increase their geographic, political and socioeconomic diversity.

Historically, Harvard has lowered its minimum standardized test scores for some students recruited from what it calls “sparse country” — 20 largely rural states like Montana, South Dakota, Alabama and, yes, West Virginia, where few students tend to apply to elite universities.

This Labor Day, These Workers Are Trying to Stay AfloatThe Friendship of Elena and TomHow That Surprise ‘Mulan’ Cameo Happened

Dr. Gee said he knew that for students focused on marquee names, W.V.U. might not be the first choice. But in his recruiting trips all over the state on the private plane leased by the university — he tries to hit all 55 counties once a year — he frames it as the right choice if students want to serve their communities.

“I want all of you to stay and never cross that border, and I want our young people to stay,” he told the mayor, a pastor and other pillars of the community who gathered for a reception in his honor in McDowell County on the trip in November. “We are everyone’s university.”

Sometimes his pitch succeeds, Dr. Gee said, as with the young man who called him from Boston Logan International Airport a few years ago to say that he did not feel like he belonged when he visited Harvard.

Often it does not.

But Dr. Gee has leaned into his usual outreach during the pandemic. “I have called every valedictorian in the state, and I am calling every student body president right now,” he said last month. “In a small state, I can do that.”

Each week, he has also been calling about 50 students who put down deposits for the fall, just to see if they had any concerns about attending.

The pandemic, he says, has played to West Virginia’s strengths. “No one can say a pandemic is healthy,” he said. “But the short- and long-term trends for a place like West Virginia are going to prove very positive. We have a big academic medical center right in the middle of campus. So we can take care of those kids.”

Emilie Charles lives in Huntington, W.Va., an industrial city on the Ohio River. She graduated this spring from the regional high school where, as a soccer player and aspiring pre-med student, she was being courted by schools from California to Florida.

Notre Dame, in Indiana, sent a handwritten card, telling her why the school liked her, and put her in touch with students who could tell her what a great place it was. But those students seemed so different from her that they could not, she said, tell her “what it would be like for me, specifically.”

Pepperdine, in Malibu, Calif., sent her a note quoting a line about her devotion to Christian values, from her personal essay, but she worried about going all the way to the West Coast and finding that the dormitories were closed because of the virus.

The unstable economy made her parents, both doctors, feel more vulnerable, and the feeling rubbed off on her. Then she won a full-tuition scholarship to West Virginia, and Dr. Gee personally called to congratulate her. “I thought that was really cool,” she said. “I thought I would hate staying home, but now that I actually have, it’s home.”School Reopenings ›

The latest on how schools are reopening amid the pandemic.

Family migration out of the state has left West Virginia with a shrinking number of students in kindergarten through 12th grade. The state also has a tradition of working-class students graduating high school and going straight into decent-paying jobs in the oil, gas and coal industries, said George Zimmerman, head of admissions and recruitment at W.V.U. Convincing some students that higher education is worth it has been a long-term challenge.

That was part of Dr. Gee’s mission when his plane landed in Beckley, in the southwestern part of the state, last fall. The seven passengers switched to a van for the hour-plus drive on winding mountain roads to Welch, the county seat.

The mountain scenery was breathtaking, but cell reception was often blocked in the steep hollers, making Google Maps useless, so an experienced aide navigated from memory. “This is Trump country and coal country,” Dr. Gee remarked, looking out at the hillsides where houses seemed to cling by their fingernails.

Brice Shumate, the student who had never flown on a plane before, was a native son; he grew up 10 minutes away from Welch. He was excited to be headed to his former high school, where his younger sister was still a student.

Apart from a cousin who attended W.V.U. for about half a semester, Mr. Shumate said, he was the first in his family to go to college. His father started working in the coal mines at age 19, like most of the men in his family. “I’ve got a lot of respect for the work, but it wasn’t what I wanted to do with my life. I didn’t want to destroy my body to make a living.”

David Laub, the book reader, grew up in Martinsburg, an easy drive to Washington and more cosmopolitan than Welch. He was raised to be a Jehovah’s Witness missionary, but rebelled. He received a full scholarship to West Virginia. He had considered Duke, he said, but it was too expensive.

Fears that the rising cost of college will keep students away from higher education have risen with the pandemic. A recent survey of college and university presidents by the American Council on Education, a trade group, found that maintaining fall or summer enrollment was their biggest concern, followed by their long-term financial viability.

The price difference was a big draw for Juliet Wanosky, who grew up in Parkersburg, “an everybody-knows-everybody kind of town,” she said, and was valedictorian of her class this year. Her father is a chemical engineer, her mother a substitute school secretary. She toured M.I.T., Carnegie Mellon and Harvard before the high sticker prices scared her away from even applying.

She wishes she had applied, just to see if she could get in, not because she would have gone there. “The coronavirus pandemic has definitely made me more confident in my decision to go to W.V.U.,” she said.

The trend showed up in a survey W.V.U. took of incoming students in May. It asked their parents: “Has the Covid-19 crisis led you to believe it’s important that your student choose a school that is closer to home?” It found that 39 percent of those from West Virginia said yes, compared with just 17 percent of parents from the surrounding states of Ohio, Maryland, Pennsylvania and New Jersey.

Some families do not want their children leaving the state or going to schools with liberal reputations because they worry it will change them.

Georgia Beatty said she gave up a spot at New York University in favor of West Virginia, where she is currently a senior, mainly because of the price difference. Now she is determined to broaden her opportunities by leaving the state for graduate school.

But she has butted heads with her grandfather, a retired police officer, who believes that universities radicalize students, and that going out of state will make it worse, especially in this protest era.

“There’s always been a distrust in my family of higher education,” she said. “I’m sort of the black sheep.”