Ivy League Says No Sports Until 2021 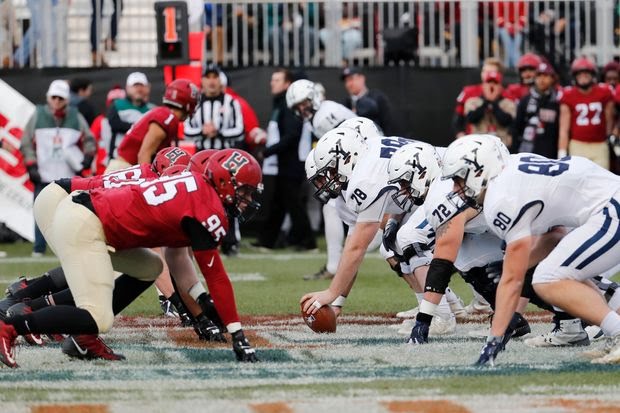 The Ivy League on Wednesday became the first Division I conference to postpone football and other sports until at least the start of 2021, setting the stage for bigger college sports bodies to either follow suit or try to press on toward an uncertain season.

The Ivy League is far from the big-money world of other football-dependent Division I conferences. But it is sometimes a barometer of what larger institutions might do. Last March, the Ivy League canceled its men’s and women’s basketball tournaments days before the NCAA followed suit.

The move comes less than two months before the college football season is supposed to begin with high-profile clashes like Alabama vs. USC on Sept. 5 and Ohio State at Oregon the following week. The giants of college sports will soon be forced to confront whether their seasons can safely start, or proceed at all.

The decision leaves open the possibility that some or all of the sports could hold their seasons in the spring. That is far from a given, however, given how uncertain the future path of the pandemic is.

“With the information available to us today regarding the continued spread of the virus, we simply do not believe we can create and maintain an environment for intercollegiate athletic competition that meets our requirements for safety and acceptable levels of risk,” said the Ivy League presidents in a joint statement.

The prognosis for fall sports in the Ivy League was cast into doubt in recent days when several member institutions outlined plans to limit student capacity on campus this fall. Dartmouth, last year’s co-champion in football, said it would place an emphasis on bringing freshmen to campus, with no more than 40% of the student body present. Princeton’s campus will be populated exclusively with incoming freshmen and rising juniors. Harvard will house first years and a select few upperclassmen who must return to “progress academically.” Brown will split the academic year into three semesters and offer students a place on campus for only two of them.

The situation presents an obvious difficulty for fall athletic teams trying to field a squad, especially in football. As a consolation, the conference will allow athletes that are on campus to attend practices and weightlifting sessions in accordance with school health protocols. This means winter athletes may be able to start official practices on Oct. 1, though spring athletes in sports like baseball, softball, golf and lacrosse that usually play informal games in the autumn won’t be in action.

Fall sports athletes will not use one of their seasons of eligibility in 2021 regardless of whether they enroll. However, the Ivy League does not make it easy to play for five years: there are no graduate transfers in the conference and the only way to get an extra year of competition is through a medical redshirt. When spring athletes saw their seasons suspended, the NCAA declined to request a blanket waiver from the NCAA that would allow them to come back for another season. 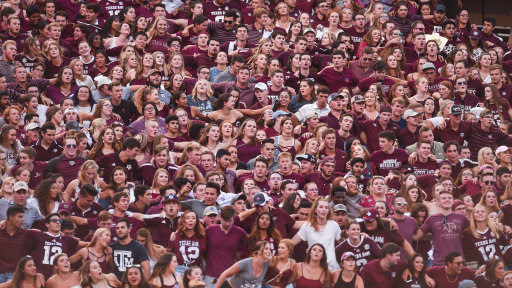 Sports fans are longing to return to the stands, but health experts say stadiums are one of the highest-risk areas for coronavirus transmission. Dr. Peter Chin-Hong, an infectious disease specialist, walks us through how easily the virus could spread among the crowd. Photo: Associated Press

The Ivy League didn’t rule out the possibility of playing football and other fall sports in the spring. But this comes with its own set of logistical challenges.

While many universities in the Power Five sponsor the NCAA minimum of 16 sports, the Ivies field more than twice as many teams. There are 40 varsity sports at Harvard; Columbia has the fewest with 29. Space during a typical school year is already tight, coaches say, with many teams crammed onto fields and in weight rooms. Cornell, Dartmouth, Harvard and Brown have fierce New England winters to contend with, and things aren’t much warmer at the University of Pennsylvania, the southernmost Ivy.

Dartmouth football coach Buddy Teevens also envisions a space issue. His team has an indoor facility they could use when the temperature hovers around 10 degrees, but they share a practice field with both lacrosse teams and track and field. Deciding which teams would get priority for space and practice times would be a major headache. In Philadelphia, late-April football games could conflict with the Penn Relays, the largest track and field meet in the country that fills Franklin Field’s 53,000-some seats.

Ivy League schools compete in the lower tier of Division I, the Football Championship Subdivision, and see few of their games televised or played in full stadiums. The conference’s last national champion was Yale in 1927. With billion-dollar endowments and robust academic fundraising operations, athletics isn’t as essential to the Ivies’ bottom line as it is to schools in the Power Five conferences.

“Maybe our group can look at it objectively and say, ‘maybe this is the best thing from a health standpoint for the greatest number,’ ” said Teevens. “The FCS, Division II and Division III programs are all pretty much in the same boat. They’re not revenue producing operations.”

But the pressure to play football—and collect the revenue from it—is much more powerful for most schools in the Power Five Conferences, including giants like Michigan and Texas that turn a profit most seasons. There might not be swimming or golf at some of these schools if football goes away. There may not be upgraded libraries or dorms either.

At independent Notre Dame, football accounted for 87% of the athletics revenue in 2019 and no one on the 103-man roster has yet tested positive for the coronavirus during preliminary voluntary workouts. There’s far more reason for the Fighting Irish to forge ahead than there is for the Columbia Lions, a team that’s won just 26 games in the last decade.

Schools in the Power Five aren’t entirely immune to the havoc of coronavirus, however. Stanford announced Wednesday that financial challenges were behind its decision to discontinue 11 of its 36 varsity sports: men’s and women’s fencing, field hockey, lightweight rowing, men’s rowing, co-ed and women’s sailing, squash, synchronized swimming, men’s volleyball and wrestling.

The sailing program, which in recent years has been ranked among the top in the nation, was caught up in the Varsity Blues colleges admissions scandal last year. Former coach John Vandemoer pleaded guilty to racketeering conspiracy after flagging prospects as recruited sailors in exchange for donations to his team.

The Ivy League’s decision will ripple through Division I football by way of scheduling. The eight teams in the conference were slated to play 24 games against teams in the Patriot League, Colonial Athletic Association Conference and Pioneer League, which in turn often face schools in the Football Bowl Subdivision. Princeton also has an October 10 game scheduled against FBS independent Army.

Additionally, a handful of FCS conferences have rolled out tightened travel protocols for the upcoming season. In the Patriot League, there will be no overnight stays, meaning that all opponents must be within a bus ride. That effectively canceled Fordham’s game against Hawaii on Sept. 12, as well as non-conference games with Navy and Western Michigan, both programs that were bowl eligible in 2019.

Similar restrictions are being discussed among Power Five conferences, particularly the Big Ten, which stretches from Nebraska to New Jersey, and the Atlantic Coast Conference, which runs from Syracuse, N.Y., to Miami, Fla.