Some U.S. colleges stick to in-person reopening in pandemic despite doubts, pushback 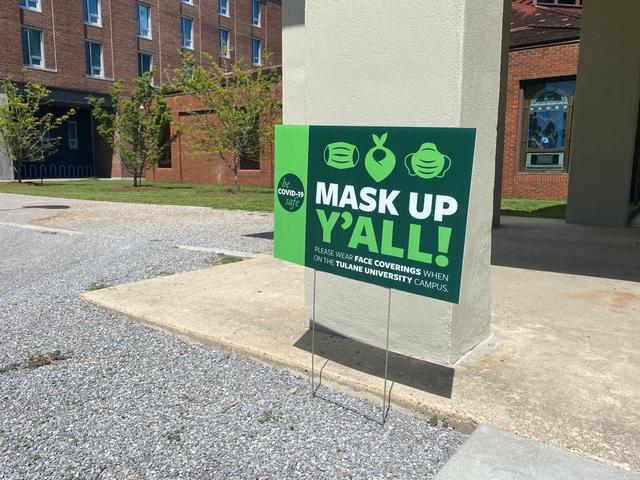 (Reuters) – Many U.S. universities are revamping campuses to resume in-person classes despite COVID-19, requiring students to be tested, wear masks and socially distance, but some college town residents and critics say schools are putting profits before public safety.

Tulane University, a private college in New Orleans, plans to reopen on Aug. 19 to as many as 13,000 students. Before students move in to dormitories, they must report to an “Arrival Center” at a city hotel “where they will be guided through two days consisting of COVID-19 testing and orientation sessions” according to Tulane’s published guidance.

Maintenance workers at Tulane and other colleges are fitting auditoriums and classrooms with signage for social distancing. Students are being asked to wear masks, and at Tulane, those who host parties or gatherings with more than 15 people could face expulsion, the college said.

Rice University in Houston, Texas has contracted for 60,000 COVID-19 tests, and has bought temporary structures and open-sided tents for classes and meeting space.

Cornell University in Ithaca, New York, will require that students enter into a “behavioral compact” aimed at stemming the spread of the novel coronavirus, which has killed more than 162,000 people in the United States and infected over five million.

Tulane president Michael Fitts said enrollment has been largely unaffected by the pandemic.

“The interest in sort of the classic, undergraduate, on-ground experience has never been stronger,” he said.

While college presidents like Fitts say public health is paramount, some industry experts point to schools’ powerful financial motivation to be on campus and in residences because of auxiliary revenue from services such as dining halls, bookstores, and vending machines.

“I don’t think it’s only about money – but it leads with money,” higher education researcher Jeff Selingo said. “Their entire business model, including their financial stability, is predicated on bringing people together in close proximity.”

Some colleges, however, are lowering the number of people allowed on campus to reduce risk of contagion, offering hybrids of in-person and online learning or altering the academic year’s structure.

When the novel coronavirus shook the world back in March, U.S. colleges almost uniformly shut down, dormitories emptied and classes moved online.

“What we are seeing this fall is a million different scenarios,” Selingo said.

In late May, about two-thirds of U.S. colleges and universities said they were planning to resume in-person instruction in the fall, according to data compiled by the Chronicle of Higher Education. That number declined to about 50 percent as of late July.

Johns Hopkins University, a research institution in Baltimore, Maryland, is one of several schools that abandoned plans to have students return to campus.

“Unfortunately, the pandemic is worsening,” Johns Hopkins President Ronald Daniels said in an Aug. 6 letter. “We have concluded that returning in person would pose unacceptable risks.”

Cornell, which has about 23,000 students, has said that in-person classes actually will result in fewer coronavirus cases than a virtual semester.Slideshow ( 5 images )

Thousands of students live off-campus, and many have indicated they will return to Ithaca even if classes are online, Cornell president Martha Pollack said in an Aug. 5 letter.

Resuming campus life makes it easier to monitor and test those students, wrote Pollack, who declined to be interviewed for this article.

Students, for example, will have to fill out a daily online health assessment as part of a behavioral compact and will face penalties, including suspension, for misleading the school.

Still, Cornell’s plan has drawn objections from some Ithaca residents. Ri Bornstein, an artist and administrative assistant, said townspeople have kept the virus under control by acting responsibly and that some students who already have returned to campus are not.

“Cornell is saying people will act appropriately, but then I look outside and see frat parties,” Bornstein said.

“They are enacting the plan that’s about the most possible profit for them,” he asserted, saying Cornell’s modeling seems questionable and self-serving.

Pollack’s letter said that the reopening plan was driven by science, not financial considerations.

Pollack said that while there could be more than a thousand coronavirus cases during the coming semester, online learning would result in several thousand infections, according to statistical modeling done by Cornell data scientist Peter Frazier.

“As we all have learned, there are no perfect solutions to this deeply imperfect situation,” she said. “All we can do is strive our hardest for the best solutions we can find.”