St. Joe’s and University of the Sciences have proposed a merger 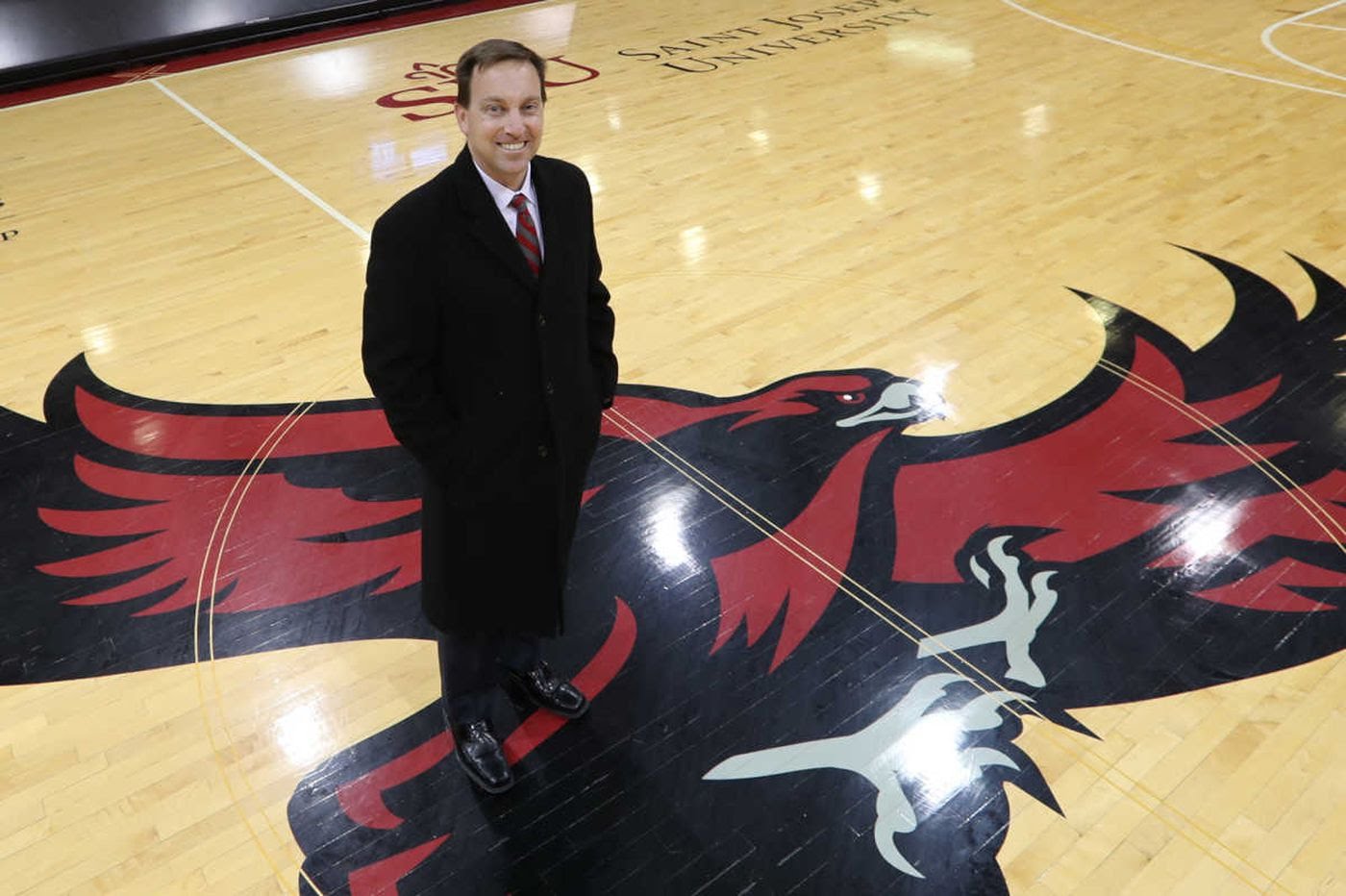 St. Joseph’s University and the University of the Sciences announced Wednesday they are considering a merger to help both institutions grow and thrive in an increasingly challenging higher education market.

Under the proposal, which was revealed to staffs of both schools in an email at noon, the 200-year-old USciences, formerly Philadelphia College of Pharmacy — the nation’s first pharmacy college — would become part of the larger St. Joseph’s, a 170-year-old Jesuit institution.RELATED STORIES

St. Joseph’s would retain its name over the combined entity.

Mark C. Reed, president of St. Joseph’s, and Paul Katz, president of USciences, said they have signed a nonbinding letter of intent to evaluate the impact of a merger and develop an agreement.

» READ MORE: St. Joe’s says it is open to partnerships and wants to add programs

The two institutions are the latest example of potential higher education consolidation in an industry that expects more of it as the number of available high school students drops and pressure to lower tuition builds. Add to that the pandemic, which has cost colleges millions in lost room and board revenue and more money for cleaning, testing, and other initiatives. And in the Philadelphia region, there are a lot of colleges, which means more competition.

“You kind of have this perfect storm,” said Guilbert C. Hentschke, dean emeritus at the University of Southern California and coauthor of Strategic Mergers in Higher Education. “That’s why you can probably look toward more mergers in the future.”

The presidents of the two Philadelphia schools expect to conclude their evaluation this summer, and then complete the merger in another year if the plan is approved. It would be subject to approval by both boards and government and accrediting agencies.

Though much will be discussed over the next several months, the presidents said they envision keeping both campuses, which are less than five miles apart. St. Joseph’s campus straddles the Philadelphia/Lower Merion border and USciences is in West Philadelphia.

Their faculty, budgets, and administrations would be combined, but both presidents said it’s too early to say whether that will result in job elimination.

Katz asserted: “This is not about shrinking. This is about growth and future potential.”

Combined, the institutions would enroll more than 9,000 undergraduate and graduate students and have an endowment in excess of a half-billion dollars, an operating budget over $300 million, and nearly 95,000 living alumni, Reed said.

“Those numbers in terms of the scale … are relevant,” Reed said. “It gives us a lot of runway, a lot of potential.”https://datawrapper.dwcdn.net/qkmaV/1/#amp=1

Reed and Katz said while they have looked at other models, none are quite the same. The Pennsylvania State System of Higher Education is preparing to integrate six of its 14 universities into two new entities. Thomas Jefferson University and Philadelphia University merged in 2017.

“There’s not a playbook for this,” Katz said. “Hopefully, we and St. Joe’s are creating the playbook. One of the things that we’re very confident of is there will be others who consider similar pathways.”

Reed said St. Joseph’s, which has a rich history in liberal arts, business, and education, was looking to add health-care programs. U.S. News & World Report last month said 42 of the best 100 jobs are in health care or health-care support, with physician assistant, a USciences program, No. 1, he said.

But it was actually USciences that approached St. Joseph’s about a merger.

“A little over a year ago, our board and I started talking about really being very proactive in looking at … a bold way to move ahead that would enhance our platform, increase our growth, and give us some new opportunities we couldn’t realize as a stand-alone,” Katz said.

When Katz called Reed last summer about exploring a merger, “we were not only prepared to do so, we were thrilled to do so,” Reed said.

It isn’t the first time USciences has considered merging. The school opted against joining Salus University but has formed partnerships with it.

USciences was founded in 1821 when 68 apothecaries met in Carpenters’ Hall to develop training standards for apprentices and students. In 1921, it became Philadelphia College of Pharmacy and Science and got university status in 1997, taking its current name a year later.

The school has faced financial challenges. In June 2017, with enrollment falling, it laid off faculty and staff and cut programs in the wake of a $4.5 million shortfall in its $90 million budget. Earlier that year, the school lost accreditation for its physician assistant program, but has since regained it and admitted its first new class of 40 students this summer, Katz said. And after resetting its tuition, the school saw a 30% increase in first-year enrollment in 2019, he said.

Fitch Ratings, however, downgraded the university’s financial rating in December and changed its outlook to negative, citing operating cash flow margins and “continuous reliance on supplemental draws from the endowment,” which stands at $172 million. The university drew about $10 million from its “quasi-endowment” to offset operating deficits in fiscal 2019 and 2020, the report said.

Founded in 1851, St. Joseph’s, too, in the last decade has weathered challenges but has taken steps under Reed, who arrived in 2015, to bolster its financial and market position. In a message to alumni and parents in November, Reed said the university finished the last fiscal year in the black, has maintained an A-minus rating from the credit rating agency S&P, and has seen its endowment, now at $352 million, grow by more than 50% in the last five years.

Both presidents said the partnership is a strategic move, not a rescue plan.

“This is an example of opportunity, not born out of necessity,” Reed said.

At St. Joseph’s, several faculty and alumni saw strong potential in the plan.

“I’m really excited that we’re going to be able to partner with such a good school,” said Ann Green, chair of the faculty policy and procedures committee and an English professor.

Ronald Dufresne, past faculty senate president and an associate professor of management, said he realizes there will be some uncertainty for employees, but that he trusts “our leadership will do whatever they can to protect us.”

The news came as a quirky stroke of luck for Jayna Suter, a senior psychology major from Aston and student government president at USciences. When choosing a college, she was torn between the two.

There is some anxiety, said Eric Pelletier, a USciences assistant professor of physical therapy and faculty senate president, with employees not knowing what it could mean for their programs and jobs. But he noted that St. Joe’s doesn’t have many of the programs at USciences.

“There’s excitement that this could position us for the future,” he said.

He’s not too concerned about losing the USciences name, as long as colleges within the school, including its signature Philadelphia College of Pharmacy, retain their names.

Katz said key aspects of the school’s history would be preserved.

“These are institutions that have strong value in their brands and in their identities,” Reed said. “At the end of the day, there will be one name … but I don’t want that in any way to convey from St. Joe’s that we see this as the absorption of an institution. In fact, this is an additive process.”

As for their mascots?

USciences’ Drake the Devil may not be as lucky.

St. Joe’s and University of the Sciences have proposed a merger (ampproject.org)