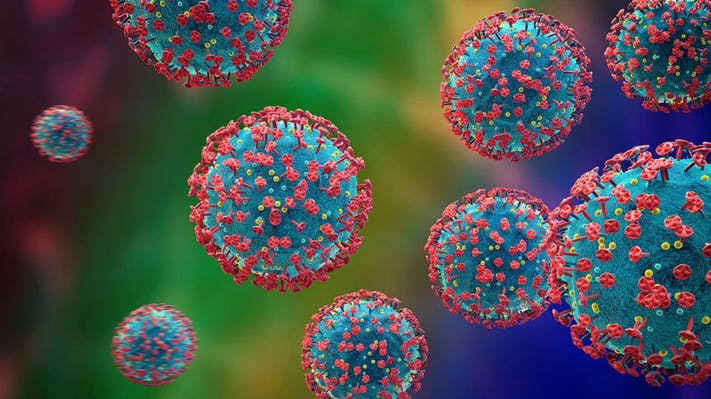 With the omicron variant spreading at record speed, accounting for 73% of new U.S. Covid-19 infections for the week ending December 18, more colleges and universities are making major changes in how they will open for the Spring, 2022 semester.

Even though some public health experts are speculating that the omicron strain is less serious than earlier variants and will cause fewer deaths and lengthy hospitalizations, the sheer magnitude of likely infections has made campus administrators understandably cautious about how their institutions could cope with the size of the outbreak that’s being anticipated for January.

Here’s one example of the new variant’s rapid spread in the U.S: Just one week earlier (ending December 11), omicron was detected in only 12.6% of positive Covid-19 cases so the most recent week’s rate represents a six-fold increase.

And now a new analysis from the University of Washington (UW) predicts a virtual viral blizzard for January, with the potential of three billion people worldwide expected to become infected over the next few months. That’s about 40% of the world’s population.

The UW forecast predicts the omicron wave could infect more than 400,000 people a day in the U.S. when it hits its peak in about six weeks, a much higher figure than the daily peak of last winter.

The responses of U.S. colleges to this latest surge span several mitigation strategies – from mandating vaccine booster shots to starting classes remotely next semester to postponing the start of the semester for a few weeks.

Each day brings news of more colleges announcing that they will require students and employees to have received a vaccine booster before returning to campus for next semester. Almost all of the nation’s top-ranked universities have already issued booster mandates, including all the campuses at the University of California.

At California State University, the nation’s largest four-year-public university, concerns about omicron prompted it to to say on Wednesday that it will require students and employees at its 23 campuses get booster shots by Feb. 28, or six months after the second dose of vaccination.

Remote Classes To Start The Semester

Several institutions have announced that they would begin the next semester with virtual classes. Harvard announced that it would conduct most of its classes and work remotely for the first three weeks of January.

In some cases, remote classes are being planned for periods of two to three weeks. In others, the switch to virtual is scheduled for only a few days, presumably to give institutions time to both assess their local situation and to ramp up testing protocols.

Delay The Start of The Semester

Other schools were electing to delay the opening of classes next year. Syracuse University will delay the start of its spring semester to Monday, January 24, 2022, one week later than initially planned. In a letter to the university, Chancellor Kent Syverud cited “the sharp increase in COVID cases, the rapid spread of the omicron variant and warnings from public health officials that the first three weeks of January will be the most challenging of this surge.”

Yesterday, Yale University announced that it would delay the start of the spring semester for a week. To accommodate that delay, Yale’s spring break will be shortened by one week. In addition most courses will be taught online from January 25 through February 4.

On December 23, University of Chicago Provost Ka Yee C. Lee and Katie Callow-Wright, Executive Vice President of the University and Chief of Staff to the president, sent a message to students and employees indicating that the university would delay the start of Winter Quarter for most schools and divisions by one week—to January 10, 2022. Additionally, a remote-only instructional format will be used for the first two weeks of the quarter, with a return to in-person instruction anticipated beginning on January 24.

Some universities were doubling up on the precautions, announcing, for example, like Stanford that they would require booster shots and open the semester with remote instruction.

Are these adjustments an overreaction to the omicron-driven spike? Some medical experts think so, as reported yesterday in Forbes. “We have to start focusing on serious disease and hospitalization, not cases,” said infectious disease physician Amesh Adalja, senior scholar at the Johns Hopkins Center for Health Security. “Campuses are fully vaccinated yet they are acting as if they’re helpless in the face of Covid-19.”

But the problem facing campus administrators is complicated, largely by the logistics of dealing with a major outbreak of the virus, even if it does not produce many severe illnesses.

Campus health centers would be overrun with cases, health care workers would get sick, depleting their already thin ranks, many classes would be canceled, on-campus events would be scrapped, staff and faculty would be at greater risk to be serious casualties, and local communities could face outbreaks that would swamp their health care systems.

Add to those factors, one fundamental uncertainty: there is still not enough evidence to know how dangerous the omicron variant may be.

So expect more administrators to take a cautious approach as they prepare for next semester. As a result, many more institutions will mandate boosters and/or alter their scheduling of classes. The task of containing Covid-19 remains a major higher education challenge for the foreseeable future.