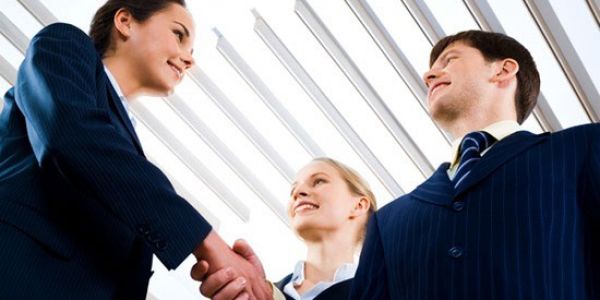 My son’s spring break from high school would occur toward the end of April, and we would take the one opportunity to head to Florida. The vacation invariably took place the same week the bulk of the enrollment acceptances were rolling in at Drew University, where I was then president. I would remain on the campus for a few days to speak to accepted students and then head south.

But I never felt as if I were fully on vacation. I would awake in the Gulf Coast sunshine counting the hours until each late-afternoon call with the day’s enrollment-deposit results. At the dinner table, my family would know whether the mail had been kind or unkind depending on my mood — the agony or the ecstasy, the morose martini or the contented Chianti.

Sometimes the call involved more of a conversation: Should we break into the waiting list? Had we contacted every admitted student by email 20 times? Ought we to respond to this or that financial appeal from parents? Will we need to find more dorm space or plan on closing an unneeded dorm to save some expenses? And had the local post office messed up delivery (always the hope on disappointing days)?

That is how it goes at tuition-driven colleges and universities. The May 1 acceptance deadline is not an end and barely a pause. As soon as the results were known, we would begin to strategize for the next round. How had our various states, and then later our ZIP codes, done? Did we offer too much aid to the top cohort, which typically yields (as we made a frantic verb of a noun) poorly, compared with a second or third tier, where we had a better shot? Had we underspent our aid, or overspent, or just poorly spent? Had our financial-aid consultant and our hired part-time recruiters come through? Let’s get a full-time data person on board for ourselves. How about one of those for-profit groups that can bring in the students from Asia? Let’s. Let’s. Let’s.

Emotions ran high, and praise or blame got distributed willy-nilly. But none of us found the experience to be what, in hindsight, it too often was — egregious. We didn’t experience it as such, because the stakes were too high, the emotions were too strong, and the desire to do well for “our side” made it feel no more selfish and far more consequential than trying to prevail in a sporting event.

In the fury of the moment, we never stopped to wonder whether what we were engaged in was more like a balletic game of basketball or mud wrestling. Looking back, I wonder where my educator self had gone, for I was as knee-deep in the big muddy as anyone.

It is too easy to look back with anger once one is no longer responsible. Any leader of a tuition-dependent college who is not concerned with competing for students and balancing a budget is criminally, or at least goofily, unfit for the job.

Even so, there are many ways to compete, and I believe that private liberal-arts colleges, collectively, have emphasized some superficial ones far more than substantial ones.

My professorial self wants to rant about the wasted mailings of dumbed-down picture books (all those lost forests for naught); the nagging emails to prospective students (a high-school junior I know received more than 300 and just as quickly deleted them); the misuse of financial aid for students whose circumstances do not require it (and whose merit consisted largely in filling otherwise empty dorms); the endless studies of ZIP codes and retention factors (and the staff or outside fees that go with them). All of that in order to make decisions that should have a greater basis in academic quality and social opportunity.

My administrative self knows that such disdain is way too easy. People’s jobs depend on such nonacademic and even disturbing matters. And, handled with self-awareness, institutional self-definition can inform and improve the pedagogical effort and lift the community. Skidmore College’s admissions slogan, “Creative Thought Matters,” for instance, has encouraged departments there to become more creative.

Of course, we need to continue to employ marketing and pricing strategies and otherwise to recruit students by noncorrupt means to pursue an advanced education in the liberal arts. But there can be too much of the nonsubstantial — “human kind cannot bear very much reality,” says the bird in T.S. Eliot’s “Four Quartets,” to which Saul Bellow’s Henderson replies, “How much unreality can it stand?” — and we reached that excess some time ago.

Our admissions pitch is not working, certainly not as a substitute for authentic curricular innovation and campus vitality. But because we find it so difficult to reach a consensus of any kind on improving our central product, namely the learning experience, we end up dividing the institution into two camps: (1) those who teach and complain about how poorly the college does at attracting worthy students; and (2) an administration that tries to attract worthy students by depending too much on sizzle.

As a corrective, we should all agree, nothing can succeed like substance. Let us compete primarily on the basis of excellence and innovation. Substance first, marketing to follow, and then more substance.

Ideally, competition for students can make a department think newly about the strengths and joys of its disciplines and fitting those permanent forms of knowledge and discovery to the interests of a generations (and to enlarging its interests). We promulgate the liberal arts not by considering them a closed club into which fortunate neophytes are initiated, but as critical capacities applied to an ever-changing matrix that gets refreshed by the contributions of each generation. Think women’s studies and programs on the environment or in entrepreneurial creativity. Within a single campus, departments responding to a new interest often move from jousting with one another for students to collaborating in ways that make the entire institution more compelling.

Competing for students, then, is potentially not just healthy but also crucial to the vitality of the intellectual life. The same holds true for entire institutions. How can each college or university make the most of what truly distinguishes it, so that certain kinds of students can find the campus that fits their particular mix of intellectual interests and preferred vibe?

The three C’s of curriculum, campus, and collaboration, powered by a fourth, creativity, will win the day when panicky mailings and a questionable use of financial-aid money fail. (And yes, that consonance is a mnemonic device and may even partake of marketing — for the greater good, I hope.)

Start with curriculum, first among equals. How to capitalize on a student’s interests to engage a mind is a challenge that should have as many responses as institutions. Ursinus College started a “big ideas” set of first-year courses several years ago, attentive to the observation of Robert Connor, then head of the Teagle Foundation, that falling between the confines of disciplines were those life questions that occupy us always but especially, perhaps, at age 18. Elon College created first-year seminars in which students voted on a particular social challenge and developed knowledge and actions throughout the four years of their education. Colorado College’s one-at-a-time course schedule is justly famous, as is the core curriculum at Columbia University and the Great Books curriculum at St. Johns College, in Maryland. But however much we number distinctive examples, multiples of untried possibilities remain ripe for the imagining.

As for campus life, we’ve come in the past few years to think of it mainly in terms of terrible problems — student drinking and drug abuse, shootings, sexual assaults. While those are serious problems, we need to remember that campuses are also extraordinary villages that we love to live in because an extraordinary amount of good — learning and friendships, activities and community — happens there. The amazing, hate-defying shared holidays of Muslim and Jewish student groups at Drew are my favorite memories of the place, next to just seeing different students bonding in the most normal ways every hour of the day.

Campuses are different from one another, and I tell potential students and their parents that it’s not like choosing an appliance by reading the Consumer Reports rankings. It’s more like falling in love. Young people know if a campus is the right place for them. Competing to make each campus distinctively right for some, perfecting the vibe, is well worth our best efforts.

And as for that third C, collaboration, the troubles of Sweet Briar College warn us against the model of the stand-alone small college. We need one another across academe. An office of linkages, staffed by reducing some other, less-essential administrative functions, can leverage resources and multiply student opportunities.

What keeps us from the fourth C of creativity, which powers the other three?

One factor that I wrote about in these pages a few months ago concerns a failure of clear governance. Academic decisions take too long and result too often in a consensus that pleases no one; and the administration/faculty divide results from exclusive viewpoints and harms the campus atmosphere for all.

An even more basic disaster is simultaneously our greatest virtue: a trained skepticism. When I read any proposal, I find myself first questioning what is wrong with it, and I am surprised to find only a few problems or even to think, “Hey, this is terrific.” As there are always more reasons not to do something than to risk it, we need to learn how to encourage innovation by taming our own negativity.

Jock Elliott, the storied advertising executive, said, “Big ideas are so hard to recognize, so fragile, so easy to kill. Don’t forget that, all of you who don’t have them.” In fact, academics do have more of them than most populations do, but we are also better at killing off one another’s big ideas. We need to develop campus cultures that can say yes.

Speaking of big ideas, when I visited the Ursinus campus to witness its first-year seminars, I could imagine any number of criticisms of the program, and yet none of them mattered, because the faculty and students were so stimulated by engaging in something fresh and uncompromised. It was itself a Big Idea. Along with “Let’s try it,” we in academe need a spirit of “”et ‘er rip.”

We must guarantee that any big idea that proves to be a big bad idea has to have an end date. One of the reasons for the faculty reluctance to innovate is the knowledge of how difficult it has become to pull the plug on anything. Programs once viable and exciting may in time become zombies. Built into every new substantial curricular or campus-life idea must be an assessment strategy that includes a timeline with goals and requirements — even perhaps a worst-case, winding-down scenario. We have to foster a belief in our ability to admit a mistake — a campus culture that can say goodbye as well.

But that should follow from a basic determination. Next time, after the admissions results come in and the class is “made” or the shortfall is mourned, let’s determine to be more ourselves. Let us rely much more on our abilities as professional educators and somewhat less on our abilities as amateur retailers. Let us act on what we know best — our intellectual capacities and our students.