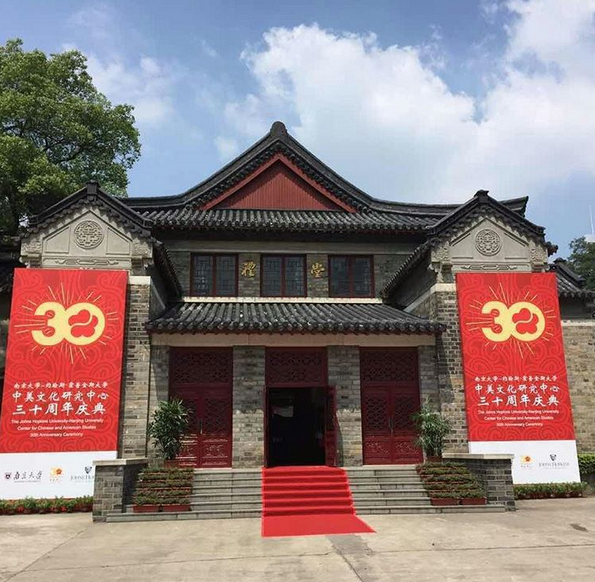 U.S. Government Accountability Office examines American universities’ policies and practices on academic and other freedoms for their educational programs in China.

“University members generally indicated that they experienced academic freedom, but they also indicated that internet censorship and other factors presented constraints,” the 59-page report released Wednesday states. “Administrators said they generally controlled curriculum content, and faculty and students said they could teach or study what they chose. However, fewer than half of the universities GAO reviewed have uncensored internet access.

“At several universities that lacked uncensored internet access, students and faculty told us that, as a result, they sometimes faced challenges teaching, conducting research and completing course work. Administrators, faculty and students also cited examples of self-censorship, where certain sensitive political topics — such as Tiananmen Square or China’s relationship with Taiwan — were avoided in class, and of constraints faced by Chinese students in particular.”

The report further notes that those U.S. institutions approved by the Chinese Ministry of Education as having independent legal status, a category that includes the branch campuses of Duke, Kean and New York Universities, “share characteristics — such as campuses located away from their Chinese university partner’s campus and extensive student life programs — that may be correlated with greater academic freedom and other key freedoms.”

Representative Chris Smith of New Jersey, the Republican chairman of the House Subcommittee on Africa, Global Health, Global Human Rights and International Organizations and a critic of China’s record on human rights and civil liberties, had asked the GAO to review U.S. universities’ agreements to establish satellite campuses in China, saying in a Dec. 2014 statement that he would “like to know if those agreements are public, whether they compromise academic or other freedoms of faculty, students and workers, and whether Chinese teachers are allowed the freedom to worship as they please and teach about Tiananmen, Tibet and Taiwan.” Smith presided over two subcommittee hearings on the subject of Chinese government influence in U.S. universities, in Dec. 2014 and June 2015.

GAO investigators reviewed the Chinese operations of 12 U.S. universities that have developed degree-granting institutions in partnership with Chinese universities. In compiling the report, investigators reviewed university documents — 11 of the 12 shared either all or part of their written agreements with their Chinese partner universities or other written policies — solicited answers to a questionnaire, interviewed administrators, faculty and students, and visited campuses for five of the 12 institutions.

The 12 China campuses collectively enrolled more than 6,500 students in the 2014-15 academic year, with enrollments ranging from fewer than 40 to more than 3,000 students. More than 90 percent of the enrolled students were Chinese, while fewer than 6 percent were U.S. citizens. By contrast the majority of the faculty — about 60 percent — were Americans.

Much of the GAO report focuses on written policies in place to safeguard key values of American higher education including academic freedom and freedoms of expression, assembly and worship. Six of the universities reviewed include language in their agreements or other written policies about protecting academic freedom while another three have language stipulating that the Chinese institution will adhere to U.S. academic standards.

Another university does not have any language in its written agreement pertaining to academic freedom, while the 12th and final institution did not provide any documentation of its policies.

The issue of access to information behind what’s commonly dubbed “the great firewall of China” was another key issue discussed in the report. Just five of the universities reported unrestricted access to the internet, generally through use of a virtual private network, while the remainder did not have full access to uncensored internet.

As for civil liberties more broadly, the report notes that about half of the universities have policies that “address at least one of the freedoms of speech, assembly and religion or worship at their institutions in China,” with one other university including “language that suggests a possible restriction on speech.” The table below, taken from the report, includes examples of such written policies:

The faculty and students who were interviewed — more than 130 of them across seven universities — generally reported that their academic freedom had not been limited and they could “teach or study whatever they chose. For example, several faculty members asserted that neither they nor their colleagues would tolerate any academic restrictions, and one faculty member told us he and his colleagues intentionally introduced class discussions on politically sensitive topics to test whether this would trigger any complaints or attempted censorship.”

Even so, the report identifies self-censorship as a problem. The report notes that it is difficult to determine how frequently cases of self-censorship occur. “Nonetheless,” it states, “administrators, faculty and students representing more than half of the universities we reviewed gave examples of self-censorship, including some cases where individuals were advised by their teachers or others in positions of authority to avoid certain topics. For example, an administrator at one university noted that he believed it was advisable, as a guest of China, to refrain from insulting China, while an administrator at another university noted that the university advises teachers to avoid discussing sensitive subjects in class. Several professors at one university told us that they avoid certain political topics or topics that may make others uncomfortable.”

“Several faculty members told us they had adopted various teaching approaches to circumvent these constraints and encourage greater participation among Chinese students. One professor told of constructing classroom debates in which students were required to argue both sides of a sensitive political issue regardless of their nationality or belief; he believed that this enabled Chinese students to speak more freely about these topics. We found other examples of certain conditions Chinese students face that could constrain their academic experience. For example, one university provides only non-Chinese students access to its main university web portal, which provides uncensored internet access. In addition, according to university administrators, only Chinese students must complete military training and take certain courses, such as on Chinese political thought. A student at one university told us Chinese students had a curfew and internet restrictions while international students did not.”

Smith said in a statement, “U.S. universities in China operate in a difficult academic environment, with the Chinese government, and even President Xi Jinping himself, directing Chinese university leaders to purge teaching and research on ‘Western-inspired liberal ideas.’ We all want U.S. satellite campuses in China to be oases of free inquiry. The Congress asked for this study to identify remaining challenges and then find ways for the U.S. government to help American educational initiatives prosper in China.”

He added, “The pressure faced to make compromises and to self-censor teaching and research projects continue to be significant concerns, some are doing a better job than others, it seems, and the GAO report also details serious restrictions on internet access in many places. There needs to be complete transparency of the agreements made between American universities and the Chinese government, though some are reluctant to do so. Sharing this information widely and publicly will foster standards that can be followed by others — we should not have a two-tiered system where some universities negotiate better deals because of their brand power and others make compromises to get access to a lucrative education market.”