Amid enrollment declines, speakers consider the shape of the English major 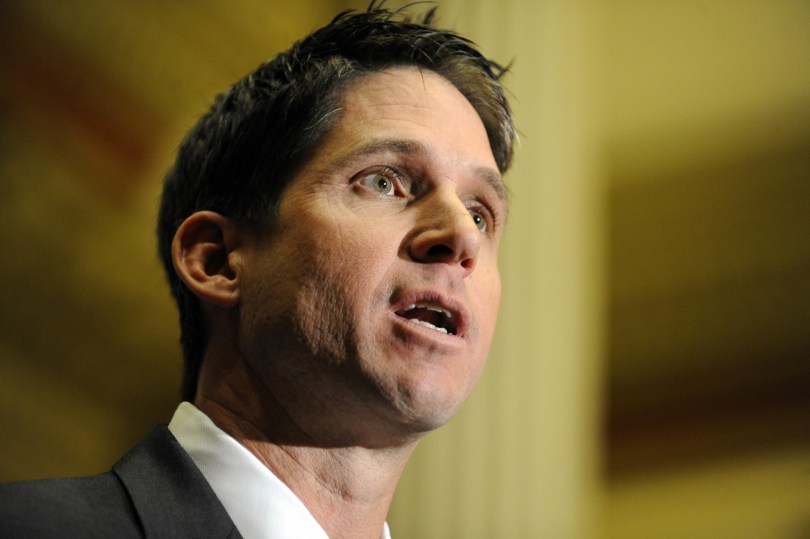 A group of organizers with deep NFL ties plans to launch a new professional football league, with the ambition of giving promising young players an alternative to college football that offers a salary and instruction they feel is lacking in the college game.

Pacific Pro Football aims to begin play in 2018 with four teams based in Southern California. Unlike many other start-up leagues, its talent pool will be limited to athletes who are less than four years removed from high school graduation. The goal is to give young prospects a professional outlet to prepare for the NFL, said Don Yee, the league’s CEO.

The league launches in the midst of a growing debate about amateurism and a college model that rewards student-athletes with scholarships but not salaries. Labor lawyers have challenged the NCAA, and the battle is being waged in several court rooms across the country. Yee has been an outspoken critic of the college model and says his league will treat young athletes as employees, like any other pro sports outfit.

“As I’ve thought about this and studied it for years, I felt that it would be terrific if these emerging football players had a choice in determining how they wanted to get better at their craft,” said Yee, the longtime agent of New England Patriots quarterback Tom Brady.

Organizers hope to eventually expand beyond California. All teams will be owned by the league, and the average player salary will be $50,000, Yee said. The league initially will play a six- to eight-game season that runs through July and August, concluding just before the NFL and college seasons begin.

While NFL officials have expressed an interest in forming a developmental league of their own, Pacific Pro Football has no relationship with the NFL. But the upstart league will be focused on preparing them for the NFL, focusing on technique and systems required at the next level.

“I think this is a unique experience for these young men,” Shanahan said. “Maybe we’re talking about a guy who for some reason didn’t make grades or maybe he was at a position with competition and rather than transfer to another school and sit out a year, he now has this option. Or maybe a guy just wants to spend more time with football than he’s currently allowed.”

Shanahan explained that the new league will serve as a training ground for coaches, officials and executives as well. While college football long has served as the NFL’s de facto feeder system, organizers hope that prospects will gravitate toward an alternative that pays a salary and doesn’t have academic requirements. (Players will be offered tuition and books at a community college, organizers say.)

“It’s never been done before, and I’m not sure why not,” said McCaffrey, who played 13 years in the NFL and is now a radio analyst for the Denver Broncos. “There’s so many players now that can be identified at early ages as having a unique skill set that allows them to be successful football players.”

Troy Vincent, the NFL’s head of football operations, has been outspoken in recent years about the need for a developmental league to better prepare young players and has initiated discussions about the NFL starting one of its own.

Other professional football leagues have been short-lived. The much-hyped XFL, backed by pro wrestling titan Vince McMahon, lasted one season (2001). The Stars Football League also made it just a single year (2011), the Fall Experimental Football League two (2014-15) and the United Football League four (2009-12). While financing has usually been an issue, fans were also indifferent to the product.

“When you talk about all these leagues, they were working with players who were cut from the NFL,” Shanahan said. “Who really wants to watch a league filled with guys who’ve been cut?”

While the new league hopes to eventually attract the most talented high school graduates possible, officials expect to initially rely heavily on junior college players or those with a year or two of college seasoning under their belt. They know long-term viability hinges on the type of athletes it fields.

“I think everything is driven by the players, driven by the talent,” said the league’s chief operating officer, Bradley Edwards, a former executive at both the NFL and ESPN. “Who can we get? Who’s going to play in this league? I think that’s going to be the driver of a lot of this.”

Rosters could be filled with players who don’t academically qualify for four-year schools, who have played a bit of college ball and want a change, who have competed in junior college, or who want to get a jump-start on preparing for the NFL draft.

The collective bargaining agreement between the NFL and the NFL Players Association prohibits any player from entering the draft who is not at least three years removed from high school graduation. Pacific Pro Football wants to provide an outlet for the players in the interim with a focus on the same rules, systems and style as the NFL. The league will rely on coaches with NFL experience but also will help young coaches and officials hone their craft.

The Pacific Pro Football league has completed an initial round of fundraising and is in talks with potential sponsors, as well as venues from Ventura to San Diego counties. Officials say they’ll have some form of broadcast agreement in place, but rather than a traditional television rights deal, organizers say they might utilize a direct-to-consumer approach that might help the league connect with a younger audience.

Yee hopes Pacific Pro Football provides an option for athletes who don’t want to wait to earn a paycheck.

“It was pretty evident to me that in almost every sport, you could see a trend where athletes were starting to specialize at younger and younger ages and almost all of them had access to an earlier professional path,” he said. “The only outlier, frankly, was American football. So in conceiving this idea, it felt like this was the right time to try this venture and to give a lot of developing talent a different option, if that’s what they would like to do.”

Source: New pro football league aims to be a college alternative for players – The Denver Post