Survey of more than 1,100 U.S. colleges looks at state of internationalization efforts 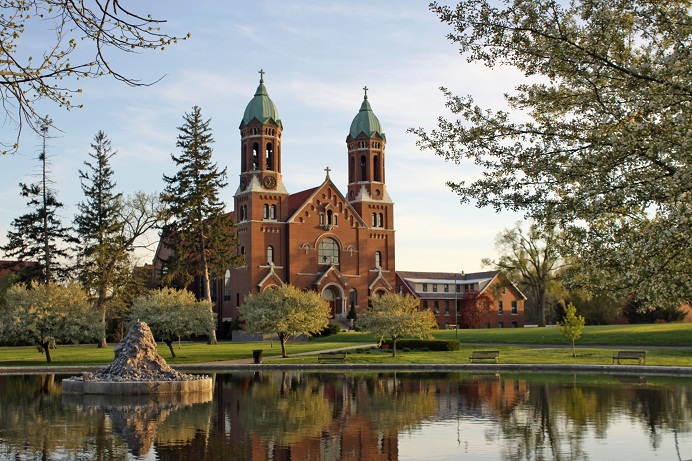 In February, Saint Joseph’s College in Rensselaer, Ind., announced that it would suspend operations in May. Although it had an annual operating deficit between $4 million and $5 million, and was heavily in debt and on probation from its accreditor, many of its faculty members expressed surprise at the announcement that it was closing its doors. They had not given sufficient attention to evidence that their employer was in imminent danger of shutting down.

Many small to midsize colleges or universities in America show the same signs of being on a path toward unrecoverable failure. Here are a few of those signs.

An inability or unwillingness to develop academic programs that provide a competitive advantage. Because of biases toward optimism and inertia, people tend to make the same decisions that they’ve made before, but with the expectation of a different outcome. In higher education, that takes the form of refusing to acknowledge sunk costs and relying on traditional revenue streams regardless of market demand. Academic programs that could strategically position an institution in niche markets are perpetually starved of resources, while faculty lines in areas of the curriculum that attract only a handful of students are always filled.

Ask yourself how distinctive your institution’s academic programs really are. Do prospective students perceive sufficient value added when universities like Arizona State, Southern New Hampshire and Troy are offering complete degree programs online for $350 to $650 per credit hour? What’s the plan for when a majority of your university’s undergraduate applicants have already completed a full set of general education requirements elsewhere?

Even when a college or university significantly alters its educational product line, the economics of the market can render those changes irrelevant. Marian Court College, in Swampscott, Mass., added a select number of bachelor’s degrees to its traditional menu of associate’s degree programs in 2011. As a commuter college without the overhead costs of residence halls and co-curricular activities, it was able to price its annual full-time day student tuition at only $16,500. But four community colleges were located within 15 miles, with in-state resident tuition of approximately $6,000 per year. Salem State University, less than four miles away, offered a wide range of two- and four-year degrees, plus dormitories, intercollegiate athletics and the other aspects of college that come with an undergraduate enrollment of around 7,500 students. Salem State’s tuition was about $10,000 per year. Marian Court College couldn’t compete on price, and nothing else distinguished it from its nearby competitors. It closed in 2015.

A penchant for mistaking information for communication. If students are going to enroll at a college or university, they have to know it exists. Once they know it exists, they look for a clear, consistent, easily accessible message about the outcomes they can achieve if they attend.

Does your institution effectively advertise the accomplishments of recent alumni, the career-applicable experiences of current students and the ways in which faculty members make these outcomes possible? Or are its webpages and social media streams filled with a confusing jumble of updates on cafeteria operating hours, vapid mission statements and tedious academic jargon? Dysfunctional external communications are a self-inflicted wound: the more money that gets spent to annoy more people more quickly, the greater the damage done.

The academics webpage of Saint Joseph’s College lists four reasons “why our education is different.” Though clearly written, the text could just as aptly describe dozens, if not hundreds, of other small colleges and universities across the country. Maybe current or past students did great things at Saint Joseph’s, but its website didn’t communicate that to the market.

A focus on short-term comparisons instead of long-term trends. Faculty members and administrators often gauge current performance against figures from the previous one to three years. That practice leads to shifting baseline syndrome, in which benchmarks wander instead of being fixed against standards from the more distant past. No need to worry if the current year is just a little bit worse than the year before, because next year will be measured against what’s happening now. And a spate of faculty hires or a raise might make it seem like your institution has finally turned the corner, when in reality it’s a brief hiccup in the downward slide.

We knew in 1999 how many 18-year-olds there would be today, just as we know today roughly how many 18-year-olds there will be in 2035. Did your institution adequately plan 15, 10 or even five years ago for the number and type of high school graduates that currently exist? Are decisions about academic operations driven by the market demographics that will be in place 10 or 20 years from now?

To avoid being the complacent frog in the pot of warming water, look at how your employer’s tuition discount rate and its percentage of Pell Grant recipients have changed over time. The higher an independent college or university’s average tuition discount and the greater the proportion of Pell Grant recipients in undergraduate enrollment, the weaker the relationship between its advertised cost of attendance, the size of its enrollment and its financial well-being. Any independent institution with an endowment of less than $100 million and fewer than 2,000 full-time undergraduates that continues to increase its average tuition discount over the long run is heading for financial difficulties, if not ruin.

Plans for transformation in which illiquid and encumbered assets play an essential role. Most small colleges and universities are heavily tuition dependent, with tiny endowments and narrow operating margins. Yet those same colleges too frequently adopt a “build it and they will come” strategy that ends up being a financial time bomb with a short fuse.

In 2010, Burlington College’s president spearheaded a $10 million debt-financed purchase of lakefront property, as part of a plan to build out a new campus large enough for hundreds of additional students. The problem? The plan to pay off the debt by doubling Burlington’s enrollment in only a few years never materialized. Burlington College couldn’t meet its loan payments, and it closed last year.

Also in 2010, Saint Joseph’s received a donation of 7,600 acres of farmland and later tried to sell off its rights to income from the parcel in exchange for $40 million. But it was only offered $15 million — not enough to keep the college operating.

What low-overhead but badly managed academic programs can your institution improve with minimal investment? Are the right people in positions of responsibility, are they provided with the information they need to do their jobs well and are they held accountable for their performance? These organizational problems may seem like inconsequential nuisances, but cumulatively they are disabling. Fixing them will return dividends more reliably than speculating on huge capital investments.

Frequently a college or university will exhibit a combination of these signs for several years in a row. Missed enrollment targets, budget cuts and needless inefficiencies become background noise, ignored by administrators and faculty members. Until one day, when they no longer have jobs.

Higher education is changing, and for much of the professoriate, retirement after a comfortable academic career gets less likely every year. Learn about the true condition of your employer, challenge assumptions and plan for the worst. Forewarned is forearmed.

Source: Signs that an institution is on the path toward unrecoverable failure (essay)