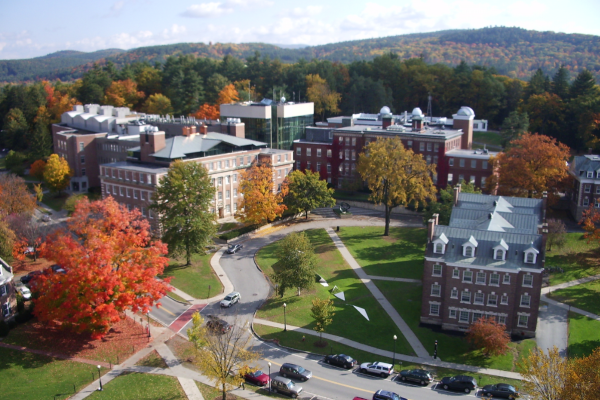 The latest edition of a major tracking study finds that internationalisation efforts are accelerating among US colleges, with a greater emphasis on international student recruitment and revenue generation than in previous years.

Released today, Mapping Internationalization on U.S. Campuses: 2017 is the fourth edition of a comprehensive study carried out every five years by the American Council on Education (ACE). This year’s mapping survey was sent to chief academic officers, provosts, senior international officers, institutional researchers, and presidents of US colleges between February and October 2016. ACE subsequently received 1,164 completed surveys for an overall response rate of just under 40% – meaning the 2017 mapping effort set new records both for total number of responses and also response rate.

“Comprehensive data on the institutionalised practice and policy of internationalisation – which Mapping provides – uncovers the realities of how internationalisation is playing out on campuses and gives a detailed picture of how trends progress over time,” said ACE President Molly Corbett Broad. “Most vitally, I think it helps institutions ask – and answer – ‘Where do we go from here?’”

The top-level finding for 2017 is that US institutions are expanding their internationalisation efforts. As the following chart reflects, nearly 30% of respondents report “very high” or “high” levels of international activity within their respective institutions, as opposed to the 21% who indicated the same during ACE’s last mapping effort in 2011.

Reported overall level of internationalisation among US colleges, 2011 and 2016. Source: ACE

When asked why they were internationalising, US colleges cited “improving student preparedness for a global era” as their main motivator, followed by “diversifying students, faculty, and staff at the home campus” and “becoming more attractive to prospective students at home and overseas”. These responses are consistent with the last mapping survey in 2011, but interestingly “revenue generation” moved up to the number four spot in this year’s survey (whereas it was the sixth-ranked factor in 2011) suggesting, as ACE notes, “an increased (or at least more overt) focus on [revenue] as a goal.”

The survey report adds: “While student mobility has consistently been a focus of internationalisation efforts, the 2016 data indicate an increasingly sharp emphasis on this area relative to other aspects of internationalisation…This is reflected in stated priorities, as well as resource allocations for education abroad and international student recruiting – including a marked increase in the percentage of institutions that engage overseas [education agents].”

Nearly half of respondents (48%) to the 2016 survey said that they had an international recruiting plan in place, with eight in ten of those incorporating hard targets with respect to student numbers. Nearly 60% also included specific geographic targets, with the top three priority markets noted as China, India, and Vietnam.

This year’s survey also highlights a dramatic increase in the use of education agents among US colleges. Echoing findings from other recent studies of agent usage in the US, ACE observes, “A markedly higher percentage of institutions are engaging overseas student recruiters (agents) than in 2011…the percentage of institutions providing funding for recruiting agents more than doubled between 2011 and 2016.”

In 2011, 17% of ACE respondents indicated that they were engaged with education agents. That figure increased to 45% in the 2016 survey.