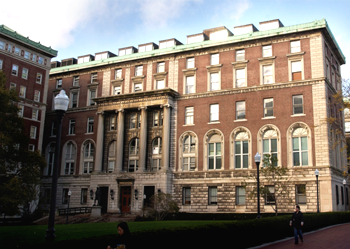 For those with an extra $147,514 lying around, there is a new a master of science in data journalism from Columbia University’s School of Journalism.

For everyone else, dropping just over $106,000 for tuition and fees — plus $41,232 in living expenses, per Columbia’s estimate — for a master’s degree in an unstable, layoff-ravaged industry where the median annual salary is less than $40,000 might seem ludicrous, or at least deserving of mockery.

“The higher ed Institution is crumbling,” journalist Josh Sternberg wrote on Twitter. “A $100,000 master’s of science in data journalism degree?”

The new degree promises to “provide students with practical, hands-on training essential to producing deeply reported data-driven stories in the public interest,” according to a news release from Columbia.

Steve Coll, the dean of Columbia’s graduate journalism program, told Poynter that the new degree’s high price is worth it, saying data literacy is in high demand at news organizations.

“You would be a highly literate candidate to participate in the modern newsroom, where you have technologists working alongside journalists to create new engagement with the audience in the digital age,” Coll said. “So the idea is, you could take these skills and be a world-beating investigative reporter in this era of big data, or you could equally apply your journalism vision to the newsroom of the future.”

For those wishing to catch a break on tuition, Preston Cooper wrote an op-ed for Forbes, in which his math showed that if a student used government-backed loans and only paid the minimum amount on them, they could get away with paying just over half of the amount borrowed. The math assumed that the student would be making $45,000 after graduation, with the salary increasing 5 percent every year, and paying the balance over 20 years. After that period, the loan would be forgiven, leaving taxpayers to foot the remaining $177,857, interest included.

Source: A new journalism degree from Columbia, with a $150K catch