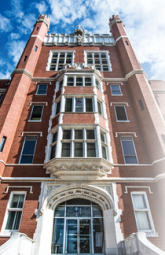 In another sign of the challenges facing small private colleges without substantial financial resources, St. Gregory’s University, in Oklahoma, said Wednesday that it would end operations at the end of the fall semester. The university is a private liberal arts institution about 40 miles from Oklahoma City. It was established in 1875 and is Oklahoma’s only Roman Catholic university.

But in January, The Shawnee News-Star reported that the city of Shawnee had approved a proposal to detach the university from the city. The idea for this move, officials said at the time, was to allow the university to enter into a relationship with the Citizen Potawatomi Nation through which the university had hoped to obtain support from the Agriculture Department.

Comments on the university’s Facebook page suggest that many alumni had no sense that St. Gregory’s was in danger of closing. The president, Michael Scaperlanda, was inaugurated in March.

In a statement, he said, “My heart breaks for the profound disruption in the lives of our wonderful students, staff and faculty” brought about by the end of operations.