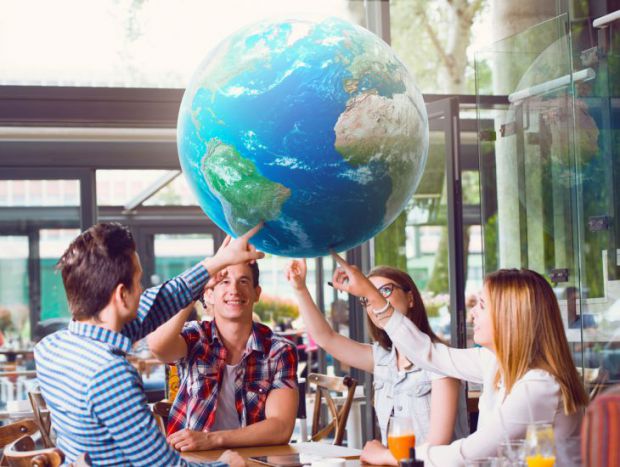 Prospective students looking to study in the most international environments in the world should look to apply to universities in Switzerland, Hong Kong, Singapore, the UK or Australia.

Universities, by their nature, are global institutions. Typically, they are home to communities of students and scholars from all over the world, and they tackle some of the globe’s most pressing problems through research.

These institutions all have a high proportion of international students and staff, collaborate on research with scholars from across the world and have a strong global reputation to match. Read the full methodology here.

Research suggests that diverse communities of students improve the teaching and learning experience while opportunities for students to spend time abroad better prepare them to become global citizens.

Top five most international universities in the world

It is no surprise that Switzerland is home to the most international university in the world, given that it is surrounded by five countries (France, Italy, Germany, Austria, Liechtenstein) and situated in the heart of Europe.

Students at the institution are given numerous opportunities to participate in exchange programmes with other universities in Switzerland and abroad. The university also offers an internship scheme for students enrolled at other internationally acclaimed universities to spend up to three months at one of its campus laboratories.

ETH Zurich is located in Switzerland’s largest city, Zurich, which, although expensive, is known for being safe. The main spoken language is Swiss German but the university also offers courses in English.

The institution has more than 19,000 students from over 120 countries and is the top university in continental Europe.

The university focuses on teaching and research in the STEM subjects and 21 Nobel prizes have been awarded to students and teachers at the institution. One of the most famous alumni is Albert Einstein.

The University of Hong Kong has embarked on a mission to become “Asia’s Global University”, which includes the goal of 50 per cent of its undergraduates being given two opportunities to study outside Hong Kong during their degree by 2019, and for all students to have this opportunity by 2022.

Overall, Hong Kong’s leading university has more than 20,000 students, with almost 8,000 from abroad.

Teaching at the institution is in English and education has an international focus, with the aim of preparing students to become global citizens who could be successful anywhere in the world.

Hong Kong itself is also known as one of the most global cities in the world, acting as a gateway between East and West.

The National University of Singapore is Asia’s number one university.

Students at the institution have opportunities to participate in student exchanges and enrol in double and joint degree programmes with other leading universities in the world.

NUS also has overseas colleges in Beijing, Israel, Lausanne, Munich, New York, Shanghai, Silicon Valley and Stockholm, which enables undergraduates to undertake internships for up to a year in start-ups overseas while taking classes at a partner university.

In addition, the university has collaborations with two leading US institutions, Duke University (the Duke-NUS Medical School) and Yale University (Yale-NUS College).

More than half of Imperial College London’s 15,000 students are international, coming from more than 125 countries.

Many of these overseas students are attracted to the university not only for its world-renowned teaching and research but because of its location in one of the most international and dynamic cities in the world.

Most international universities in the world 2018: top 200

Note: To be eligible a university must have at least 100 reputation votes in total (research and teaching) and at least 50 votes from the local country, or 10 per cent of the local voters.

Source: Most international universities in the world 2018: top 200 | Times Higher Education (THE)