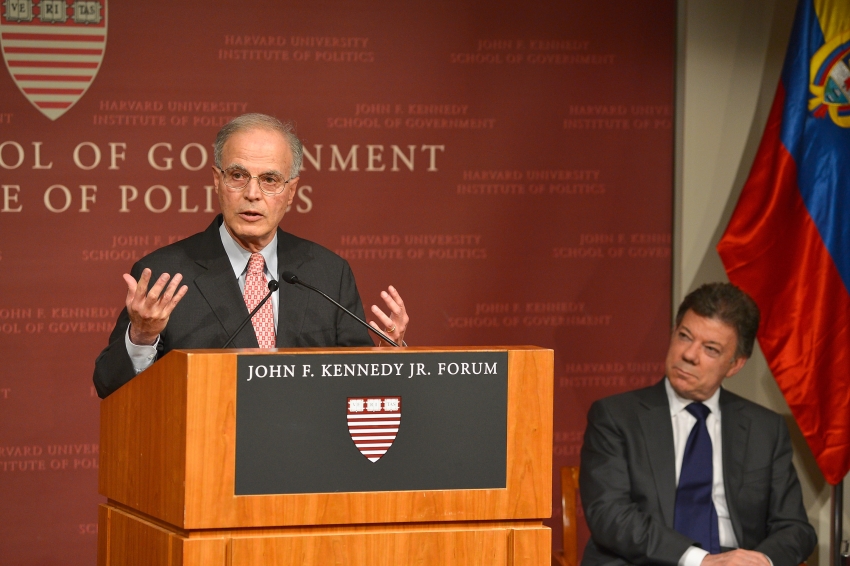 After a yearlong investigation, Harvard University has found a prominent former vice provost and professor of government, Jorge I. Domínguez, responsible for sexual misconduct, and banned him from its campus. The university has also agreed to conduct an external review into how Domínguez’s behavior, which was described last year to The Chronicle by 18 women, could have gone on for so long without the administration’s taking meaningful action.

In an email to the Harvard community on Thursday, Claudine Gay, dean of the Faculty of Arts and Sciences, wrote that Domínguez had “engaged in unwelcome sexual conduct toward several individuals, on multiple occasions over a period spanning nearly four decades.”

The purpose of the external review would be to examine, with Domínguez’s case as a guide, why some women had felt uncomfortable reporting misconduct, as well as whether, when misconduct was reported, Harvard had responded appropriately, according to a letter sent by Lawrence S. Bacow, the university’s president, to the government department. The external review will also look at how promotion decisions can take allegations of misconduct into account.

That decision to conduct the external review follows a government-department report that examined departmental culture in the wake of the allegations. The report, released this month, called for an external review into what was described as “prolonged institutional failure.” It also found that in the last 25 years, only two women had gone up for tenure in the government department, and only one had received it. By contrast, 14 men requested tenure during that time, and 12 received it.

This is the second time Harvard has penalized Domínguez for sexual harassment. In 1983, Terry Karl, another professor in the government department, reported that he had repeatedly made inappropriate comments and tried to kiss and grope her. He was found responsible and temporarily relieved of administrative responsibilities.

When the #MeToo movement gained traction, in late 2017, other women reached out to Karl, telling her they had also been touched inappropriately by Domínguez. After their accounts were published in The Chronicle, Harvard placed Domínguez on administrative leave. He announced he would retire soon after, and Harvard began its investigation.

Gay wrote that the investigation had revealed “a longstanding pattern of behavior that, at several points, violated policies designed to ensure a safe and nondiscriminatory educational and work environment.” She said she was “appalled by the report’s findings and heartbroken for those who had to endure the behaviors described.”

She also wrote that Domínguez’s emeritus status would be revoked and that he would be disinvited from Harvard’s campus and all Harvard events. “Following our policies and procedures,” she said, “has resulted in a set of sanctions that, in effect, removes Jorge Domínguez from our community.”

For women who came forward with their stories about Domínguez, Gay’s email was a hopeful sign. They see the investigation’s findings as evidence of institutional failures that need to be examined closely during the external review and should lead to significant change.

Suzanna Challen, who earned her Ph.D. in 2011 from the government department and is one of the women who spoke to The Chronicle, said that Harvard’s decision had sent a public signal that there are consequences for the behavior that she and others reported.

“Even powerful faculty, even faculty who have served as provosts and at other levels, are not above being sanctioned when violations are found,” she said.

Challen said she was grateful for the current students at Harvard who had put pressure on the administration to take action.

“I have been really heartened by the graduate students and the undergraduate students who immediately saw why this story mattered to them,” she said. Rather than consider this as something from the past, “they said, ‘If this was possible, that means it could happen to me.’”

Nienke Grossman agreed. She dropped Domínguez’s class after a meeting in his office during which he grabbed her thigh. “I hope Harvard will continue to reflect on what went wrong,” said Grossman, who graduated in 1999. “I hope that this is the start of a new and thoughtful approach to dealing with this kind of situation and that it extends beyond the Domínguez case.”

Sophie Hill, a third-year graduate student in the government department who has worked with other students to organize protests, said she was grateful that Gay had made the results of the investigation public. She and other graduate students want the external review to eventually be made public as well, and are hopeful that it will not be limited to the government department.

“We’re very encouraged,” she said. “But we’re ready to hold the university to this criteria.”

Terry Karl, who is now an emeritus professor of political science at Stanford, left Harvard rather than continue to work in the same department as Domínguez. She has been waiting a long time for the university to take seriously what happened to her and to other women. “I am glad that this administration has acted better than all previous ones,” Karl said. “The real credit goes to the different moment that we’re living in and the perseverance of the graduate students, the undergraduates, and all the people who are directly affected by sex discrimination and assault.”

But Karl also wants to find out more about the proposed external review, and to see what Harvard does next to deal with an issue that goes beyond one department and one professor. “This is the beginning of addressing the problem,” she said. “But it’s only the beginning.”