U.S. News Names Its Best Global Universities: American Institutions Are At The Top 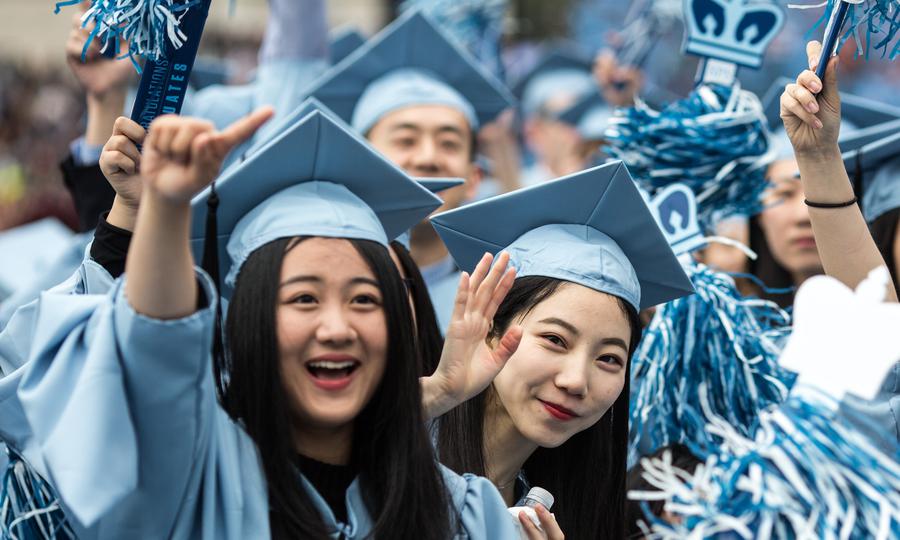 During a seminar with a group of Chinese high school principals organized by Amherst and Williams Colleges in Shanghai this summer, one of the principals raised concerns about whether the United States still welcomes Chinese students to study there. We reassured him that higher education institutions in the U.S. still welcome all international students. The principal, however, did not seem completely convinced, and sadly, we knew where his hesitation came from.

Throughout the two-week trip, we repeatedly heard concerns about studying in the U.S. from parents and students including the difficulties of getting a student visa, frequent gun violence and mass shootings, deportation of Chinese students at the airport, the skyrocketing cost of a U.S. college education, OPT authorization delays, and unclear H-1B reform. The constant anti-immigrant rhetoric from the Trump administration, talk of banning student visas for all Chinese students and suggestions that “almost every [Chinese] student that comes over to this country is a spy‘” don’t resonate well with people on the other side of the globe. The constant stream of negative news has exacerbated the growing worries about the wisdom of the U.S. as a study destination, often making things seem worse than they really are.

In a recent survey designed by the international admission team at Amherst College directed at 54 school-based college counselors in China, 85 percent indicated that the biggest concern of Chinese parents is Trump’s unpredictable policies toward Chinese students; 78 percent pointed to safety; 65 percent to the uncertainty of remaining in the U.S. for a work experience after graduation; and another 65 percent indicated fear of visa denial or deportation after arrival.

As a result, a whopping 87 percent of the counselors said that Chinese students and their parents are now reconsidering plans for study in the U.S. and diversifying their possible college destinations. This is bad news for the U.S. One counselor said, “Our students have planned to go to college in the U.S. for years. However, a significant number of them are now looking at other countries, such as the U.K., Canada and Australia.”

UCAS, the Universities and Colleges Admissions Service, a U.K.-based organization that coordinates the application process for British universities, recently reported a 33 percent increase in Chinese applications with acceptances up by 28 percent since 2018.

One counselor illustrated this trend saying, “I’ve been at international schools in China and Switzerland for almost 10 years, and I’ve never had as many visiting university reps from the U.K. as we’ve had in the last three weeks.”

A few counselors also cited the rising cost of U.S. education as a source of concern. With the ongoing trade war, China’s currency has plunged to the lowest valuation in 11 years. This has made an American college education less affordable. It costs international students only half as much, or less, for a college education in Canada or the U.K.

The reintroduced PSW (Post Study Work) rule in the U.K., canceled in 2012 by then home secretary Theresa May, will now allow international students to stay in the U.K. for two years after graduation to work, starting with the class graduating in 2021. The change in ruling coincided with an announcement of the world’s largest genetics research project aimed at fighting deadly diseases. Prime Minister Boris Johnson announced, “We are bringing together experts from around the globe to work in the U.K. … to help us better treat life-threatening illnesses … Breakthroughs of this kind wouldn’t be possible without being open to the best and the brightest from across the globe to study and work in the U.K.” In an interview with The Pie News, Universities UK international director Vivienne Stern said, “This will put the U.K. back where we ought to be — a first-choice destination for international students.” When asked whether the new PSW option in the U.K. would influence Chinese students considering U.S. colleges, 78 percent of the counselors surveyed replied yes.

The U.K.’s openness to international students is in stark contrast to its former colony. In June of 2018, the Trump administration rolled back an Obama-era policy on issuing five-year visas to Chinese students, thereby limiting the length of stay for those in high-tech fields such as robotics, aviation and high-tech manufacturing to one year. This shift in U.S. policy comes while these fields are priorities in Beijing’s Made in China 2025 Plan, intended to make China a manufacturing superpower by the 100th anniversary of China’s founding. As a result, Chinese students already studying these high-tech fields on U.S. campuses have become increasingly wary of traveling to China during their program for fear of not being able to return.

According to a Beijing-based research firm on international education, there were more than 820 international schools in China in 2018, with a total student population of over 480,000. Most if not all of these students will pursue higher education abroad.

When Chinese students opt for an international curriculum in high school, they have essentially forfeited the option of taking the college entrance exam for admission to Chinese universities. With no path to attend colleges at home, they have bet on admission to a college abroad.

The U.S. has taken notice. Caroline Casagrande, deputy assistant secretary for academic programs in the U.S. Department of State’s Bureau of Education and Cultural Affairs, posted a video to the U.S. Embassy’s official WeChat account. In it, she affirmed that “The vast majority of student visas are granted. In fact, every year, for the last five years, the number of student visa rejections have gone down in China. I am here … to make sure we continue to have the best and brightest Chinese students in our American classrooms.” The video garnered over 48,000 views during the first two weeks after its publication.

It is not all gloom and doom.

In our survey, 70 percent of counselors shared that if their students were admitted to comparable colleges in the U.S. and other countries, most would still choose the U.S. One counselor added that this is particularly so when students apply to highly selective colleges.

When asked what the most attractive characteristics of U.S. higher education are, counselors listed the melting pot nature of the society and the diversity of the student body; rich academic and research resources; flexibility of choosing and changing majors; the liberal arts education; academic freedom; high-quality education with world-class professors as well as a competitive edge in the job market and strong networking opportunities. These qualities have always been what make U.S. higher education desirable.