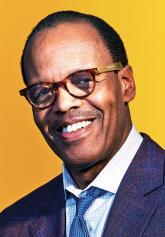 Emerson College announced Wednesday that Marlboro College will move its academic programs to Emerson, effective the fall of 2020. Marlboro students will be admitted to Emerson, and its tenured and tenure-track faculty members may choose to teach at Emerson.

Marlboro employees who are not tenured or tenure-track faculty will not be employed by Emerson.

Marlboro will gift to Emerson its endowment, currently valued at more than $30 million, and its real estate holdings, appraised at more than $10 million. Marlboro’s gift to Emerson will endow Emerson’s liberal arts and interdisciplinary studies program, where Marlboro students will be enrolled and Marlboro faculty will teach. Marlboro will close its campus at the end of the 2019-20 academic year.

Emerson has 3,800 undergraduates and 633 graduate students. Marlboro has about 150 students.

For Emerson, an Alternative to Mergers

Lee Pelton, the president of Emerson, has been skeptical of colleges that merge without thinking through the cultural issues. “The best mergers are not just financial, but cultural,” he said.

“Many colleges and universities believe that they are better than they are,” Pelton said. “And they pursue mergers that do great harm to their faculties and students.”

He was also quick to say that this would not be a merger. After next fall, he said, “Marlboro will not exist.”

While Marlboro will not continue as a free-standing college, it made a “courageous” decision to close and to get all of its faculty members jobs at a college with a shared educational vision, Pelton said.

Marlboro was founded in 1946, and it was built on the idea that students could craft their own educations. The Marlboro students will (largely) be able to do so at Emerson, although some may choose to enroll in other Emerson programs.

A letter to the Marlboro campus from Kevin F. F. Quigley, the president, and Richard H. Saudek, chairman of the board, said, “The decision to partner with Emerson and move to their campus was not easy for anyone, and it comes after years of seeking ways for Marlboro to remain independent on Potash Hill. The challenges facing small liberal arts colleges are acute and will only intensify in the coming years. Unfortunately, Marlboro’s ongoing budget deficits are only a preview of the difficulties ahead, as the number of students in the region declines precipitously over the next decade.”

Marlboro in September announced that it was suspending talks to merge with the University of Bridgeport.

In an interview, Quigley declined to discuss the reasons, but he said after that decision Marlboro reached out to a number of colleges, and the only one that would employ all of its faculty was Emerson.

He also said he thought the expressions of Emerson’s commitment to Marlboro’s educational philosophy were sincere. He said that maintaining the Marlboro name (on the Emerson institute), the shared pedagogical vision and the faculty jobs were the most important factors in the decision — more important even than preserving the campus.

In 2019, 10 colleges have closed, most of them small, four of them in Vermont. The colleges that announced plans to close or closed (in addition to Marlboro) are: Cincinnati Christian University, the College of New Rochelle, the College of St. Joseph (Vermont), Green Mountain College, Hiwassee College, Marygrove College, Oregon College of Art and Craft, Southern Vermont College and the St. Joseph School of Nursing, in Rhode Island.

In recent years, Quigley said, the college has revamped its admissions and marketing strategies, “but none of it was enough.”

He said it was too soon to tell how many faculty would take jobs at Emerson. He said he expected most would. “Tenured jobs in the humanities are hard to get,” he said.

Still, it would be a completely different life. Boston is a two-and-a-half-hour drive from campus. Plus, he just told them the news.

“They are grieving,” he said.