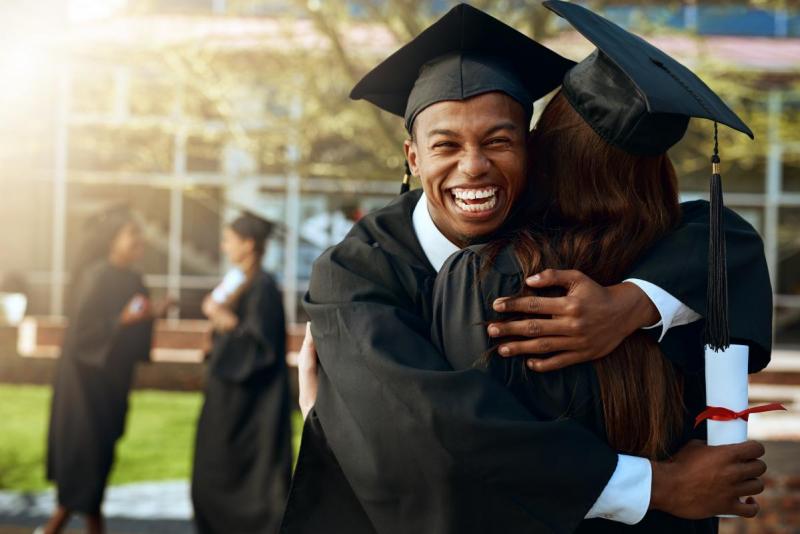 It might take a while. But in the long run, an education at a liberal arts college, particularly at one of the most selective ones and those with large numbers of science, technology, engineering and math majors, pays off more than an education at other colleges, finds a study released today by the Georgetown University Center on Education and the Workforce.

In the short term, the return for liberal arts institutions “starts out rather low,” the study found, because it takes time for students at four-year colleges to graduate and begin earning money.

After 10 years, the return on investment at liberal arts colleges was $62,000, about 40 percent less than the $107,000 median ROI for attending all colleges, found the study, which used data made available on the U.S. Department of Education’s College Scorecard to calculate the net present value of degrees and credentials from different colleges over short and long time frames.

Source: Georgetown University Center on Education and the Workforce analysis of data from the U.S. Department of Education College Scorecard, 2019.

Today’s report follows up on another study by the center in November that examined the return on investment at 4,500 public, private nonprofit and private for-profit colleges awarding bachelor’s degrees, associate degrees and certificates. The new study differs in that it focused on how 210 liberal arts institutions compare with other types of colleges. It has a similar foundation as the earlier study in that it measures ROI using net present value, which discounts future projected cash flows to adjust for the fact that people generally value things they currently possess more than things they might gain in the future by taking a risk.

Particularly surprising in the new study was how well liberal arts colleges compared to other institutions, said Anthony Carnevale, a research professor at Georgetown and director of the Center on Education and the Workforce. The study found that liberal arts colleges were the third most lucrative among 14 types of colleges, as defined by the Carnegie Classification system. They trailed only doctoral universities with the highest and second-highest amounts of research activity — including well-known ones like the California Institute of Technology, Duke University and Harvard University, many public flagship universities, and institutions with strong pre-professional programs like Chapman, Hampton and Villanova Universities.

At the most selective liberal arts institutions — like Carleton College, Kenyon College, the University of Richmond, Wesleyan University and Williams College — the gain was about the same, $1.13 million for students after 40 years.

The finding was seen as an affirmation for liberal arts colleges at a time when more students are turning to specialized training in fields like computer and information services. It comes also at a time of political rhetoric questioning and at times mocking the value of higher education and the liberal arts.

“Given these challenges, it is worth asking: How do students who attend the 210 or so liberal arts colleges in the United States actually fare financially once they enter the labor force?” the study said. “It turns out that they fare quite well.”

The most selective colleges tend to have large numbers of students from affluent families. And the study found significant caveats that point to inequities in education, experts said.

Colleges with smaller numbers of students receiving Pell Grants also tend to have higher ROI. An example is Harvey Mudd College, a private residential undergraduate science and engineering college in Claremont, Calif. Only 13 percent of students there receive Pell Grants, and the college had a long-term ROI of $1.85 million.

But at Talladega College, a private historically black college in Talladega, Ala., where 93 percent of students receive Pell Grants, the ROI after 40 years was only $432,000.

However, the study also noted variations even among institutions with similar percentages of low-income students. About 8.7 percent of students at Washington and Lee University in Lexington, Va., receive Pell Grants. The university had an ROI of $1.58 million after 40 years. Oberlin College had about the same percentage of students receiving Pell Grants, 8.8 percent. But its 40-year ROI was only $763,000.

“The value of the report is that it shows the persistent economic challenges for the students who have been underserved,” said Lynn Pasquerella, president of the Association of American Colleges and Universities. “The disparity for the institutions with high numbers of Pell students is a cause for concern.”

Richard Ekman, president of the Council of Independent Colleges, praised the study for looking at the long-term picture.

“We applaud this study for its focus on lifetime ROI, rather than immediate post-graduation earnings. This study also emphasizes the importance of graduation rates, which we know have career-long implications,” he said in a statement.

”The strong graduation rates and ROI outcomes of private liberal arts colleges, documented in this study, make it clear that states’ plans to increase educational attainment should include independent higher education,” Ekman said.

The study also found that colleges with a high percentage of students majoring in STEM fields tend to have a higher gain than others because they tend to lead to higher-paying jobs.

Those in the top third of colleges in terms of the percentage of students with STEM majors have a return at the 40-year mark of $992,000, the study found. That was $179,000 more than institutions in the bottom third of having STEM majors.

But not all STEM fields pay the same. The median earnings for engineering majors, for example, are higher than for those who major in biology and natural resource sciences. That leads to differences between some institutions.

Engineering, for instance, is the most popular major at Lafayette College, a private liberal arts college based in Easton, Pa., where more than 40 percent of students major in STEM fields. The college has an ROI after 40 years of $1.4 million.

Ursinus College, a private liberal arts college in Collegeville, Pa., that is more focused on natural resources and biology, offers no engineering major. While 42 percent of its students major in a STEM field, its long-term ROI was slightly less — $1.1 million.

Geography also makes a difference, because students tend to find jobs close to their institutions, according to the study. Colleges in higher-paying regions in the New England and Mid-Atlantic states have higher median ROIs than those in the lower-paying Southeast and Southwest.

While the ROI was $1.08 million and $1.03 million in New England and the Mid-Atlantic respectively, it was only $781,000 in the Southeast and $708,000 in the Southwest. Carnevale noted the comparison doesn’t take into account the differences in cost of living.