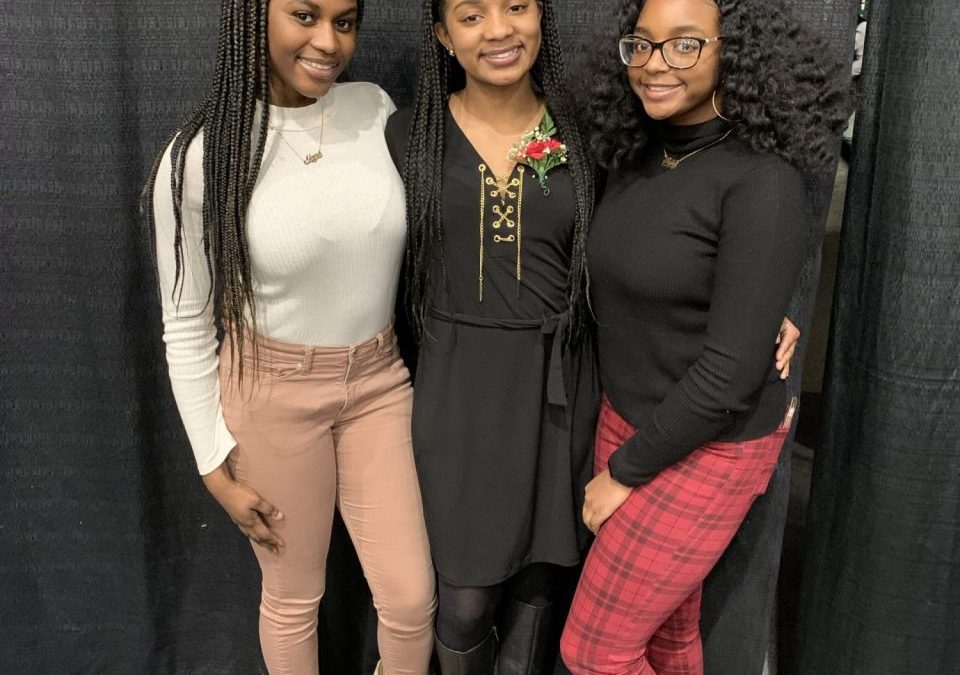 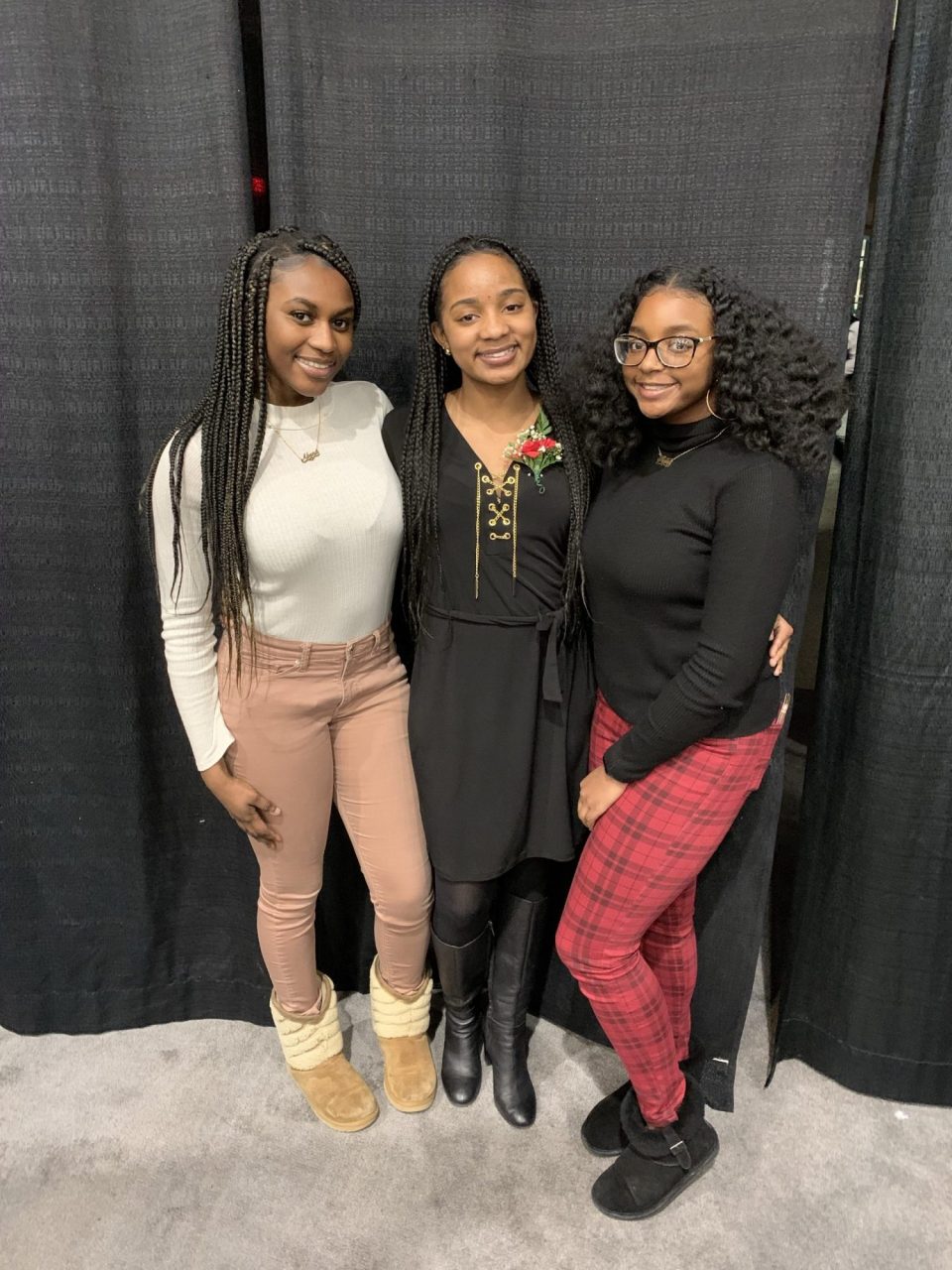 No wonder 17-year-old Catherine Asiedu clings to the idyllic vision she had about going off to college, even though she knows it may never happen.

“I always thought it would be like a movie, one of those cliché movies where everything looks perfect,” said Asiedu, who had long planned to study nursing after she graduates from Buffalo Seminary, an independent school in upstate New York. “I’d get a roommate, go to parties and classes and have fun. But with this whole pandemic, I don’t know what’s going to happen.”

And no wonder Maddie Drake, 17, lies awake at night in rural Kentucky, pondering her college decision. She’s valedictorian of her high school and has been offered a generous financial aid package at Mount Holyoke in Massachusetts, where estimated annual costs top $72,000. But she’s worried about going into debt and about additional out-of-pocket expenses, including travel to the campus she has never seen. She’s considering a much cheaper option closer to home: The University of Louisville, where total in-state costs are just over $20,000.

With many colleges asking for a commitment by May 1 – although some have extended the deadline until June 1 – high school seniors who had planned to go away to college face one of the most difficult decisions of their lives, especially since they don’t know if campuses will open in the fall. They are already tired of staring at screens and don’t want to put down deposits for online learning that may last indefinitely. They are also realistic about the fact that going away will cost more than choices closer to home. Some I spoke with are rethinking the traditional four-year college route altogether, already a path that less than half of high school graduates opt for.

What is Coronavirus doing to our schools?

We’ve got the latest and deepest takes.

Related: Will this semester forever alter college? No, but some virtual tools will stick around

Falling endowments, demographic changes and rampant job losses portend a scary time for traditional models of higher education – and a reckoning may come sooner rather than later. “It wouldn’t surprise me at all if 10 percent fewer students enrolled in residential colleges and collectively schools’ revenue was down 20 percent,” said Michael Horn, who studies higher education. “For many schools, this could be catastrophic. If students don’t show up, that will mean a significant loss of revenue on top of already troubled budgets, which could cause a great number of colleges to close.’’

“I’ve saved a lot and I really want to go, but some of my classes just can’t go online. I really don’t know what’s going to happen. I don’t know what to do next. Do I buy stuff for college or just keep working?”

Jenna LaRue was set to start a full-time nursing program at Maranatha Baptist University in Wisconsin this fall, but isn’t sure if campus will be open. She’d already put off leaving home after graduating from high school in Kansas City last year and has been taking online classes while working at a nearby Walmart.

Get important education news and analysis delivered straight to your inbox

“I’ve saved a lot and I really want to go, but some of my [training] classes just can’t go online,” LaRue said. “I really don’t know what’s going to happen. I don’t know what to do next. Do I buy stuff for college or just keep working?”

Recent surveys reveal a major rethinking of college plans among recent high school graduates. In late March, one in six high-school seniors who expected to attend a four-year college said they would likely choose a different path due to coronavirus concerns, according to a poll from the research firm Art & Science Group. Some 44 percent of high school juniors and seniors said the virus has caused them to change their plans in order to pay for college, while 58 percent said they are now more likely to take out a student loan, an April poll via Wakefield Research found. Another survey found that parents are not only skeptical of online-only education, they are unsure if they want their children to enroll if campuses can’t reopen.

Maria Flynn, president of the nonprofit Jobs for the Future, hopes higher education will use this uncertain time to think boldly about new ways to deliver education. “This must go beyond Zoom classes,” said Flynn, who wants to see “innovative financing models that focus on return on investment and strong navigational systems that help students and parents make informed decisions about pathways beyond high school.”

Asideu, meanwhile, is weighing several choices, including staying at home and attending college nearby at the University of Buffalo to save money. But she really wants to go away, and is weighing all her options while trying to evaluate different financial scenarios. “I just don’t know what’s going to happen next,” she said.

Back in Kentucky, Drake dreams about coming to the Northeast and attending Mount Holyoke, which looks lush and beautiful in the photos and videos she’s seen on virtual tours; she hasn’t visited. But the school hasn’t yet announced whether it will reopen this fall, which makes Drake’s decision particularly fraught, especially because if she does enroll she’ll need a work-study job on campus. She’s having a hard time concentrating on anything except weighing the pros and cons.

Some 44 percent of high school juniors and seniors say the virus had caused them to change their plans in order to pay for college, while 58 percent say that they are now more likely to take out a student loan.

“I think about it all day, every day, while I’m doing my school work and while I’m at my job,” said Drake, who works as a carhop at a Sonic Drive-In. “For me, it was all about going away, and going to a prestigious school with a really good reputation. But if college is online, and I’m still at home, I might as well go to a state school. It’s still a lot of money for my family. Their incomes have changed a lot.”

Related: Anybody got a job? These college seniors sure are going to need one

Drake will make up her mind this week, but others in similar situations have already made painful choices. One of them is 18-year-old Olivia Weinstock of Huntington Beach, California, who told me she hasn’t stopped crying since she turned down her top choices –– Chapman University in California and Arizona State University – because they were too expensive. She had hoped to study journalism.

“It’s honestly extremely heartbreaking,” Weinstock said in a video she submitted as part of a new campaign sponsored by Get Schooled, a free digital college and job adviser, and “Personal Statement,” a film The Hechinger Report has been partnering with to bring attention to the lack of guidance counselors nationally. Thousands of students are posting their stories in the hopes of winning a $1,000 scholarship; the campaign includes a free copy of the film, along with an accompanying curriculum and hashtag.

I spoke with Weinstock after listening to her video, and she told me she’s going to attend California State University, Long Beach and commute from home (or take online classes if campus doesn’t open). She says she appealed to Chapman for additional aid but was turned down.

“Going away to college was something I looked forward to my whole life,” Weinstock said. “It’s very, very tough for me. I’ve lost out on my senior year, I’m not going to my dream college and my dad’s job is on the line. Everything has changed.”

Related: Can a college completion crisis be solved by students sharing their struggles?

When it all shakes out, Horn, co-author of the book “Choosing College,” believes many high school seniors will take time off and gap years if campuses can’t open, or search for more affordable online options in the meantime. “The residential college experience is so much more than the classes,” he said. Flynn of Jobs for the Future agrees, but also expects that more students will look “at non-traditional training options with a more direct connection to the labor market.”

“I definitely do not want to be sitting in my bedroom, doing school.”

Sophie Fogel, 17, is already planning on a gap year if her classes are online. “College is so expensive, but you are also paying for the experience,” said Fogel, who had planned on attending the University of Pittsburgh. “I definitely do not want to be sitting in my bedroom doing school.”