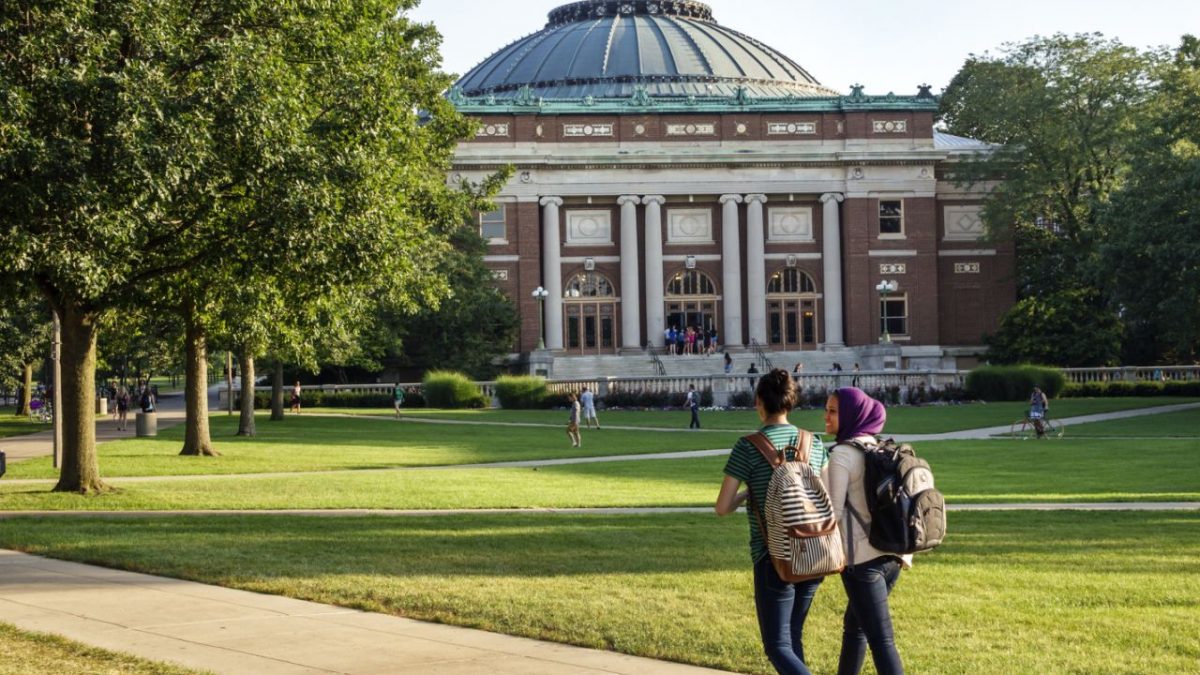 U.S. universities are reeling from the chaos resulting from the coronavirus pandemic, and one dean’s far-sighted business move might help save his school a lot of money.

In 2017, the Gies College of Business and the Grainger College of Engineering jointly took out a three-year contract with Lloyd’s of London to insure against a large drop in revenue from Chinese students resulting from specific events such as a trade war, a global pandemic, and visa restrictions.

The business school’s dean, Jeff Brown, created the policy with two other university professors, Tim Johnson and Morton Lane. Brown declined to discuss details of the policy when reached by
Yahoo Finance.

“The coverage placed was innovative and required us to design the product as nothing like it had been done before,” Andrew Martin, a broker at Besso, who syndicated the deal through Lloyd’s, told Yahoo Finance. “The foresight of Dean Jeff Brown and the structuring skills of Dr. Morton Lane was a fortuitous combination that resulted in what may prove to be a valuable hedge for the University of Illinois.”

‘The status of future international students is unclear’

The stipulated events have largely occurred: The Trump administration continues to tighten U.S. immigration policy, a global pandemic is underway, and a trade war has been going on since 2018.

Visa restrictions, in particular, “will have an unprecedented impact on both current international college students in the US and also incoming college students this fall,” Command Education CEO Christopher Rim told Yahoo Finance.

“The status of future international students is unclear, as non-critical visa appointments have been suspended since late March,” Rim added. “This will completely change the landscape of the student body on college campus over the next one to two years.”

International students make up 5.5% of the total student population in the U.S., according to a report by the Institute of International Education. Chinese students form the majority of students, followed by Indian, South Korean, and Saudi Arabian students.

The higher education industry has been in flux even before the coronavirus pandemic, due factors such as reduction in state funding and enrollment declines. And according to one analysis by the Center for Tax and Budget Accountability, Illinois’ public universities have taken a 48% cut in funding since 2000.

And in 2019, the Gies business school shut down its residential MBA programs and pivoted online, responding to weaker demand.

“If you were able to get every dean in the U.S. under a lie detector, outside of maybe the top 20 M.B.A. programs, every one of them would admit they were struggling to maintain enrollment and losing money on the program,” Brown told the Wall Street Journal in 2019.

Source: The University of Illinois made a prophetic insurance bet in 2017