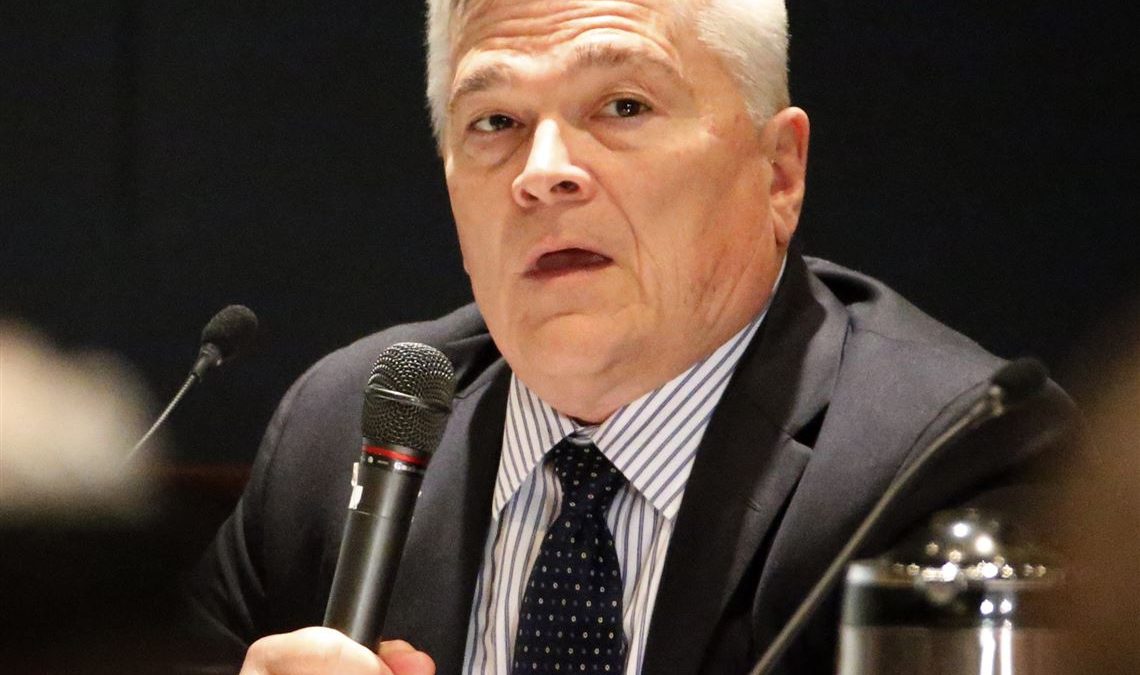 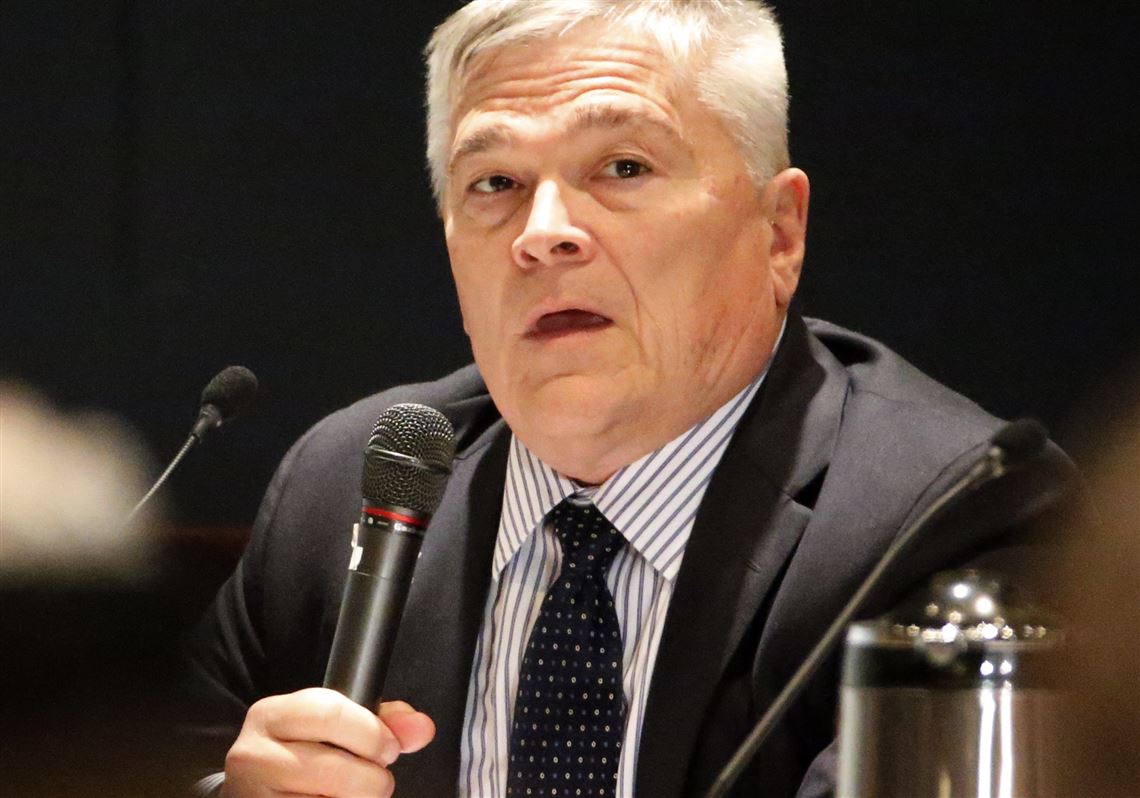 Citing “hundreds of millions of dollars” in losses, Penn State University will cut program budgets, furlough 2,000 employees at half pay, and president Eric Barron will return 10% of his monthly salary amid what he called “unprecedented” times.

Further furloughs and layoffs are possibilities in the new fiscal year, he said, as Penn State faces $160 million in lost tuition revenue from likely enrollment declines, on top of more than $100 million in room and board refunds and other costs since March associated with the COVID-19 pandemic.

Neither Mr. Barron’s video remarks nor a university statement specified the number of employees to be furloughed. However, Penn State spokesman Lisa Powers on Monday put the number at approximately 2,000 and said they are mainly in auxiliary and plant operations. 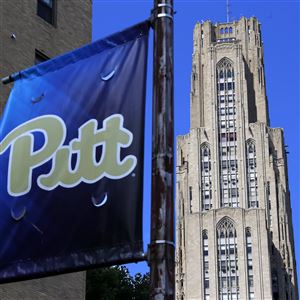 The moves come as university leaders express growing worry about a crisis that has hit virtually all campus revenue streams, from tuition and fees to lost event revenue and hits taken by campus endowments as the stock market has swung sharply.

On Friday, University of Pittsburgh Chancellor Patrick Gallagher said he planned to donate 20% of his salary to assist his university through the crisis — an  amount approaching $134,000 — and that his senior vice chancellors planned to return 10% of their pay.

At Penn State, Mr. Barron thanked employees for their resilience and cited the university’s traditional strength in weathering crises. But he also suggested the situation is fluid.

“These challenges are compounded by uncertainties we face in predicting a return to normal,” Mr. Barron said.

He said moves being implemented are based on administration deliberation in conjunction with the board of trustees.

“We have a number of employees who, through no fault of their own, do not have work they can perform from home. We have endeavored to maintain our payroll despite the closure of many of our operations,” he said.

Nevertheless, he added, “We have few options.” 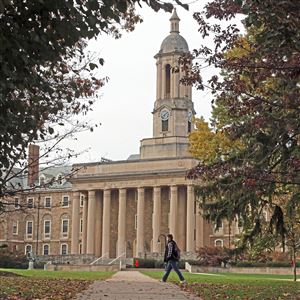 He said Penn State will direct about $27.5 million in federal stimulus money intended for institutional support toward keeping nonworking employees on the payroll but at reduced salary beginning on May 4 through June 30. That is separate, he added, from another $27.5 million in stimulus aid that will be directed to emergency grants for students whose studies were impacted by COVID-19.

“Based on conversations with the state, we believe that most of these employees will be eligible for unemployment and stimulus support, which should reduce the impact of the salary reductions,” Mr. Barron said.

From now through at least the end of the fiscal year on June 30, “we do not plan on further furloughs or layoffs,” Ms. Powers said.

Mr. Barron said he understands the announcement likely will add to stress among university workers. “I know this is upsetting and unsettling news for many,” he said.

All heads of units have been asked to identify 3% of budget expenses for reduction. “These cuts will not be easy to implement and [may] result in some job losses.”

Mr. Barron noted that already, more than 1 million Pennsylvanians have lost jobs due to the global crisis and need to stay home to curb the spread of the virus. As of Monday, there are nearly 3 million cases worldwide, about a third of them in the U.S., where the death toll now stands at nearly 55,000, according to an interactive map from Johns Hopkins University.

“This is a very serious financial crisis for the entire country. Our state and national economies have been crippled by the need to enact stay-at-home directives and social distancing,” he said. “No enterprise is immune to these effects, including Penn State.”

Said Mr. Barron, “We hope, of course, to return to more normal on-campus operations by the fall, but no one can fully predict what will happen with the pandemic.”

Penn State enrolls 96,000 students on its main University Park campus and branches across the commonwealth, including those in Western Pennsylvania.

At Pitt, Mr. Gallagher said earlier this month that the university had established a task force to contemplate various options for fall instruction should strict social distancing guidelines remain in place past summer. Noting that a return to normal was not likely, he said he prefers to have hybrid options rather than an all-or-nothing choice between instruction as normal and remote-only classes.

In March, system officials said room and board refunds to students sent home early this semester were projected to leave the 14 universities, already in the midst of a costly redesign, with a $100 million deficit this academic year.

Asked on Monday about developments at Penn State and Pitt, State System spokesman David Pidgeon released the following: “The focus is on continuing long-term cost-saving plans because our mission is to ensure public higher education remains affordable to Pennsylvania students, now and after the pandemic.”

Mr. Barron last week said he would recommend a tuition freeze at Penn State for the upcoming year, Mr. Gallagher said it would be hard to envision an increase at Pitt either, and on Monday, Temple University made a similar move, announcing plans to freeze undergraduate and graduate tuition for the 2020-21 academic year. It would cover both in-state and out-of-state students.

It will require approval of Temple’s Board of Trustees. The board meets May 12.

“With the economy in its current state, we could not in good conscience propose an increase in Temple’s tuition,” said president Richard Englert.