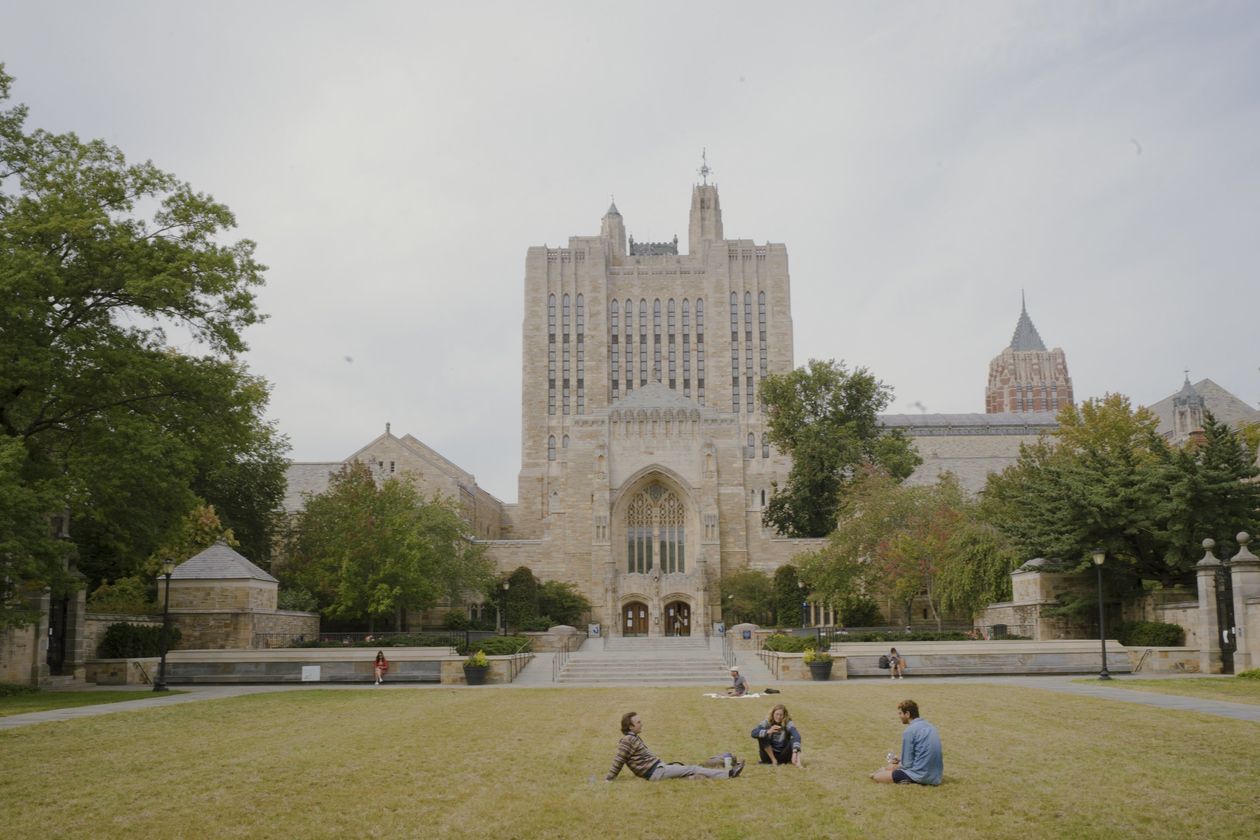 In the complaint, filed in federal district court in Connecticut, the Justice Department alleged that for the past few decades Yale’s “oversized, standardless, intentional use of race has subjected domestic, non-transfer applicants to Yale College to discrimination on the ground of race.”

The lawsuit marks an escalation of the Trump administration’s scrutiny of elite colleges over their policies on race and admissions. The Justice Department has also supported legal efforts to end affirmative action at Harvard University, and the Education Department last month said it would investigate racism at Princeton University.

Yale said the Justice Department’s claims were “based on inaccurate statistics and unfounded conclusions.”

“Yale does not discriminate against applicants of any race or ethnicity,” President Peter Salovey wrote in an email to students, faculty and staff. “Our admissions practices are completely fair and lawful. Yale’s admissions policies will not change as a result of the filing of this baseless lawsuit. We look forward to defending these policies in court.”

The Justice Department’s Civil Rights Division said in 2017 that it would redirect resources toward probing and suing universities over their affirmative-action policies, part of a broader rightward shift the division has taken under President Trump. The division has made other sweeping changes to policy on civil-rights enforcement, police reform and other areas.

“All persons who apply for admission to colleges and universities should expect and know that they will be judged by their character, talents, and achievements and not the color of their skin,” said Eric Dreiband, assistant attorney general for the Civil Rights Division. “To do otherwise is to permit our institutions to foster stereotypes, bitterness, and division.”

The Justice Department began investigating Yale in 2018, based on a 2016 complaint filed with the Justice and Education Departments by a group of Asian-American organizations, led by the Asian American Coalition for Education.

The federal government threatened the suit back in August, when it issued the findings of a two-year review of Yale’s undergraduate admissions practices. At the time, the Justice Department said Yale discriminated based on race and national origin, and that race was the “determinative factor” in hundreds of admissions decisions each year.

It said then that Yale couldn’t use race or national origin in the current undergraduate admissions cycle. If the school did propose to consider those factors in future admissions cycles, it must first submit a plan “demonstrating that its proposal is narrowly tailored as required by law,” the Justice Department wrote to Yale’s lawyers. The proposal would also need to include a date by which Yale would end its use of race as a factor in admissions, the letter said.

Yale had two weeks to comply, the Justice Department said, or it would be prepared to file suit.

At the time, Yale President Peter Salovey called the Justice Department’s allegation baseless and said the school had fully cooperated with the investigation. “However,” he wrote in a letter to the school community in August, “the DOJ concluded its investigation before reviewing and receiving all the information it has requested.”

Dr. Salovey said that Yale wouldn’t change its admissions processes in response to the Justice Department’s request “because the DOJ is seeking to impose a standard that is inconsistent with existing law.”

Thursday’s complaint alleges that Yale engages in racial balancing, similar to following quotas. It says the school keeps the annual percentage of African-American admitted applicants to within one percentage point of the previous year’s class, and that it conducts similar balancing for Asian-American applicants.

For the great majority of applicants, the Justice Department said, Asian-American and white applicants have one-eighth to one-fourth of the likelihood of admission as African-American applicants with comparable academic credentials.

Yale says it relies on a holistic review of applicants, including academics, leadership experience, their backgrounds and more.

That universities should be allowed to consider an applicant’s race, in a limited fashion, in crafting their undergraduate classes is supported by four decades of Supreme Court precedents. Schools say diverse campuses have educational benefits, such as better preparing students for the global workforce.