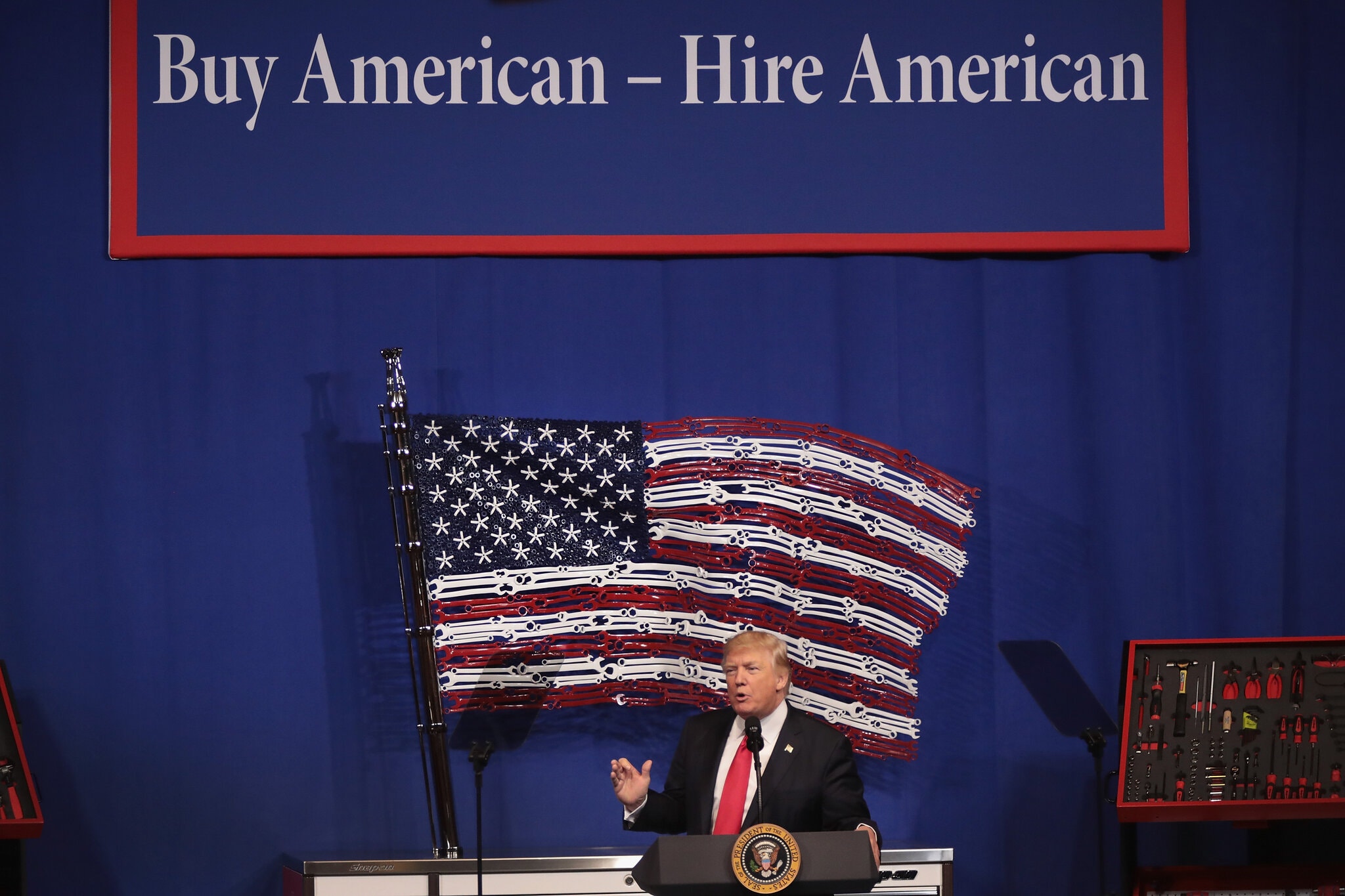 Four weeks before the election, the Trump administration has announced stricter rules for the H-1B visa program, which U.S. companies have long valued.

Top administration officials framed the changes as a way to protect American jobs during the coronavirus pandemic, even though the Trump administration first committed to overhauling the program in 2017 as part of its efforts to reduce the number of foreign citizens employed in the United States.

“With millions of Americans looking for work, and as the economy continues its recovery, immediate action is needed to guard against the risk lower-cost foreign labor can pose to the well-being of U.S. workers,” Patrick Pizzella, the deputy secretary of labor, told reporters on Tuesday.

The rules will directly affect foreign workers and employers, especially tech companies that have long supported the H-1B program and pushed hard for its expansion.

Kenneth T. Cuccinelli, the acting deputy secretary of homeland security, said he expected the changes to cut by one-third the number of petitions filed annually for the coveted visas.

The changes will be published this week as interim final rules, meaning that the agency believes it has “good cause” to claim exemption from the normal requirement to obtain feedback from the public before completing them.

Immigration lawyers and experts predicted that the changes would be swiftly challenged in court because they bypassed the normal regulatory process.

“The public hasn’t even seen these regulations yet and won’t have the usual opportunity to provide comments, as required by Congress,” said Doug Rand, a founder of Boundless Immigration, a technology company in Seattle that helps immigrants obtain green cards and citizenship. “Given the inevitability of court challenges, it seems like slim odds that these policies are built to last.”

The government issues 85,000 H-1B visas each year, often using a lottery to award them because the number of workers sought by companies almost always surpasses the number of available visas. Many workers are eventually sponsored by their employers for green cards to remain permanently in the United States.

The Tenants Who Evicted Their LandlordThe Three-Child American Family, Under SiegeMoving On Up to Her First Manhattan Purchase. What Could She Find for Under $800,000?

Some critics suggested that the changes, which came less than a month before the election, were politically motivated.

“Why this, why now, and why is it an interim final rule?” said Theresa Cardinal Brown, the director of immigration and cross-border policy at the Bipartisan Policy Center. “There’s no estimate of the amount of jobs this would actually free up for U.S. workers. It’s a bank shot at best.”

The Labor Department rule, which takes effect upon publication, would increase wages across the board for foreign workers, based on surveys of salaries in each profession. Companies would have to pay entry-level workers in the program in the 45th percentile of their profession’s salary rather than the 17th percentile. Wages for higher-skilled workers would rise to the 95th percentile from the 67th percentile.

“It will also likely result in higher personnel costs for some employers,” according to the Labor Department rule. “The purpose of protecting U.S. workers outweighs such interests and justifies such increased costs,” the agency added.Election 2020 ›

But Stephen Yale-Loehr, a professor of immigration law at Cornell Law School, said the rule would have the opposite effect.Sign up to receive an email when we publish a new story about the 2020 election.Sign Up

“By increasing the required wages, the new rules will harm all employers trying to hire foreign workers, but especially start-up companies and smaller firms who may not be able to meet the increased wage requirements,” he said.

The Department of Homeland Security’s rule, which takes effect in 60 days, would also tighten the eligibility for visa applicants. The rule would require the foreign workers to have a degree in the “specialty occupation” they apply for, rather than any college degree. Some would also need to show how their studies provided “a body of highly specialized knowledge” for a potential job in the United States.

The largest share of H-1B visa holders are employed by the tech sector, where they work as computer engineers and software developers. The visas are also issued to architects, accountants and physicians, among other professionals.

The rule will almost certainly have an adverse effect on rural hospitals and other health care providers that depend on a steady pipeline of physicians from abroad because they cannot attract enough American doctors, who generally prefer to practice in urban areas.

“Entry-level doctors in rural areas will have to be offered experienced-level wages, which may be more than their supervisor is being paid,” said William A. Stock, an employment immigration lawyer in Philadelphia. “This will further restrict the supply of doctors willing to move to parts of rural America. It will put providers in a jam that they can’t afford to hire foreign-born doctors.”

The H-1B rule comes on the heels of a proclamation signed by President Trump in June that suspended an array of worker visas until at least Dec. 31. Groups representing thousands of businesses challenged that proclamation, which affected H-1Bs, H-2B seasonal work visas, L-1 visas for executives being transferred by companies and cultural-exchange J-1 visas, including au pairs.

The groups won a reprieve last week, when a federal judge ruled that Mr. Trump had overstepped his authority in banning the visas.

“There must be some measure of constraint on presidential authority in the domestic sphere in order not to render the executive an entirely monarchical power,” the judge said.

His order was at odds with an earlier decision by a federal judge in Washington, which ensured that an appeals court would make the ultimate determination.

But it immediately set aside the ban for companies that employed large numbers of foreign workers.

The growth of the information technology, research and development, and science sectors of the economy has forced American firms to scour the world for talent. To bring workers they need into the United States, American companies sponsor their H-1B work visas. The rapid pace of technological and scientific development is best fostered by an open immigration regime. Unfortunately, America is far from that today. Highly skilled foreign workers are typically well educated, English speaking, and young. They receive high levels of compensation, do not consume social programs, and do not commit crimes more than the general population. Moreover, there is little direct competition between foreign highly skilled workers and similarly skilled Americans. Foreign workers complement American workers and push them into different higher paying occupations.