Survey suggests US higher education will bounce back in 2022

Are Special Envoys All That Special Anymore? 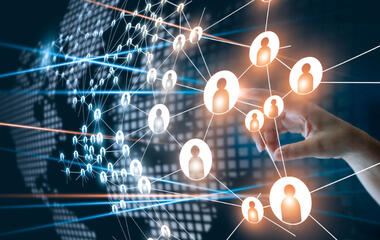 While grossly uneven, the roll-out of COVID-19 vaccines is ushering in a new chapter in the pandemic in terms of global student mobility.

Many students, and university staff who work to support them, have grounds for cautious optimism that overseas study and travel conditions will continue improving, even if haltingly.

International student recruitment professionals, for their part, are no longer witnessing a severe downturn in enrolments; that shoe has already dropped. Instead, those fortunate enough to have avoided redundancy now have the opportunity to envision what a return to a ‘new normal’ might look like.

During the pandemic, these companies worked overtime, seeking support and updates from their institutional partners and sharing the same with students.

But making this work was far more difficult. Anecdotal reports suggest that the pandemic forced many agencies to eliminate staff positions, with some going out of business altogether as their income plummeted.

Other agencies were forced or decided to use the opportunity to make changes to their business models, with many moving entirely or at least mostly online. At the same time new agencies with entirely new models emerged and the agent aggregator became a much more visible entity.

Will the prevailing compensation model – per-capita commissions, paid to agents only if a referred student enrols – make this recruitment method more appealing to institutions that find themselves under unprecedented financial duress?

And will the compensation model change as universities increasingly compete with each other for the attention of international students and as agencies become ever more critical to institutional enrolment success?

How will agents engage with students going forward? The pandemic dramatically accelerated a trend previously under way: students obtaining ever more information and advice virtually, via a profusion of online channels.

Will brick and mortar agency storefronts go the way of the dinosaur, with owners concluding that the only way to survive, if not thrive, is to continue to meet students where they are, as the saying goes – namely online?

And how will the growth of aggregators change the relationship between university and prospective student?

These and many other unanswered questions abound.

A growing body of research and best practice documentation has begun shining light on the hitherto opaque activity of international student recruitment agencies, how universities work with them and how governments and other stakeholders exercise oversight.

One of the most salient conclusions one can draw from this work is also the least surprising: that practice varies, often considerably, across the world.

In the United Kingdom, there is no official national data on the use of agents, but a recent survey by the British Universities’ International Liaison Association suggests that 45% to 55% of international students had used the services of an education agent, and agents have collectively made a contribution of £11.88 billion (US$16.8 billion) to the UK economy.

While there is a wide recognition of the benefit of using agents, managers have continued to express concerns over potential risks associated with outsourcing a key function of the institution, particularly over the use of sub-agents and lack of transparency in communicating the agency relationship to student clients.

The Quality Assurance Agency for Higher Education’s guide, Supporting and Enhancing the Experience of International Students in the UK, advises universities to make up-to-date lists of appointed agents public and make clear to students that agents offer a service for which they are paid by providers.

There is little evidence that either recommendation is uniformly complied with. While the United Kingdom’s consumer protection body for students, the Office for Students, has raised questions about the role of agents in its review of university admissions, it is yet to report on the matter or go as far as to issue any formal guidance or regulation.

The National Association for College Admission Counseling found that, as of 2017-18, 36% of respondents to its Admission Trends Survey reported using commission-based agents, with another 27% actively considering doing so.

Policy changes and best practices advanced by the association have contributed to this growth, as did the 2008 formation of the American International Recruitment Council, a non-profit standards development organisation.

More recently, the US State Department’s EducationUSA – a network of overseas advising centres – reversed a long-standing policy that prohibited its personnel from collaborating with recruitment agents in favour of what’s construed as a more inclusive approach.

In Canada international student enrolment has tripled over the past decade due to concerted efforts by institutions and favourable government policies regarding pathways to permanent residency, both aided by a comparatively unwelcoming environment south of its border.

This increase in student demand has almost surely been boosted by a corresponding growth in international student recruitment agent activity, though more research is needed to detail this claim.

The Role of Education Agents in Canada’s Education Systems, commissioned by Canada’s Council of Ministers of Education, is a superb report, but it was published in 2013, when international enrolment in Canada was a small fraction of what it is today.

Australia and New Zealand have also attempted to steer the way higher education institutions work with agents by introducing legally binding agent standards, with a wide array of requirements. However, the extent to which these standards have been able to protect international students’ rights has been questioned.

In China, the leading country of origin of international students in Australia, New Zealand, the US and the UK, agency organisations like the Beijing Overseas Study Service Association serve as an industry-led forum for professional development and best practice promotion.

In Hong Kong, related efforts have focused on consumer protections, with the Hong Kong Consumer Council recently publishing a report on “Overseas Education Advisory Services” highlighting a dearth of safeguards for students.

India has also witnessed the development of industry-led efforts to advance good practice, a prominent example being the Association of Australian Education Representatives in India. And like China, India has recently begun emerging as a destination country in its own right, not merely a ‘sender’ of international students.

Akin to their Western counterparts, Indian and Chinese universities engage international student recruitment agents, but this activity has not been well studied.

Similarly, international student mobility between countries which are neither leading receivers nor senders of students – and agents’ roles in fostering it – has received comparatively scant attention from policy-makers and researchers.

Who is aggregating who?

The ‘new’ phenomenon of super agents or agent aggregators has been getting a lot of attention in both the educational and investment press recently. The reality, however, is that agent aggregators are nothing new.

Large agencies, especially in China and in India, have always worked with smaller agencies, funnelling student applications through a central point and sharing commissions. Universities have generally ignored sub-contracting despite it being prohibited in many of the university-agent contracts analysed as part of Huang et al’s study “Governance of agents in the recruitment of international students: A typology of contractual management approaches in higher education”.

Sub-contracting has allowed some of the large agencies to keep growing, cementing their position in the market and their power relationship with universities.

But it has also provided an important route for smaller agencies and their students, especially those in areas less frequented by international office staff, to access universities, information and support about the admissions process.

And it has allowed universities to keep growing international student intake through agents without having to increase resources going into agent management, support and monitoring.

Two things which have changed more recently which have raised the profile of aggregators are technology and the influx of private equity (PE) and venture capital (VC).

At the same time, PE and VC funds, which have recognised the value of international student mobility as a multi-billion-dollar industry for some time through their investments in pathway programmes, have taken the opportunity to expand their reach across the supply chain and invest directly in high margin student recruitment.

So should universities be afraid of agent aggregators? This will really depend on how reliant they become on aggregators – or even a single aggregator – in the way some have become reliant on agents in general, and how far the aggregators squeeze the universities for higher commissions and their aggregated agencies for a large slice of the commission pie.

Host nations and institutions celebrate the myriad contributions made by international students, including, yet far from limited to, the financial investments they make in tuition, accommodation and other spending in the local economy. Agents play an integral role in supporting this multi-billion-dollar or pound activity, yet many aspects of their work remain unclear.

And, not coincidentally, a lack of transparency is itself a frequent criticism of this recruitment method. International students and their families are typically unaware of the different commissions an agent stands to earn depending upon where a student enrols – a misalignment of interests, if not an outright conflict, that is a feature of and not just a bug in prevailing practice.

Universities also lack a clear view of the inner workings of their agent partners, particularly with regard to sub-agents. Despite the important role sub-agents play in generating applications – and, in effect, representing universities overseas – international offices have nearly no direct involvement with them. The risks inherent in these arrangements, in terms of potential misinformation, reputation and student welfare, are considerable.

Stepping fully into the light

In its 2014 publication The Agent Question, the Observatory on Borderless Higher Education concluded that evolving regulation could help minimise the potential for bad practice and that the “industry needs to step fully into the light”. We wholeheartedly agree.

To further understanding, we hope that researchers, practitioners, policy-makers, regulatory bodies and others will join forces to devote greater attention to the work of international education agencies.

To that end, we are glad to announce a new publication in development, Student Recruitment Agents in International Higher Education: A multi-stakeholder perspective on challenges and best practices.

Topics to be covered include developing an agent engagement strategy, contractual and relational governance of agent relationships, enhancing transparency, financial compensation, information asymmetries, due diligence and monitoring, government regulations, agent accreditation and certification and emerging trends (such as agent aggregators).

In addition to institutional perspectives, we aim to include those of agents themselves – and students and their families. The call for chapter proposals is here.

We hope this publication will prompt critical conversations and generate new knowledge to benefit agents, the universities which engage them, regulatory bodies and – most importantly – the countless students whose futures are influenced by the integrity of this work.