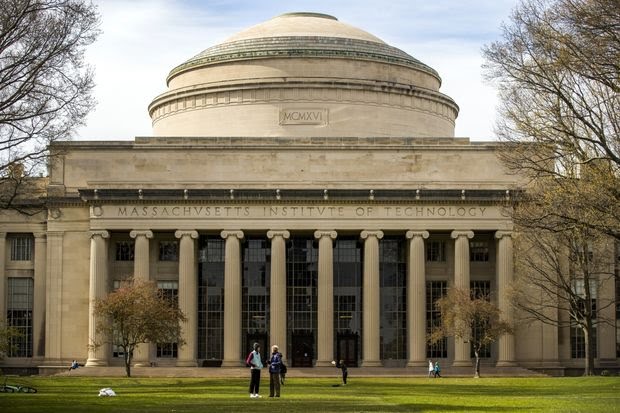 Harvard University and the Massachusetts Institute of Technology sued the Trump administration in federal court Wednesday over new rules barring international students from staying in the U.S. while taking classes entirely online this fall.

The suit, filed in the U.S. District Court for Massachusetts, seeks a temporary restraining order prohibiting the government from enforcing rules that were laid out Monday by U.S. Immigration and Customs Enforcement governing how foreign students can—and can’t—enroll at U.S. universities this fall in light of the coronavirus pandemic.

Among the restrictions: Those foreign students attending schools offering classes only online can’t be in the U.S. to take their web-based courses, and those whose schools are offering hybrid or in-person classes must be here to participate. Colleges and foreign students swiftly criticized the rules, saying they erected unnecessary obstacles that would prevent some from continuing or beginning their academic careers.

“ICE’s action proceeded without any indication of having considered the health of students, faculty, university staff, or communities…or the absence of other options for universities to provide their curricula to many of their international students,” the suit states.

ICE, its parent agency the Department of Homeland Security and their acting leaders are named in the suit.

Ken Cuccinelli, a top official at the Department of Homeland Security, said on CNN Tuesday that the policy was designed in part to “encourage schools to reopen.” His words are cited in the universities’ lawsuit.

During a pandemic, should universities or the Trump administration determine which students can be on campus and in what form classes are held? Join the conversation below.

An ICE spokeswoman said she couldn’t comment on pending litigation.

There were nearly 1.1 million international students at U.S. colleges in the 2018-19 academic year, including those working after graduation while on student visas.

They provide much-needed tuition revenue for many schools, as overseas students often pay full freight, and a drop in enrollment could result in a significant financial hit for schools. Institutions and students also say being around those from diverse backgrounds enriches classroom discussions and the campus environment.

“We believe that the ICE order is bad public policy, and we believe that it is illegal,” Harvard President Lawrence Bacow wrote to the school community Wednesday morning. Harvard announced plans this week to bring up to 40% of its undergraduate students back to campus this fall, mainly first-year students, and conduct remote classes. Its graduate programs have detailed a range of fall plans. “We hope and intend to resume full in-person instruction as soon as it is safe and responsible to do so. But, until that time comes, we will not stand by to see our international students’ dreams extinguished by a deeply misguided order. We owe it to them to stand up and to fight—and we will.”

MIT is focusing on having undergraduate seniors and many graduate students on-site this fall. Those on campus will have a mix of in-person and online classes, while others will take courses remotely.

MIT President L. Rafael Reif told his school that ICE’s announced plan “disrupts our international students’ lives and jeopardizes their academic and research pursuits,” adding that it is causing chaos among schools and students. “ICE is unable to offer the most basic answers about how its policy will be interpreted or implemented,” he wrote.